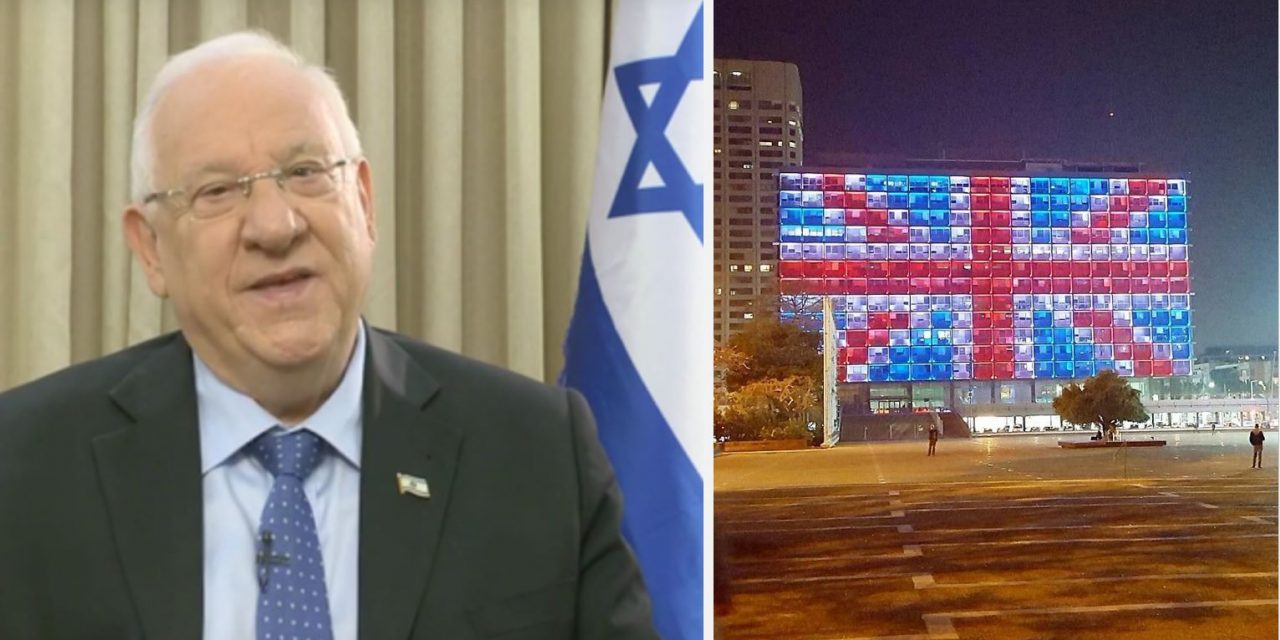 Israeli President Reuven Rivlin has sent a letter to The Queen expressing horror and sadness following the terrorist attack at a concert in Manchester.

“I write with deep sorrow and anguish to express my own heartfelt condolences and those of all the Israeli people, following the atrocious terror attack against the people of Manchester last night,” he wrote.

“This violent and evil attack, which destroyed so many young lives, demands unequivocal condemnation by all. The whole world must stand united against this threat to our very civilisation. I wish to reassure you that Israel stands with the United Kingdom in the fight against terrorism.”

He added: “Our deepest sympathies go to all the bereaved and our wishes for a full and swift recovery to all the injured.”

Meanwhile, Tel Aviv showed solidarity with Manchester and the UK by lighting its city hall in the colours of the Union Flag on Tuesday night.

A sad morning here in @TelAviv as our hearts go out to the people of #Manchester. Tonight we will light the Municipality with Union Jack. pic.twitter.com/RcRXu3kcbk

PM Minister Netanyahu also spoke about the terror attack in Manchester saying, “it is our job to make sure they [terrorists] lose. We will defeat them”. The Israeli PM was speaking during a visit to Yad Vashem with President Trump.

US President Donald Trump also expressed his condolences in a press conference in Bethlehem, as he met Palestinian Authority president Mahmoud Abbas on Tuesday. Trump said: “So many young, beautiful, innocent people living and enjoying their lives murdered by evil losers in life.”