“America is back” – President Trump completes historic trip to Israel 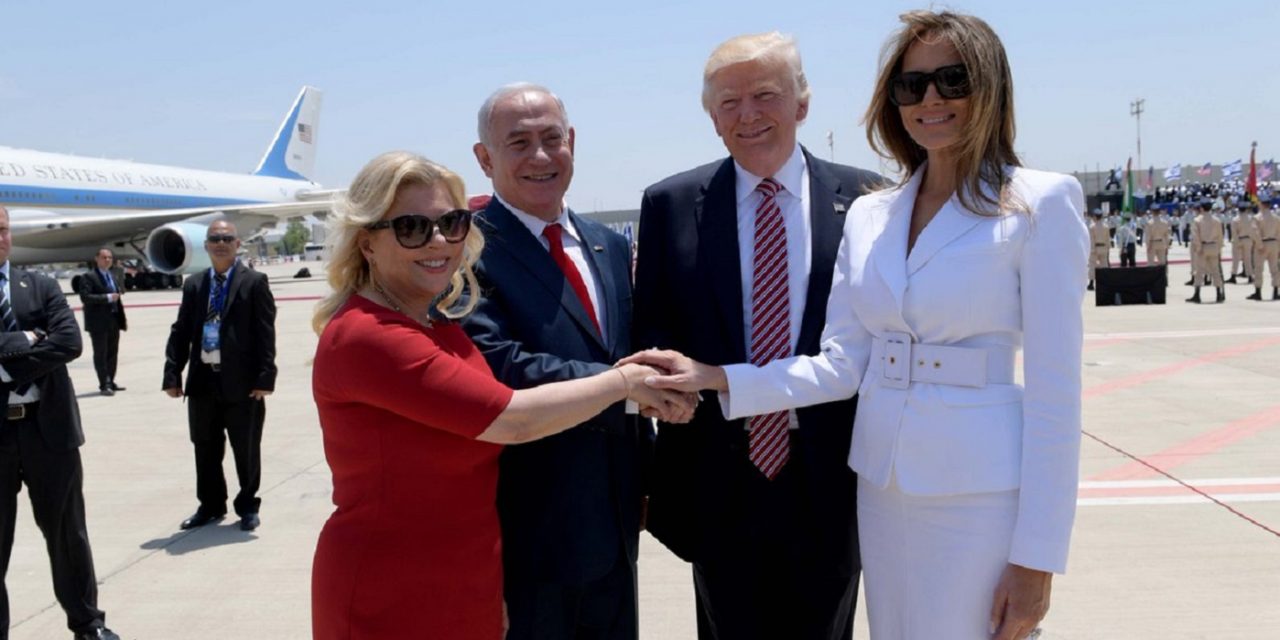 President Donald Trump has completed a successful visit to Israel during his first overseas tour since taking office. During the trip, Trump became the first sitting President to visit Jerusalem’s Old City and pray at the Western Wall.

We take a look at some of the highlights from the historic visit.

“Rare opportunity for security and peace”

Upon arriving at Ben Gurion Airport, Trump reaffirmed the unbreakable bond between Israel and the US and expressed hope for security and peace in the Middle East.

“On my first trip overseas as president, I have come to this sacred and ancient land to reaffirm the unbreakable bond between the United States and the State of Israel,” Trump stated at a welcoming ceremony hosted by Prime Minister Benjamin Netanyahu and President Reuven Rivlin.

“It is wonderful to be here in Israel,” he continued. “In this land so rich in history, Israel has built one of the world’s great civilizations, a strong, resilient, determined and prosperous nation.”

“It is also a nation forged in the commitment that we will never allow the horrors and atrocities of the last century to be repeated,” he added, on obvious reference to the Holocaust.

Referring to his visit to Saudi Arabia over the weekend, Trump said he has “found new reasons for hope” and “reached historic agreements to pursue greater and greater cooperation in the fight against terrorism and its evil ideology.”

Rivlin to Trump: “America is back again”

During a joint press conference at his Jerusalem residence, Israeli President Reuven Rivlin welcomed President Trump to Israel  by saying he was glad to see America back in the neighborhood.

“Mr. President, we are happy to see that America is back in the area,” Rivlin said during a joint public statement with Trump. “America is back again.”

Rivlin conveyed Israel’s full intention to join President Donald Trump in his efforts to root out terrorism in the Middle East.

A great pleasure to welcome President & First Lady Trump. The world & the ME needs a strong US, and we're stronger together @POTUS @FLOTUS pic.twitter.com/6ytzw09gz7

“You marked the defeating of ISIS as one of your top missions,” Rivlin noted. “This is a most important objective. Israel will do everything in its power in order to assist you in this mission.”

Trump also affirmed a need for both countries to join forces to combat terror groups like ISIS.

“This moment in history calls for us to strengthen our cooperation as both Israel and America face common threats from ISIS and other terrorist groups to countries like Iran that sponsor terrorism and fund and foment terrible violence, not only here, but all over the world,” he said.

Rivlin stressed a need “to be sure that Iran is out, out of our borders, out of Syria, out of Lebanon.”

Trump emphasized that Israel’s Arab neighbors share its concerns about Iran, which has brought them closer to a rapprochement with the Jewish state.

“Most importantly the United States and Israel can declare with one voice that Iran must never be allowed to possess a nuclear weapon and must cease its deadly funding, training, and equipping of terrorists and militias and it must cease immediately,” Trump added at the press conference.

An Almond tree was planted in @PresidentRuvi garden in honor of @POTUS visit, featuring a quote from Psalms in Hebrew, English & Arabic. pic.twitter.com/QcBjvSCRUd

In a historic moment, the President placed a note inside a crack between the weathered, massive 2000-year-old ashlars of the Wall in the Old City. His son-in-law Jared Kushner and US Secretary of State Rex Tillerson also touched the wall and prayed, whilst Trump’s wife Melania visited the women’s section with the president’s daughter, Ivanka.

US President Donald Trump, in several speeches throughout his two-day visit to Israel, notably did not endorse an independent Palestinian state.

Trump and Palestinian Authority (PA) head Mahmoud Abbas discussed the prospects for peace between Israel and the Palestinians during a press conference in Bethlehem on Tuesday. While the US president called for the resumption of peace talks, he notably stopped short of endorsing the idea of a Palestinian state.

He spoke in general terms of his belief that the time is ripe to reach a deal, but made not mention of a two-state solution.

Oded Revivi, chief foreign envoy of the Council of Judea and Samaria, praised Trump’s statements, saying, “The president didn’t mention two states in his Bethlehem statements, just peace. We hope this means that we have moved on from this failed policy and will now work together to build true and lasting peace from the ground up.”

Mr. President, thank you for your historic visit, for your unbelievably moving gestures in a concentrated 36 hour period in Israel. pic.twitter.com/miYEsWiwTw

“From the depths of the suffering, the Jewish people have built a mighty nation”

On the second and last day of Donald Trump’s whirlwind visit to Israel and the Palestinian Authority, the US president spent 30 minutes at the Yad Vashem Holocaust Memorial in Jerusalem Tuesday afternoon.

“We are here at Yad Vashem to honor the memory of six million Jews who were sent to their deaths. Words can never describe the bottomless depth of that evil,” Trump declared.He referred to the Holocaust as history’s “darkest hour.” It was “the most savage crime against God and His children, and it is our solemn duty to mourn every life that was so viciously taken.”

Accompanied by his wife, Melania, and daughter and son-in-law Ivanka Trump and Jared Kushner, the president laid a wreath, carried by two American Marines in formal uniform.

In his remarks, Trump praised the Jewish people for persevering after the tragedy: “They have thrived. They have become so successful in so many places. The State of Israel is a strong, a soaring monument to the solemn pledge we repeat and affirm: Never again.”

“From the depths of the suffering, the Jewish people have built a mighty nation,” Trump stated.

“As long as we refuse to become bystanders to the barbaric, then we know peace and justice will ultimately prevail,” the US president concluded.

“My Administration will always stand with Israel”

The President completed his visit with a keynote speech at the Israel Museum, where he pledged that his administration will always stand with Israel.

In his speech, Trump supported Jewish ties to Jerusalem,

“Jerusalem is a sacred city. Its beauty, splendor and heritage are like no other place on earth. What a heritage. The ties of the Jewish people to this Holy Land are ancient and eternal. They date back thousands of years, including the reign of King David whose star now flies proudly on Israel’s white and blue flag,” he said.

Trump also spoke of his visit to the Western Wall and the Church of the Holy Sepulcher, praying at both.

Yesterday, I visited the Western Wall, and marveled at the monument to God’s presence and man’s perseverance – I was humbled to place my hand upon the wall and to pray in that holy space for wisdom from God.  I also visited and prayed at the Church of the Holy Sepulcher, a site revered by Christians throughout the world.”

He added, “This city, like no other place in the world, reveals the longing of the human heart – to know and worship God.”

Finally, his strong, unwavering support for Israel and the Jewish people was loud and clear.

“I stand in awe of the accomplishments of the Jewish People, and I make this promise to you: My Administration will always stand with Israel.”