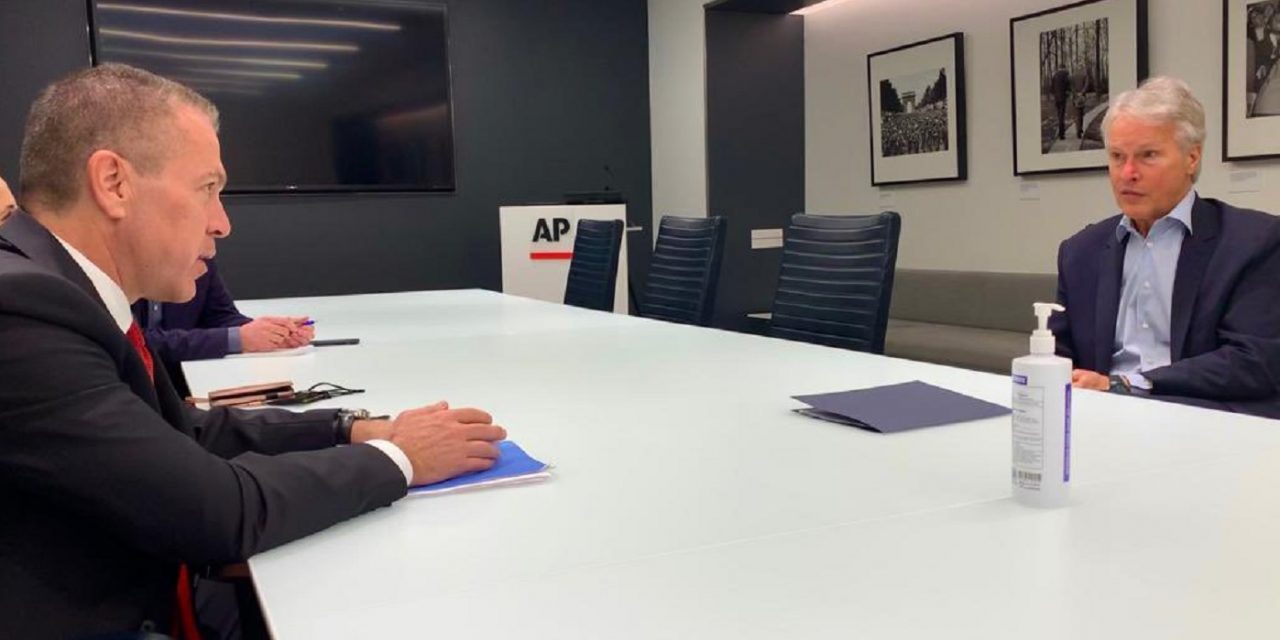 Israel has shared with the Associated Press (AP) specific information about how an office block that it shared in Gaza was being used by Hamas to try and jam Israel’s anti-missile system.

Israel has defended its reasons to target the high rise building, which it gave notice to evacuate, but has this week offered to rebuild AP’s offices as a good-will gesture.

The strike on Gaza’s Jala Tower on 15 May, caused international outrage as it housed a number of media organisations including the AP and Al Jazeera, but was also being used by Hamas’s military intelligence services.

But on Tuesday Israeli Ambassador to the United States and United Nations Gilad Erdan offered more detail, saying: “The unit was developing an electronic jamming system to be used against the Iron Dome [anti-missile] defense system.”

Erdan gave the explanation during a meeting with AP President and CEO Gary Pruitt in New York and later released a series of tweets outlining Israel’s position.

“Israel did everything it could to make sure that no employees or civilians were hurt during this important operation,” he said, offering to help rebuild AP’s Gaza bureau and noting that he couldn’t imagine AP employees being aware of Hamas’ activities on the site.

Yesterday I visited the AP HQ in New York to explain to top executives that the building housing their Gaza operation was being used by Hamas terrorists trying to jam the Iron Dome – that is why it was prioritize by the IDF during last month’s operation.

AP is one of the most important news agencies in the world and Israel does not suspect its employees were aware a covert Hamas unit was using the building in this way.

“Israel did everything to ensure no employees or civilians were hurt during this operation. In contrast, Hamas is a genocidal terrorist organization that purposely places its terror machine in civilian areas, including in buildings being used by international media outlets.

I reaffirmed that Israel upholds the importance of press freedom and strives to ensure the safety of journalists wherever they are reporting. Israel is willing to assist AP in rebuilding its offices and operations in Gaza.

Yesterday, I visited the @AP HQ in New York to explain to top executives that the building housing their Gaza operation was being used by Hamas terrorists trying to jam the Iron Dome – that is why it was prioritize by the IDF during last month’s operation. 1/4 pic.twitter.com/3lO3SpBSTN

Though AP called the conversation “positive and constructive,” saying it appreciated Erdan’s explanation of Israel’s claims that the unit in the building posed an “urgent threat,” it nevertheless released a statement saying: “We have yet to receive evidence to support these claims. AP continues to call for the full release of any evidence the Israelis have so that the facts are public.”

The Israel Defense Forces (IDF) also released a statement claiming Hamas kept special equipment in the Jala Tower building for the purpose of disrupting Israel’s Iron Dome: “The strike was designed to collapse the building in order to ensure the destruction of the special means [to disrupt]. The target was of high military value to Hamas and was vetted according to rigorous procedures within the IDF and in accordance with international law.”