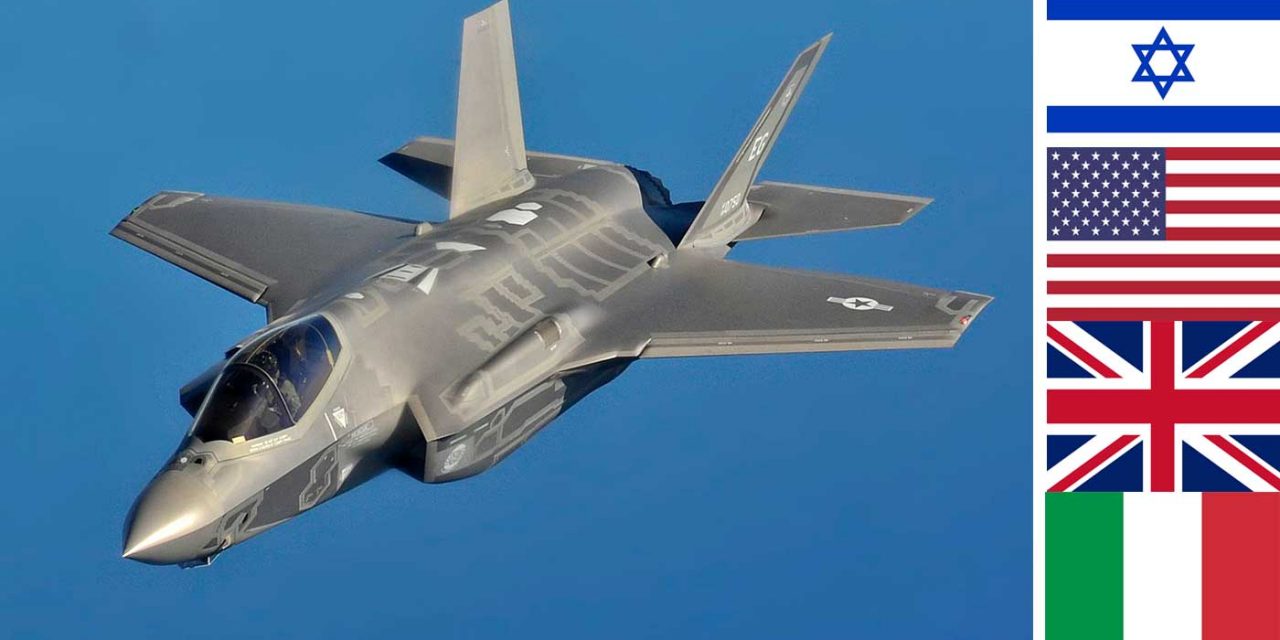 Italy, the UK, the USA and Israel are taking part in joint military exercises this week, with Israel confirming that training for aerial strikes on Iran was a focus for the Israeli team.

F-35s from four nations came together in a large-scale exercise hosted by Italy.

Known as Falcon Strike 21, this is a multinational exercise hosted by Italy, where F-35s and other advanced fighter jets came together for large-scale exercises between 7th and 15th June 2021.

The US Air Force said:

“The exercise optimizes the integration between fourth-generation and fifth-generation aircraft, increases the level of cooperation in the F-35 logistics and expeditionary fields, and strengthens interoperability of allied and partner air forces during joint operations.”

“This year’s exercise is hosted by Italy and will provide multinational forces with the opportunity to test and improve shared technical and tactical knowledge while conducting complex air operations in a multinational, joint force environment.”

“Amendola Air Base is the main operating base for Falcon Strike 21 and all training scenarios will take place in Italian air space.”

The IAF's delegation to the "Falcon Strike" exercise in Italy would like to wish you Shabbat Shalom! 🙏 pic.twitter.com/0cCqgqRNxi

A senior Israeli Air Force officer acknowledged that in part, this drill was meant to prepare Israeli pilots for using the fighter aircraft against Iranian forces.

“Iran is in our focus,” the senior officer said, speaking to reporters on condition of anonymity, Times of Israel reported.

Six Israeli F-35I Adir fighter jets from 116th and 140th Squadrons were deployed from Nevatim to Amendola to participate in the drills.

“Our Adir (F-35I) Division has recently touched down in Italy as part of its first-ever overseas deployment and will begin training alongside our friends from the Italian Air Force, U.S.A.F., Royal Air Force (RAF),” Israel Air Force (IAF) tweeted Sunday.

“Throughout the exercise, the IAF will drill a wide variety of operational scenarios to enhance the operational capabilities of the F-35 while strengthening international cooperation.”