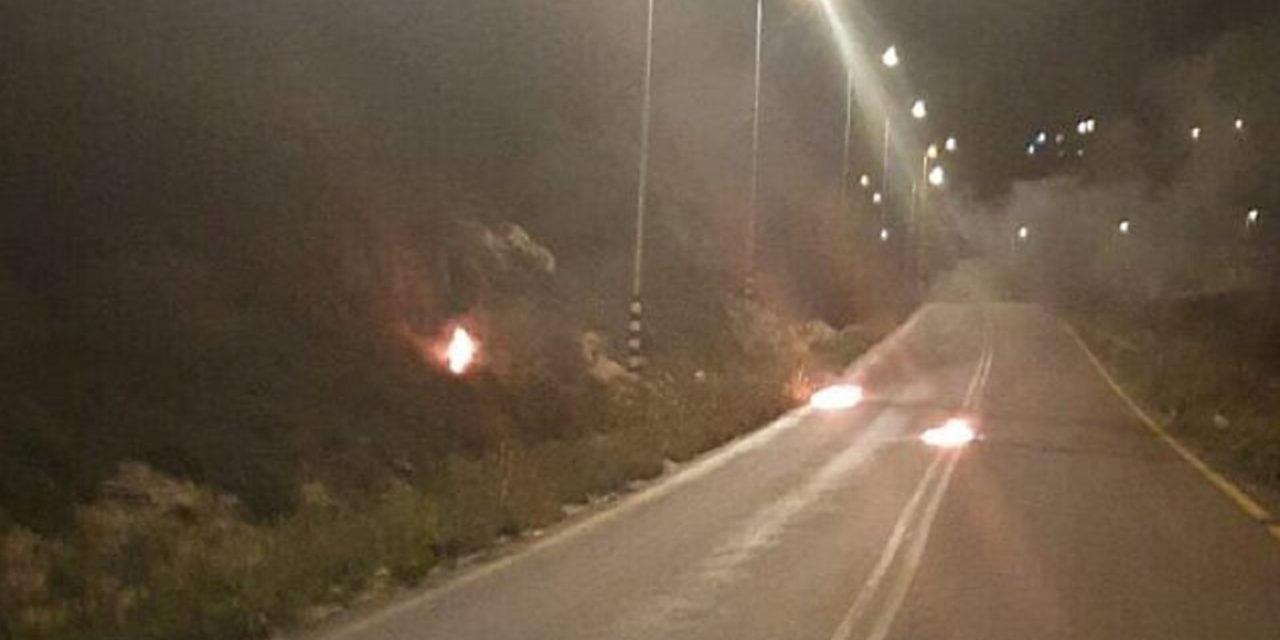 Israeli border police miraculously escaped a jeep that was struck by a firebomb outside Yitzhar in the West Bank (Judea & Samaria).

Senior Israeli officials on Friday denounced the firebombing with IDF generals referring to the incident as a “serious terror attack,” while government ministers refrained from such a designation, condemning it instead as an “act of violence.”

Prime Minister Benjamin Netanyahu referred to the attack — in which three firebombs were thrown at the vehicle — as a “double crime” as the police are involved in the country’s efforts to combat the coronavirus pandemic.

No officers were injured in the incident, but damage was caused to the jeep, the Border Police said in a statement.

“I fully denounce the severe act of violence against Border Police troops that was carried out tonight. Security forces are protecting all of us. It is always a crime, but it is a double crime, doubled at this time as border guards and police troops are helping us get through the coronavirus crisis,” Netanyahu said.

While politicians refrained from referring to the attack as an act of terror, both the Israel Defense Forces and Border Police explicitly described it as such.

IDF Chief of Staff Aviv Kohavi furiously denounced the firebombing as a “most severe terror attack, which violates the foundations of the state and undermines it.”

The head of the IDF Central Command, which is responsible for the West Bank, similarly condemned the Molotov cocktail attack and identified those responsible as being from the Kumi Ori outpost.

“While the State of Israel is dealing with a number of challenges, including the coronavirus, a criminal youth from the Kumi Ori hilltop chose the path of terror and threw Molotov cocktails at Border Police troops who were on a security mission in the [Yitzhar] community,” said Maj. Gen. Nadav Padan.

“This was the most serious incident that could have ended with physical harm,” he said.

“We will act diligently against these criminals. I fully denounce violence of all kinds against civilians, police officers and soldiers,” Padan added.