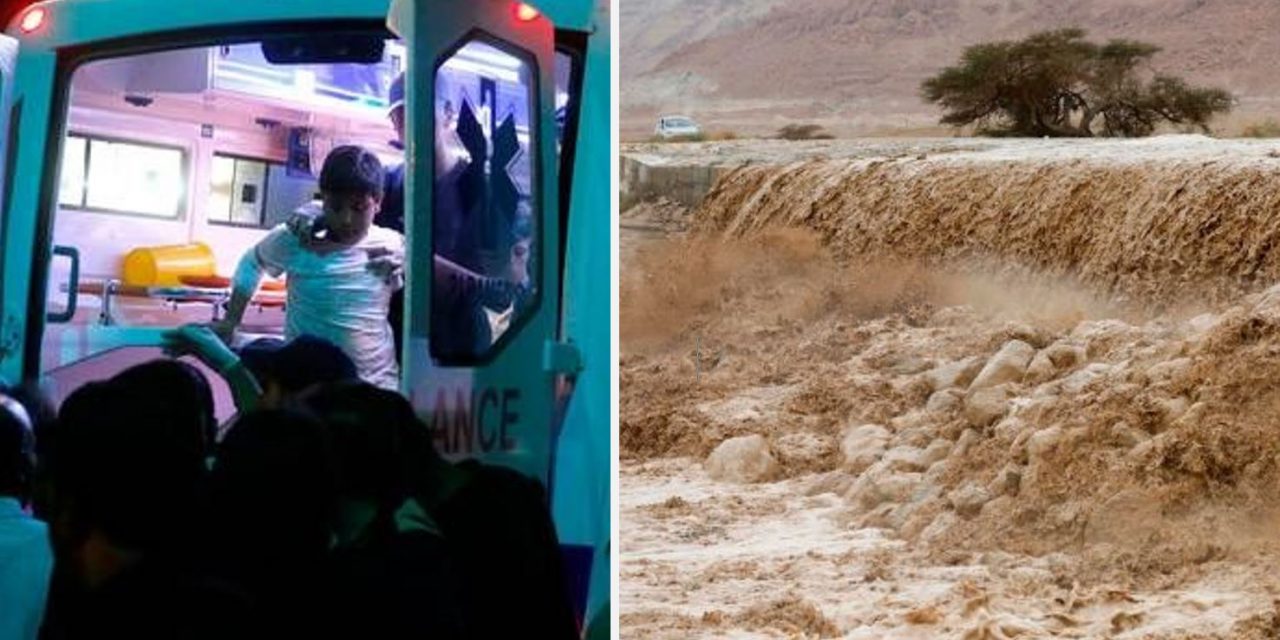 IDF and civil rescue teams have been dispatched to Jordan after a bus carrying 37 schoolchildren and seven teachers was swept away by flash floods on the Jordanian side of the Dead Sea.

The death toll from flash floods near Jordan’s shore of the Dead Sea rose to 20 on Friday and several are still missing, in what Civil Defense officials said was one of the deadliest incidents in the kingdom involving schoolchildren.

Thirteen of the dead and 26 of about three dozen people wounded in Thursday’s flash floods were middle school children, officials said.

The incident began early Thursday afternoon when 37 students from an Amman private school, along with seven adult chaperones, as well as other visitors were taking a break at hot springs several kilometers from the Dead Sea shores. Sudden heavy rains sent flash floods surging toward them from higher ground, sweeping them away, some as far as the Dead Sea, officials said.

The IDF sent helicopters and soldiers from the Air Force’s elite 669 search and rescue unit following a request from the Jordanian government.

Israel’s military said it dispatched helicopters from the elite search-and-rescue Unit 669 at the request of the Jordanian government.

The Air Force said after midnight that the rescue mission had returned to Israel.

“We are especially able to sympathize with the Jordanian families because we also experienced a similar tragedy last April, when 10 students perished following torrential rains that caused flash floods during their trip in the desert,” Maj. Gen. Kamil Abu Rokon wrote on the Arabic Facebook page of the Defense Ministry’s liaison to the Palestinians.

“May we know no more devastating tragedies as these.”