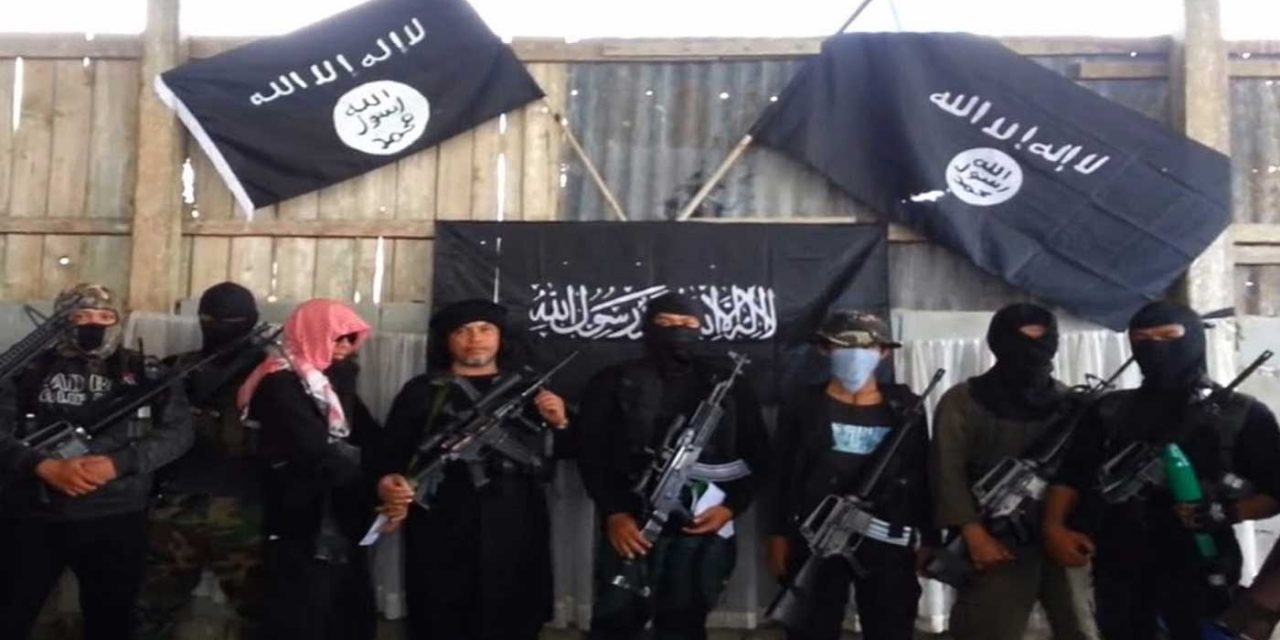 Islamic State (ISIS / ISIL) are praising the actions of Jihadists in the city of Marawi in the Philippines for executing “belligerent Christians” in the area. Hundreds-of-thousands have fled, thousands are being held captive and hundreds are dead since fighting began in late May.

Video footage was released by the terror group showing Filipino Christians being executed in a similar style to how ISIS has murdered Christians Syria and Iraq. The Christian men all wearing bright orange t-shirts, are bound by the hands and forced to kneel before being shot dead from close range.

The siege on Christians is horrific. There are estimates that more than 1,500 people are being held hostage with families trapped in their homes without running water or electricity – many of whom are near starvation. Zia Alonto Adiong, a local politician managing rescue and relief efforts aid that in a text message pleading for help, one family said they had ‘started to eat their blankets’.

Some Christians are borrowing Muslims’ hijabs from their Muslim neighbours in order to safely flee the militants who are ruthlessly killing those who do not know the Quran.

It is not new for ISIS to target Christians, but now they are becoming more confident and boasting of their jihad in Christian majority countries. Writing in the latest issue of “Rumiyah” (the online magazine of ISIS) titled “The Jihad in East Asia”, the terror group said: “The soldiers of the Khilafah in East Asia stormed the city of Marawi in the southern Philippines on the island of Mindanao, chased out the local police and the military, and raised the banner of the Islamic State.”

The city has been under siege by Islamist fighters for the past three weeks with government forces struggling to win the war against the jihadists.

In late May, Filipino jihadist groups loyal to ISIS, Abu Sayyaf and the Maute fighters, captured the city. Their rampage through the city included burning down churches, schools and freeing prisoners from jail. They have killed police officers, Christians and a number government troops who have been deployed to retake the city. In total more than 250 people have been killed in the conflict, including dozens of civilians.

Broadcasts from the terror group’s leaders have also been broadcast heaping praise upon the efforts in the Philippines. One recording featured ISIS spokesman, Aboulhassan al-Mouhajer saying, “Children of the caliphate in eastern Asia, we congratulate you for taking Marawi.”

ISIS is effectively trying to establish a caliphate in the city. Raising ISIS flags and destroying all evidence of Christianity. The video below shows jihadis vandalising and burning down a Church in the city.

As a result or the fighting it is reported that “hundreds-of-thousands” have fled the area, with pictures showing large convoys of vehicles being escorted by government military vehicles for protection.

The Philippines has the fourth largest Christian population in the world, with more than 92% of its 100 million people being Christian, mostly Catholic. Despite its large Christian population, the southern part of the country has long had trouble with a small minority of hardline Islamic terrorist groups.