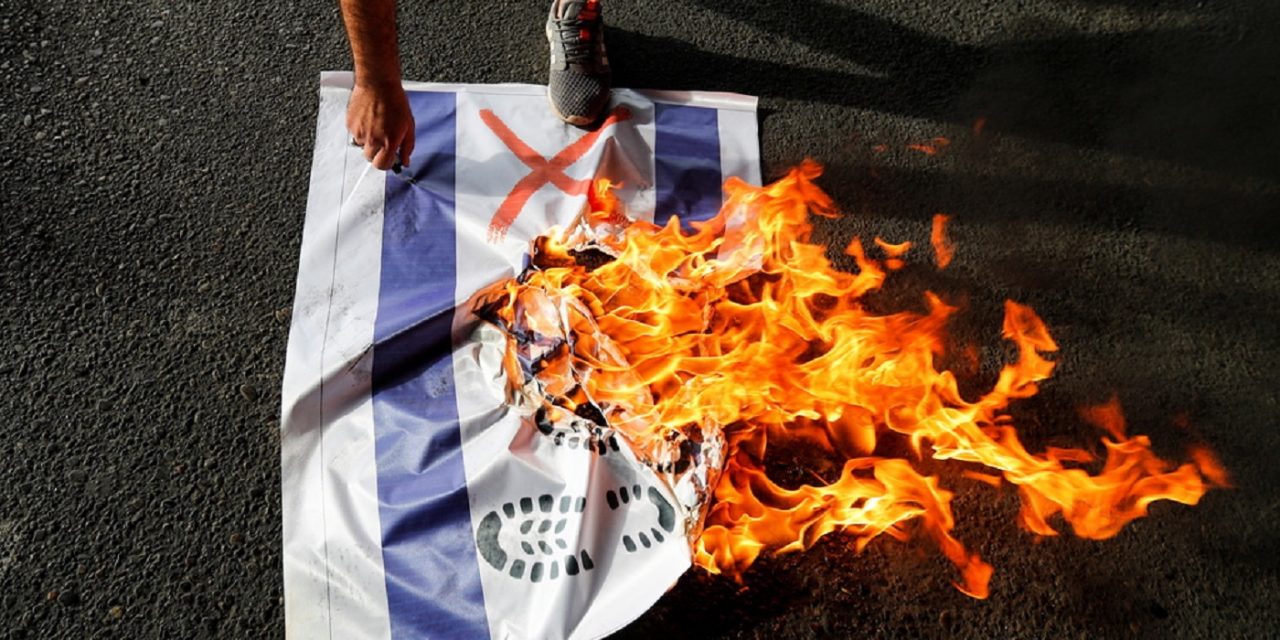 In a speech to mark the annual al-Quds Day, Iran’s supreme leader Ayatollah Ali Khamenei on Friday called Israel “not a country, but a terrorist base” and said its downfall was imminent.

“Israel is not a country, but a terrorist base against the nation of Palestine and other Muslim nations,” Khamenei said in live televised remarks.

Khamenei also stressed that “the decline of the enemy Zionist regime has begun and will not stop.”

He blasted Israel’s normalization of ties with “some weak Arab governments” as attempts to undermine “the nightmare of Muslim unity,” calling on Palestinians to continue their resistance and for Muslim governments to support them.

Iran initiated al-Quds Day, or Jerusalem Day, in 1979, the year of the Islamic Revolution. It commemorates it with anti-Israel speeches, events and threats to “liberate” Jerusalem from Israeli control.

This year the day falls close to Israel’s own Jerusalem Day, celebrated on May 10, which marks the unification of the capital during the 1967 Six Day War.

Despite virus restrictions, a number of people came out “spontaneously” in the capital Tehran, state TV said, showing the usual burning of flags and chants of “Death to America” and “Death to Israel.”

Meanwhile, protesters in Peshawar in Pakistan burned American, Israeli and Indian flags to the day, held on the last Friday of the holy month of Ramadan.

Iranians burn US and Israel flags during an anti-Israel rally marking Al Quds Day (Jerusalem Day), in support of Palestinian resistance against Israeli at the Azadi(Freedom) square in Tehran, Iran, 07 May 2021.#Iran #Tehran @epaphotos pic.twitter.com/z9KCBpMIJt

Rallies were also held in Syria and Israeli flags were painted on Iraqi roads for cars to drive over.

However, Berlin banned the annual anti-Israel Quds Day march this year, the first time the city has taken a stand against the event since it became a local tradition in 1996. It is illegal in Germany to call for the destruction of Israel.

“The Zionists hold grudges against the Iranian nation… and have always tried to strike this nation,” he added.

Rohani also claimed Israel is failing in “its two great attempts” to oppose the return of the United States to the 2015 agreement to limit Iran’s nuclear program and undermine Tehran’s ties with neighboring states.

He also touched on talks to revive the nuclear deal, predicting that the United States will lift sanctions soon, which President Joe Biden has repeatedly vowed not to do until Iran ensures compliance with the agreement.

“Today our people are witnessing the fruit of their patience and resistance in the Vienna talks and, in my opinion, as head of government, the sanctions have been broken and they will soon be lifted if we are all united,” he concluded.

Read More at Times of Israel and I24