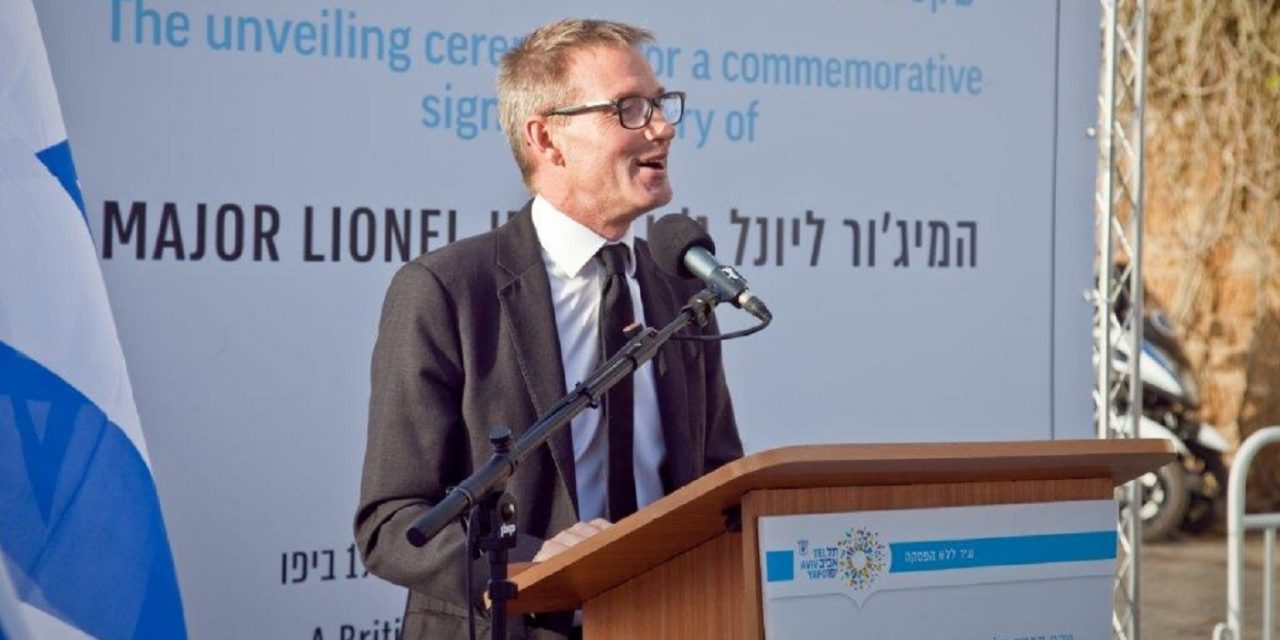 The UK ambassador to Israel has honoured a British soldier a century on from where he saved at least 100 Jews during the 1921 Jaffa riots.

Major Lionel Mansell Jeune was the commander of the port when riots broke out on 1 May and his actions are credited with saving the lives of at least 100 Jews and an unknown number of Arabs.

Neil Wigan, the ambassador, alongside Defence Attaché Colonel Jim Priest took part in a ceremony organised by the Tel Aviv municipality on Sunday to unveil a plaque in his honour.

“And so I thought it’s appropriate that today we are meeting 100 years after the tragedy of the riots in Jaffa, but we’re meeting not just to remember the tragedy but also to remember something good that happened on that day, something that saved many lives, and how the actions of one man in the middle of a catastrophe, in the middle of a tragedy, can save the lives of many.

“And that’s a happy message to have on a very sad day, which I know this is for all the people of Israel.”

"We're meeting not just to remember the tragedy but also to remember something good that happened that day…[Jaffa riots] how the actions of one man in the middle of tragedy can save lives of many. That's a happy message on a sad day," @FCDONeilWigan said in reference to #Meron pic.twitter.com/9Br4Snepcw

Major Jeune, who was remembered as a “credit to his uniform”, risked his own life when he  rescued Jewish merchants at the market.

As the mob also made its way to Beit Hachalutz, a hostel for new Jewish immigrants, he fired his revolver in the air to make the crowd scatter.

His story was little-known until being researched by Israeli historian, Samuel Giler.

The riot resulted in the deaths of 47 Jews and 48 Arabs.