Iranian woman who inspired protests against compulsory hijab in Iran is sentenced to prison. 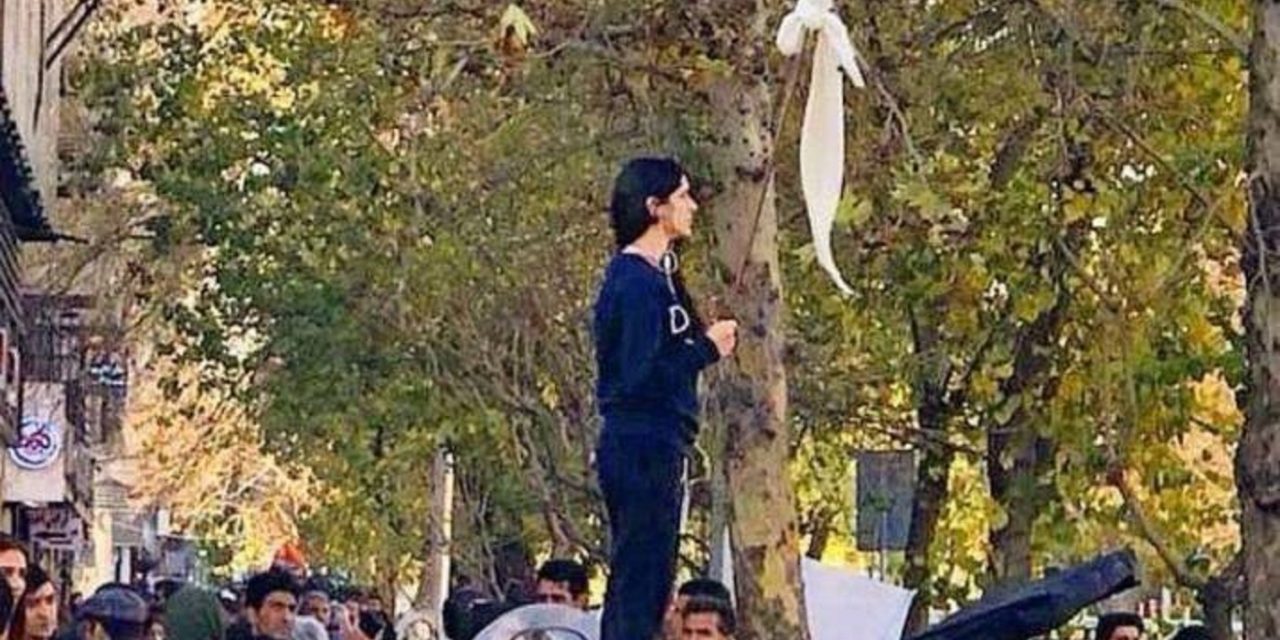 An Iranian woman who removed her obligatory Islamic headscarf in a public protest in 2017 has been sentenced to one year in prison, her lawyer said Sunday. Vida Movahed became a symbol of resistance after authorities arrested her on the first day of nationwide anti-regime protests.

Demonstrations had broken out in the Islamic Republic due to dire economic conditions and systemic corruption. At least 22 people were killed by Iranian authorities, and 1,000 more had been reported arrested.

Lawyer Payam Derefshan said that a court sentenced Movahed in March after finding her guilty of encouraging public “corruption.” The woman was arrested in November 2018. Derefshan clarified that Movahed was on a waiting list to be released after receiving a pardon from Supreme Leader Ayatollah Ali Khamenei.

Movahed, known as the “Girl of Enghelab Street,” was first arrested in Tehran on December 27, 2017 after she stood on a container, removed her obligatory headscarf, and waved it on a stick through the air. Her whereabouts were unknown for several days, sparking a worldwide social media campaign under the hashtag “#WhereIsShe.”

In February 2018, shortly after Movahed was first released, Iranian authorities announced the arrests of 29 women for protesting the forced wearing of head coverings. The women were part of an anti-regime movement known as “White Wednesdays.”

In March 2019, Iran was appointed a seat on the United Nations’ Women’s Rights Committee. The country has for years ranked near the bottom of the World Economic Forum’s annual Global Gender Gap report. In the 2018 statistic, Iran ranked 142 out of 149 countries evaluated.

On the day the UN made the announcement, Iran sentenced Nasrin Sotoudeh, a prominent Iranian human rights lawyer, to an extra 10 years in jail on top of the five-year term she is already serving for defending protesters against the Islamic Republic’s mandatory headscarf.