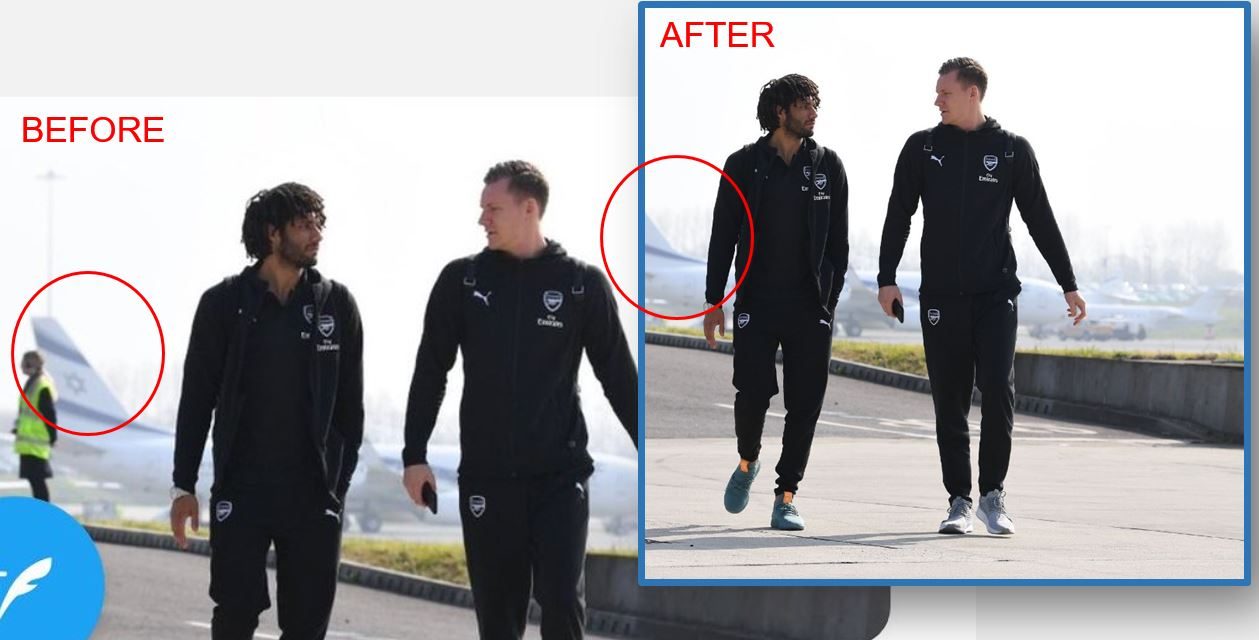 Arsenal’s Mohamed Elneny, received a backlash on Twitter after posting a photo of him and a teammate with the tail of an El Al airplane in the background.

The anti-Israel protesters didn’t approve of the Egyptian footballer’s picture with the Israeli flag in the background, prompting the English club’s midfielder to delete the post.

A replacement of the photo with Arsenal colleague Bernd Leno was posted again, but this time with the flag-bearing plane tail cut off.

The photo was taken as the Arsenal team were set to depart for Italy for their Europa League match with Napoli on Thursday night.

Arsenal’s Egyptian player Mohamed Elneny cuts Israeli flag on the tail of El Al aircraft from picture after protests from his Twitter followers. Original tweet at the bottom has now been deleted pic.twitter.com/ptBejHSy23