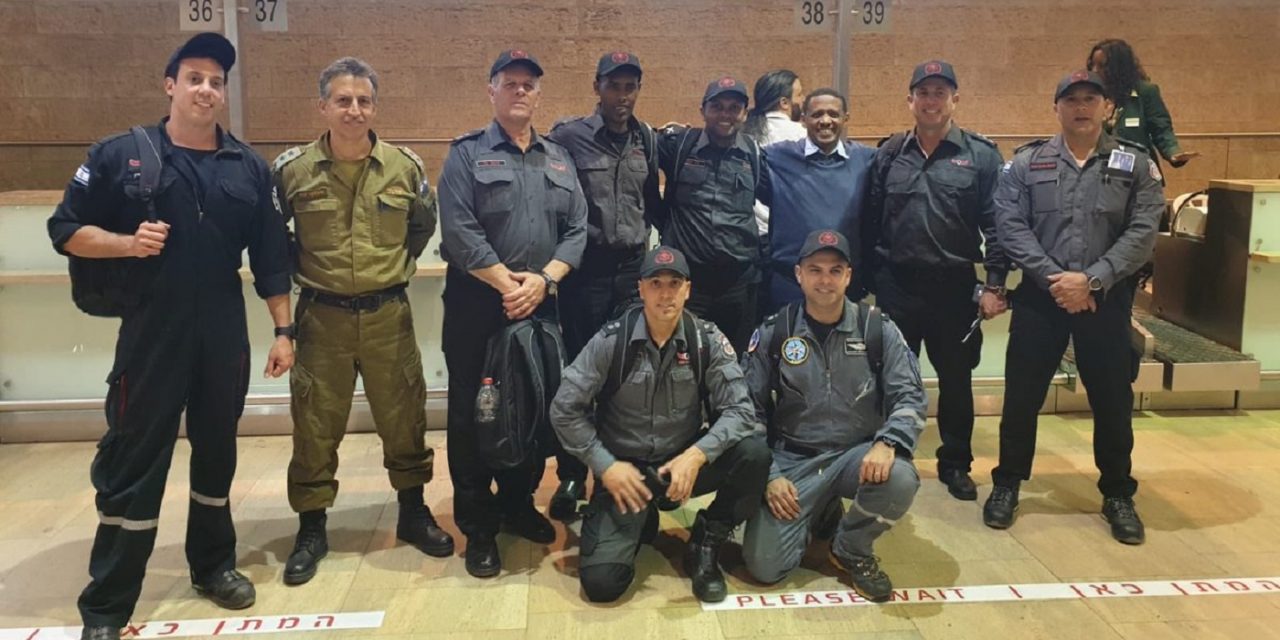 A group of ten firefighters and an expert from the Home Front Command arrived in  Addis Ababa, Ethiopia on Sunday to help with the wildfires that have been burning out of control for two weeks in the Simien Mountains in the north of the country. One member of the group is an expert in aerial firefighting techniques.

#israel stands by #Ethiopia in fighting the wildfire in Simien Mountain National Park. An @israel i mission of 9 experts in firefighting has landed this morning in Gondar to join the local forces in Simien Mountain. They will also advise on various techniques in containing fire pic.twitter.com/aXIkPAgo7X

The mountains are a World Heritage Site and one of the country’s main tourist attractions. The national park is home to several rare animal species including the Waliya ibex and Gelada baboon.

The group is being led by Zion Shenkar, who was born in Ethiopia and was the Israel Defense Force’s first-ever battalion commander from the Ethiopian community.

Last month, a wildfire lit by individuals ravaged through the region, damaging 342 hectares of a forest in the national park. The current fire has proved difficult to extinguish because of the rugged terrain.