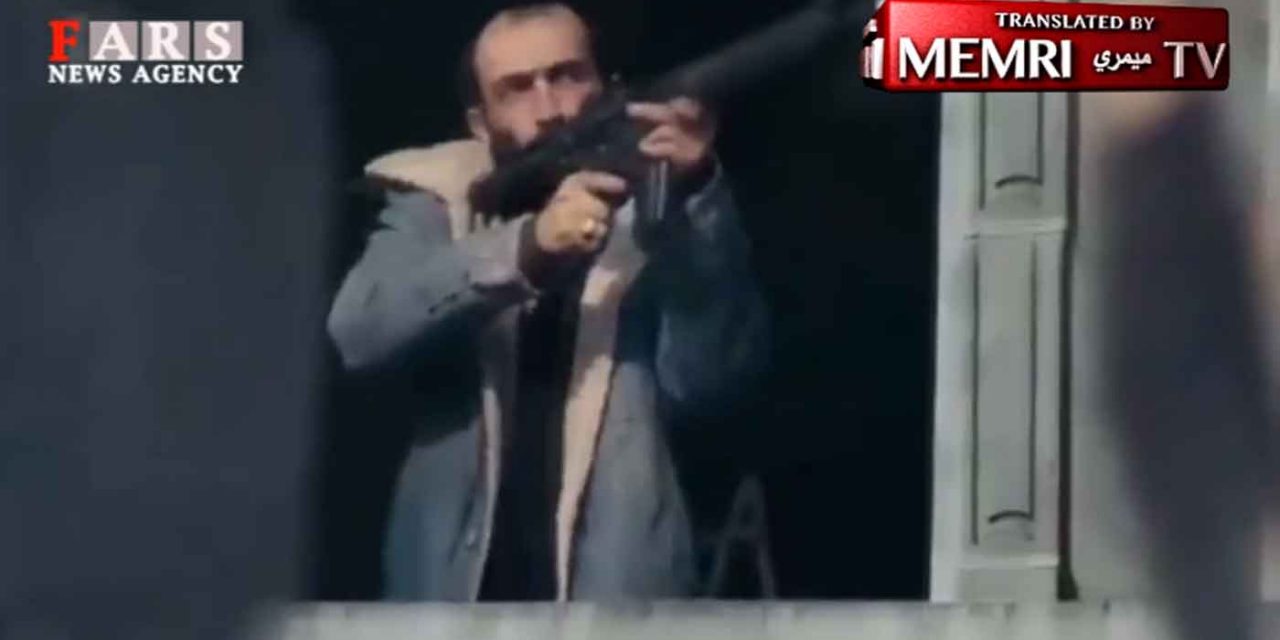 Iran’s state television provider has released an outrageous video depicting an Iranian attack on the White House which results in the assassination of US President Donald Trump, Israel’s Prime Minister Benjamin Netanyahu and US Secretary of State Mike Pompeo.

The Iranian Fars News Agency aired a short video on January 10, 2020, titled “Severe Revenge,” dramatizing an Iranian assassination of U.S. President Donald Trump. In the video, Iranian officials are seen planning their revenge for the killing of Qods Force commander Qasem Soleimani. They study a board with a diagram of possible targets, U.S. President Trump is at the head and Israeli PM Netanyahu, Secretary of State Pompeo, Saudi Crown Prince Bin Salman, and Masoud Rajavi, former leader of Mujahedeen-e-Khalq are at the bottom. The Iranian officials say they are “going for the big fish,” and one of them says: “We should target their head.” In the video, the U.S. Capitol Building is blown up and then the Iranian forces storm the White House, shooting anyone in their sight. President Trump, Secretary of State Pompeo and PM Netanyahu, among others, lie dead on the White House floor. The voice of Iranian Supreme Leader Ayatollah Ali Khamenei is heard in the background, saying: “Severe revenge awaits the criminals whose dirty hands are soiled with his blood.”

Fars News Agency is funded by the Iranian regime. These threats against the US and Israel, two great allies of the UK, as well as the threat to “chop into pieces” the UK Ambassador to Iran, should ring alarm bells with our government. Iran is not an ally for peace, it is a terrorist funder that sows destruction throughout the Middle East. It is time for the UK to end its involvement in the Iran Deal and stop funding their aggression, threats and propaganda against our allies.

Over 11,000 people have signed a CUFI UK petition calling on the British government to withdraw from the Iran deal. Add your name – Click here