Iranian judoka flees to Germany, refuses to compete for Iran so he can face Israelis 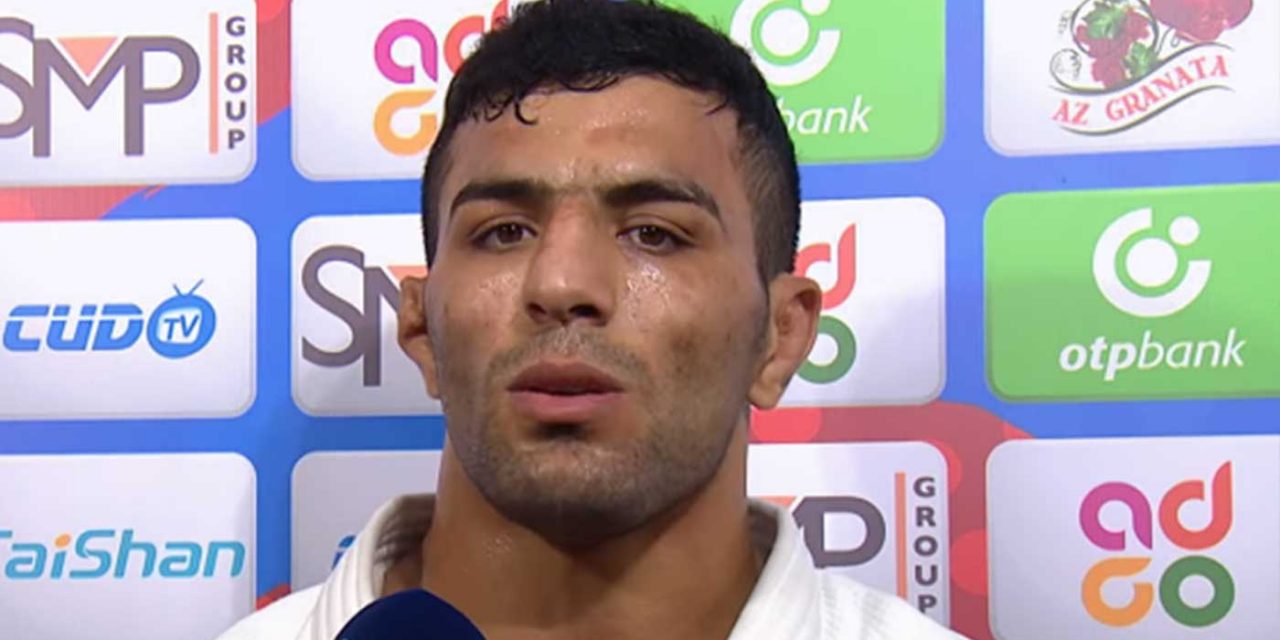 Iranian judoka Saeid Mollaei, who fled to Europe last week after Iranian authorities forced him to throw a match to avoid an Israeli rival at judo’s world championship in Tokyo, said Sunday he would no longer compete for Iran. In future, he said, he would compete under the Olympic flag.

The International Judo Federation (IJF) said that Saeid Mollaei, the defending champion, was pressurised by Iranian authorities to drop out before his quarter-final at the world judo championships in Tokyo last week to avoid the prospect of fighting Israel’s Sagi Muki in the final.

Mollaei was told on four occasions to not compete because he could later face an Israeli athlete, Sagi Muki, who eventually won the gold medal. Mollaei was ranked world no. 1 until Muki took gold.

He finally gave in to Iran’s demands after security personnel had been sent to his home in Iran, with friends and family messaging him that they had been threatened. Since the competition he has not gone back to Iran but instead gone to Germany, where he says he owns an apartment.

“Even if the authorities of my country told me that I can go back without any problems, I am afraid. I am afraid of what might happen to my family and to myself,” he said in an IJF statement.

Following the incident, on Sunday, Mollaei said he would no longer compete for Iran. In future, he said, he would compete under the Olympic flag.

“I love Iran very much, but winning a medal is the most important thing for me,” Mollaei told the London-based Iran International television channel in an interview aired Sunday, Mollaei’s first public comments after his dramatic ouster from Wednesday’s championship.

“I don’t want to face these problems anymore,” Mollaei said, referring to Iran’s ban on athletes from competing against Israeli athletes. Since its Islamic Revolution in 1979, Iran has refused to recognise Israel and the two have been enemies for decades. The IJF has said Iranians have thrown matches and used “questionable injuries” to avoid competing against Israelis.

If the allegation that he intentionally lost matches is true, it could result in Iran’s judo federation being sanctioned.

One Iranian news outlet, Iran International, blamed Israel for the dramatic events, making up wild conspiracy theories that even Prime Minister Netanyahu was involved and convinced the Iranian to defect. The truth is that Mollaei was rejecting the anti-Semitic hatred of the Iranian regime.

In further defiance, Molleai gave a public congratulations to Israeli judoka Sagi Muki after he won gold at the Judo World Championships.

Muki, for his part, said Mollaei was an “excellent” sportsman, while Israel’s team coach Oren Smadja said he was “a terrific guy.”

Since its Islamic Revolution in 1979, Iran has refused to recognise Israel and the two have been enemies for decades. The IJF has said Iranians have thrown matches and used “questionable injuries” to avoid competing against Israelis.