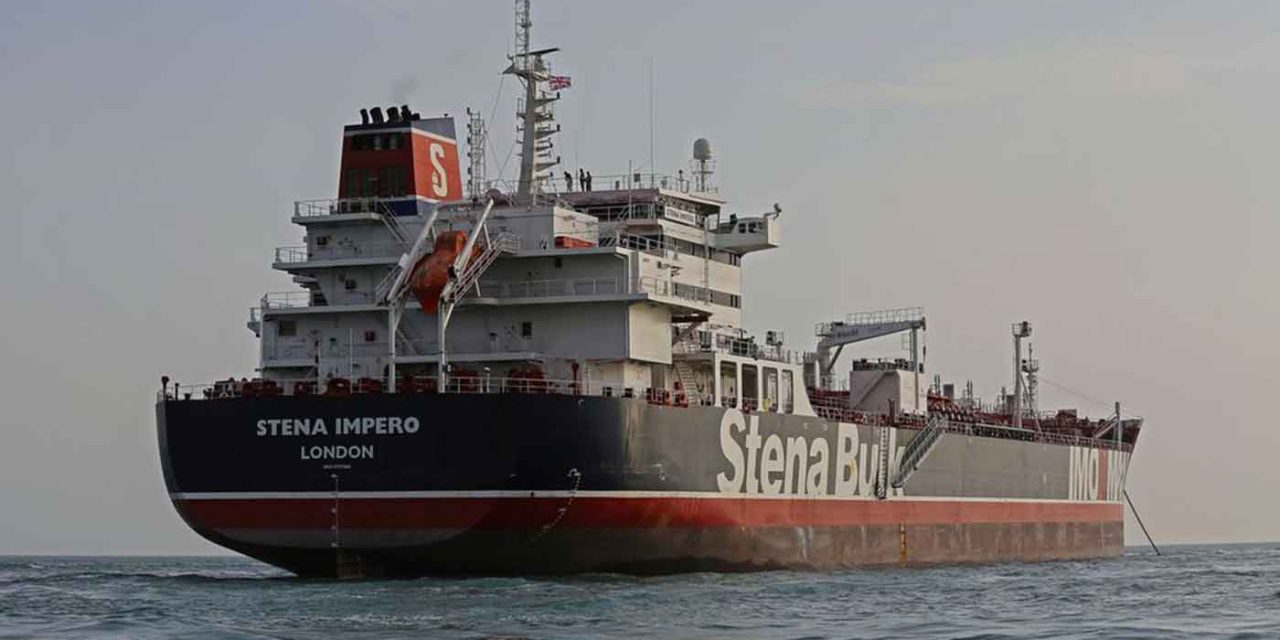 The Stena Impero, the British flagged tanker that Iran seized more than two months ago has been released by the Iranian regime.

Stena Bulk, the shipping company that operates the Stena Impero vessel, confirmed that the tanker, which is carrying £140 million in oil, was on the move and the company would comment further when it reaches international waters.

Iranian maritime officials said earlier that the tanker had been released from the port city of Bandar Abbas. The Stena Impero is now heading to Port Rashid in Dubai, according to ship-tracking data.

Iran had previously released seven of the twenty-three crew members. The remaining crew on the ship are due to be sent home once they dock in Dubai.

Stena Bulk’s chief executive Erik Hanell said in a statement: “Families of crew members have been informed and the company is making arrangements for the repatriation of its valued seafarers.”

Ahead of its release, Iranian government spokesman Ali Rabiei told journalists on Monday that legal proceedings against the Stena Impero had ended.

Mr Rabiei said: “Based on a friendly approach that allows forgiving mistakes, ground for freedom of the tanker has been paved and it can move.”

The UK, however, maintained that Iran’s actions were to blame with Foreign Secretary Dominic Raab saying:

“The Stena Impero was unlawfully seized by Iran. It is part of a pattern of attempts to disrupt freedom of navigation. We are working with our international partners to protect shipping and uphold the international rule of law.”

“The Stena Impero was unlawfully seized by Iran. It is part of a pattern of attempts to disrupt freedom of navigation.”

Foreign Secretary statement on the release of the Stena Impero.https://t.co/NNTivfxr7R

The media and various governments have wrongly blamed President Trump for heightened tensions between Iran and the West.

Blaming the US for abandoning the Iran Deal is a warped view, however, as it is since the deal was struck that Iran has increased its aggression in the region. Funded to the tune of more than £100 billion as part of the deal, the Iranian regime was emboldened, allowing it to further fund its terrorist proxies, such as Hamas and Hezbollah, and advance its own military operations, building new weapons and increasing its nuclear production.

There are also those who blame the UK for starting the tensions with Iran by seizing an Iranian vessel off Gibraltar. This is also not the reason for the aggression as attacks on oil tankers by Iran took place months before the UK took action. Britain acted legally when seizing the Iranian ship, which was unmarked and suspected of delivering oil to a Syrian company currently under EU sanctions. As the vessel was travelling through EU waters, the UK had every right to seize the ship. The mistake from Britain was the releasing of the vessel under EU pressure. The ship eventually completed its journey, delivering the oil to Syria as the UK said it would, proving that the EU was wrong.

Iran, on the other hand, illegally captured the British flagged tanker and other vessels from different nations. It did this illegally. They had no legal justification to hijack the ships or capture their crews. They surrounded the civilian vessels, armed to the hilt and threatened the crews in international waters, forcing them to change course into Iranian waters where they seized the ships. This is nothing more than piracy.

It is unfortunate that Iran’s aggression has been ignored by the European Union who refused to be a part of any naval force to protect civilian ships against Iran’s acts of piracy. The EU instead has allowed Iran to continue its actions and the US, Britain, Bahrain and now Australia are the ones who have answered the call and will defend these vessels from Iran’s illegal actions. The UK has fended off Iranian forces more than 115 times in the past two months, and whether that will continue following this release is unknown.

While Britain is rightfully taking Iran’s threats seriously in this regard, it is still foolishly placing its hope on to the disastrous Iran Nuclear Deal. Our government has not yet realised that appeasing Iran only emboldens them.