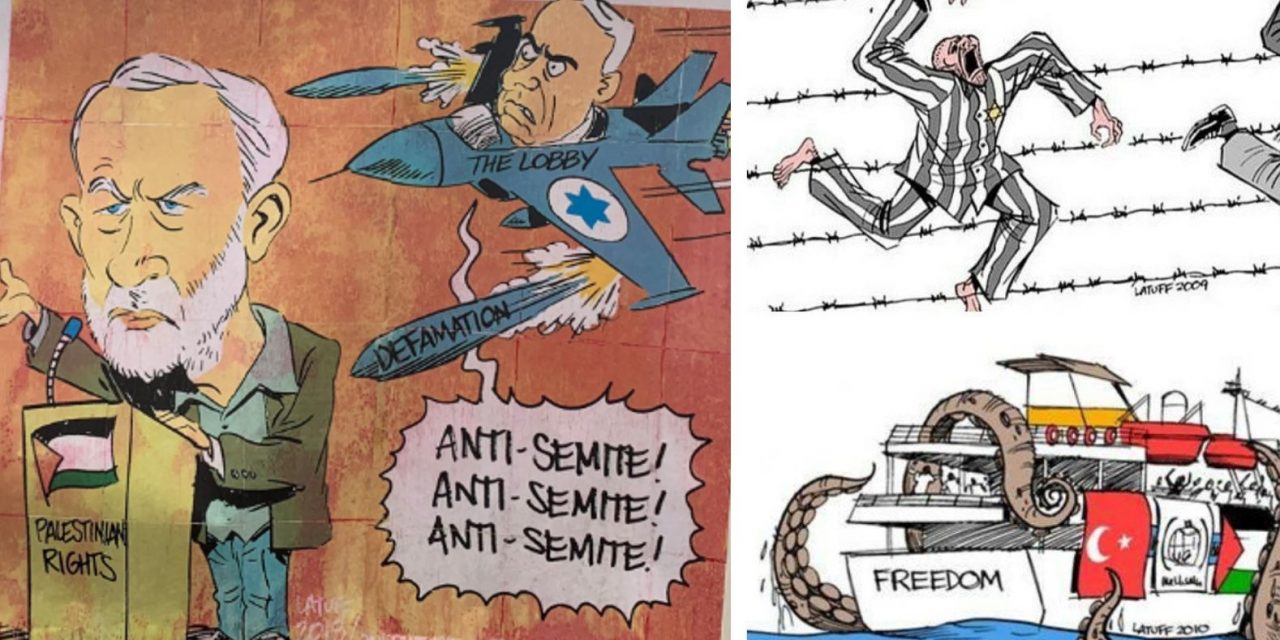 An anti-Semitic cartoon poster with caricatures of Corbyn and Netanyahu received complaints after being hung outside the Labour party conference earlier this week.

The force added that a man will attend a voluntary interview by appointment with police officers, who are considering whether any offences under the Public Order Act have been committed.

I feel sick and unwelcome, as a Jewish member, to have to walk past this racist bile on the way into conference

The second photo is another of Latuff’s works for context#Lab19 pic.twitter.com/bfGiq1QQzD

The Sussex Friends of Israel, which drew the police’s attention to the banner, claimed it was “clearly antisemitic in nature and put there to cause offence”.

The group added: “It was done purely to inflame and incite more hate. We are grateful to Sussex Police who recognised this and removed the offender banner at the earliest opportunity.

“This is just another example of the problematic nature of this year’s conference and the impact it is having on our small community.”

Jack Lubner, the JLM co-youth and students officer, tweeted that the banner made him feel “sick and unwelcome, as a Jewish member, to have to walk past this racist bile on the way into conference”.

The Labour party said it asked police officers to remove the banner “as soon as we were made aware of it”.

A party spokesman added: “This kind of hateful poster has no place anywhere near our conference.”