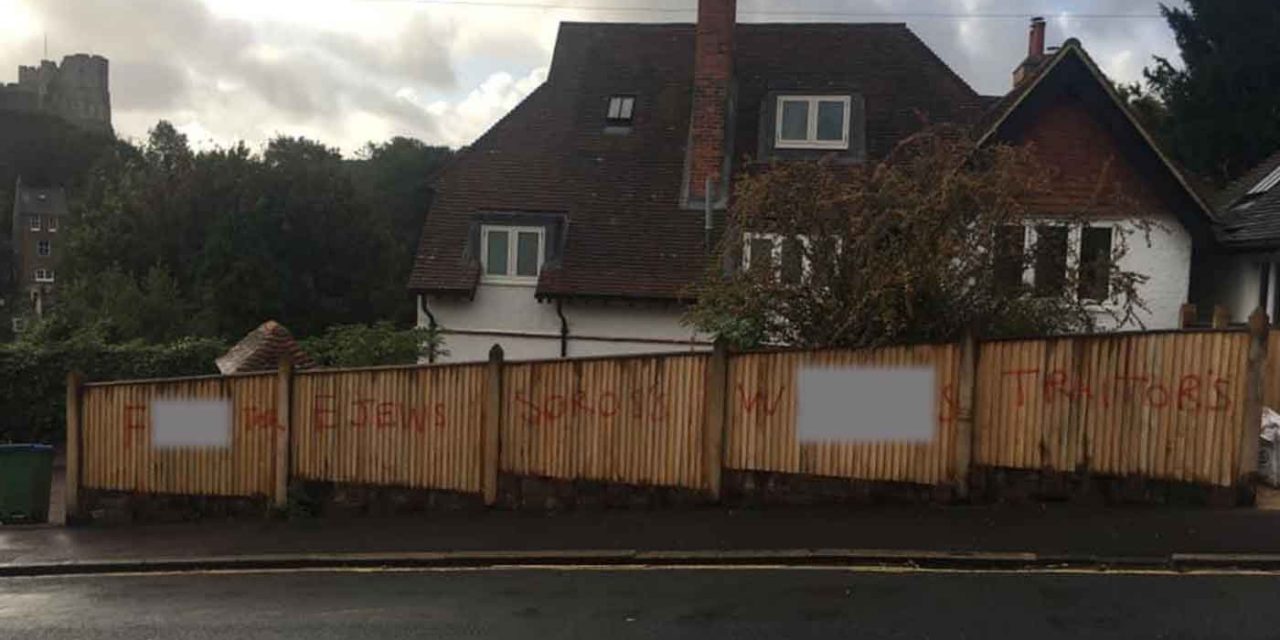 Lewes residents have expressed their shock on social media after discovering offensive anti-Semitic graffiti in the town.

In response, residents said they were shocked and saddened by the graffiti, which covers a fence outside a resident’s house.

One resident said: “We are living in such sad times! I hope the perpetrators are found.”

Another said: “Shocked. Do hope police have been made aware!”

Oli Henman, a Lewes town councillor for the Castle ward, who has been selected by the Lib Dems as their prospective parliamentary candidate for the next general election, said: “Unbelievable that this person feels emboldened to repeatedly vandalise people’s houses.

“Unfortunately this does follow a pattern linked to right-wing conspiracy theories which has increased in recent months.

“It cannot continue – we as local councillors are taking it up with the police.”