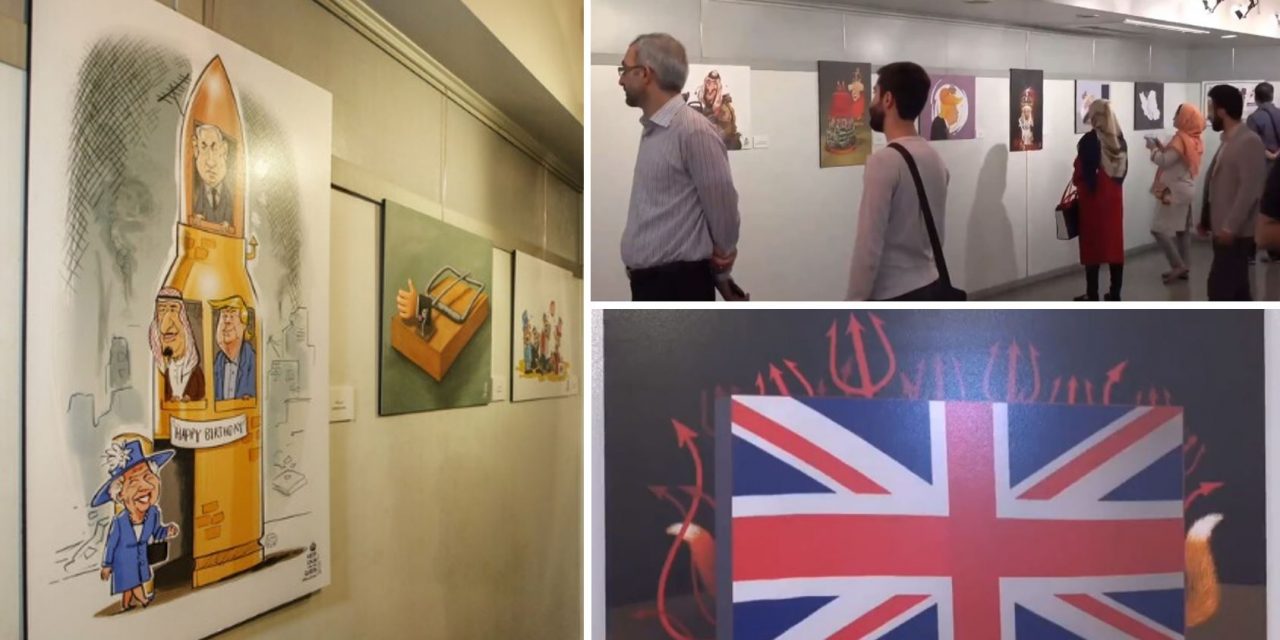 The Iranian regime has opened an anti-British art exhibition at Tehran’s Art Bureau.

The exhibit entitled “Keep Calm, I am the Queen” displays 40 pieces by Iranian cartoonist, Masud Shojaei-Tabatabai, the same artist who is behind Tehran’s notorious International Holocaust Cartoon Contest.

Deliberating coinciding with The Queen’s birthday, the exhibit purports to “highlight crimes of the United Kingdom against Iran through history”.

Mark Regev, the Israel’s ambassador to the UK, accused the regime of mocking Britain.

😡On HM The Queen’s birthday, the Iranian regime inaugurated a repugnant anti-British ‘art’ exhibition in Tehran.

At the exhibit’s opening, Shojaei-Tabatabai, accused Britain of “seeking to revive its colonial culture” in Iran.

In a bizarre statement, which clearly lacked any kind of fact-checking, he said, “At the beginning of World War II, nearly 2.5 million posters for the motto ‘Keep Calm, I Am the Queen’ were published and these posters have been distributed across the world since then.”

He probably meant the “Keep Calm and Carry On” posters, which were widely circulated during World War II to boost moral in Britain and therefore before The Queen was even on the throne.

“Yesterday, I saw a young man carrying one of them on back of his shirt. Unfortunately, many people do not know that this is a colonial slogan and a perfect symbol of the Queen’s hegemony,” he added. 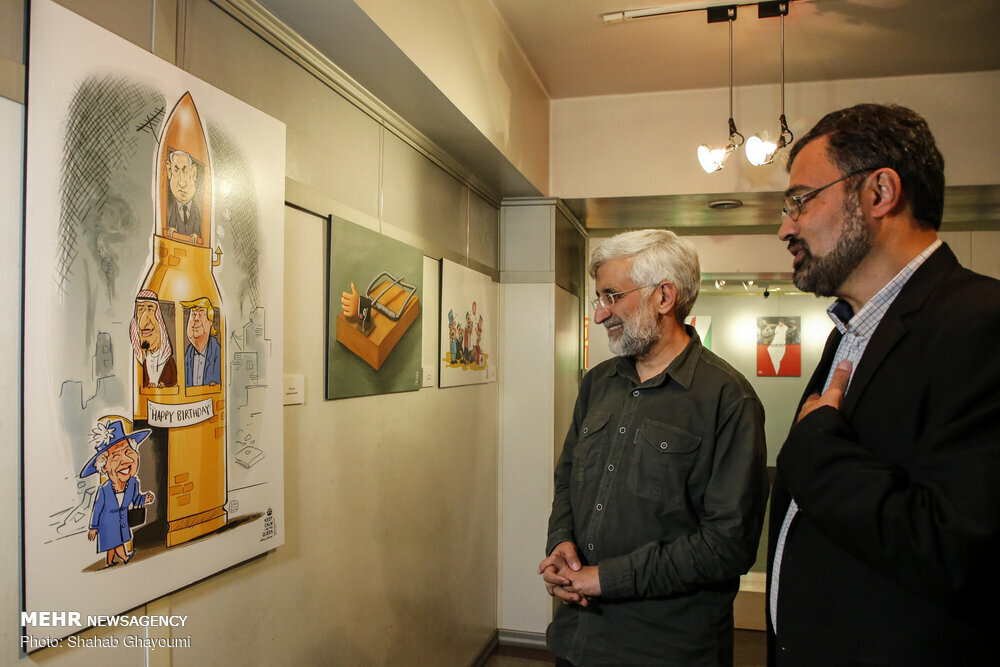 Shojaei-Tabatabai also launched an attack against the British embassy in Tehran which he says organised a special event to mark The Queen’s birthday in which some Iranian companies were invited.

He complained, “The invitations to the Iranian companies and also inviting Iranian women to attend occasional parties the embassy organises in Tehran are examples of the return of Britain’s colonial culture to Iran.”

The exhibition is set to run until 26 June. the UK’s ambassador to Iran has apparently been invited… 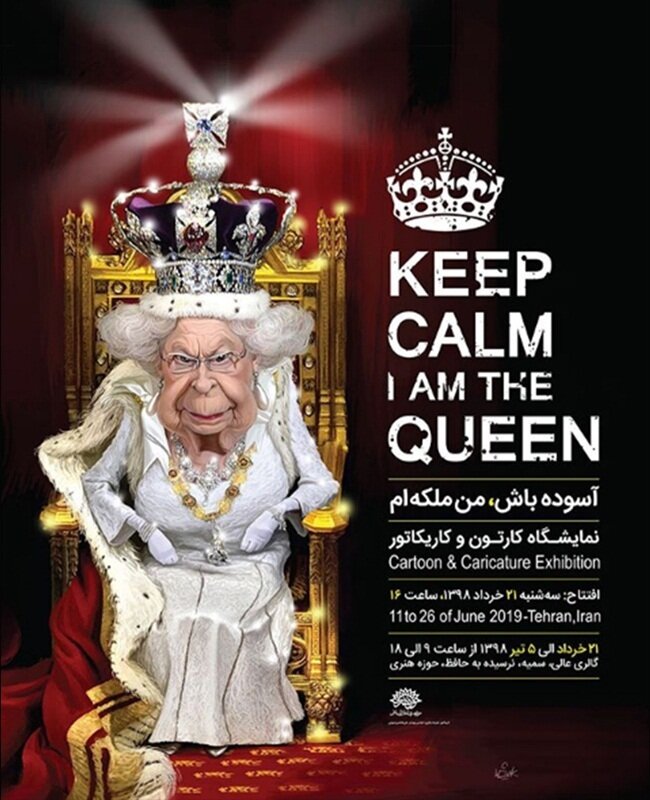