Iran: ‘No deal’ is better than a ‘bad deal’ if Boris is to join Biden in new agreement with Tehran 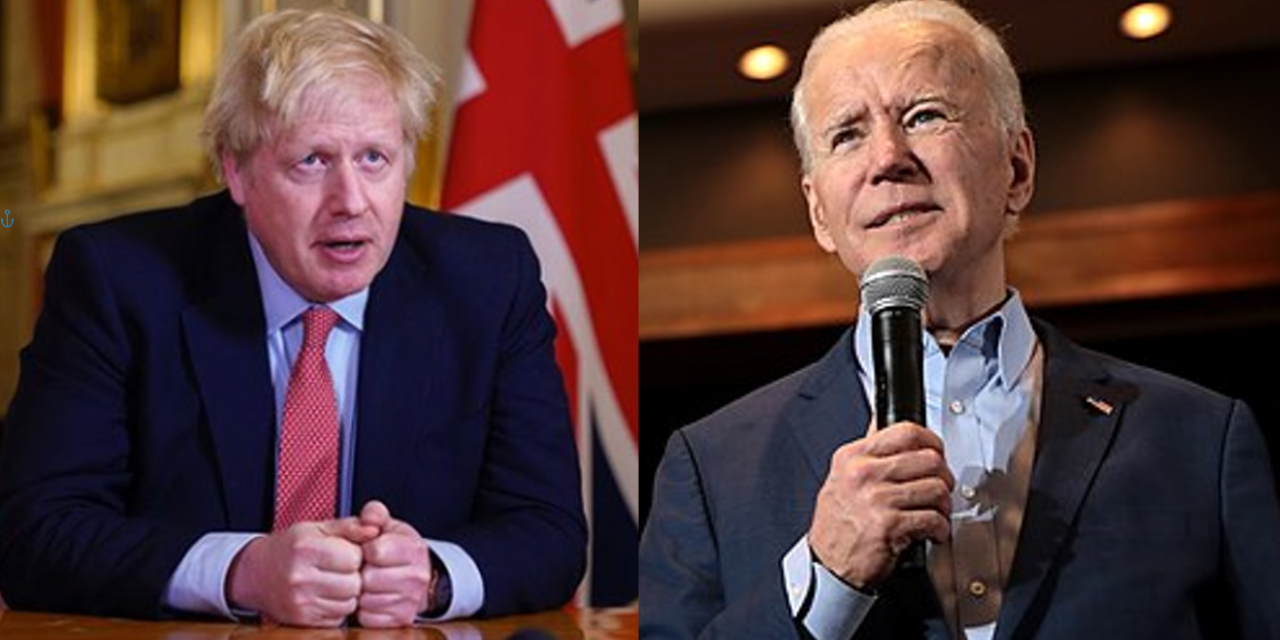 The world is at a crossroads regarding the disastrous Iran nuclear deal. As the new US administration considers its options for dealing with an emboldened Iran, the UK government must not be passive in waiting to see which approach the US takes.

In recent weeks, Iran has escalated its violations of the 2015 nuclear deal – known as the JCPOA – and has enriched uranium up to 20 percent purity, the most significant breach of the deal so far. A nuclear bomb requires uranium enriched to over 90 percent, something experts this week said would take only four months to make.

And last week, The Wall Street Journal revealed that new evidence had recently been uncovered by UN inspectors indicating that Iran is engaged in undeclared nuclear activities.

The reality is that the Iranian regime remains a dangerous threat to regional peace. The failed deal is all but dead after the US rightly withdrew from it under President Trump. Meanwhile the UK, France and Germany look on waiting to see what move the new US administration will make in its dealings with an Iran that is intent on developing its nuclear threat even further.

The Biden administration has repeatedly said that they would seek a “longer and stronger agreement” with Iran if it “returns to strict compliance”, whilst America’s National Security Advisor, Jake Sullivan, has said the Biden administration would seek, “to negotiate a follow-on agreement that does materially advance the security of the United States, of Israel and of our other regional partners as well.”

Both statements acknowledge that the JCPOA was fundamentally flawed and promisingly imply a more robust approach to Iran’s nuclear programme.

However, eyebrows have been raised in Washington more recently with the appointment of Robert Malley as US special envoy – a known serial Iran appeaser. Meanwhile Secretary of State Tony Blinken said that if Iran continues to violate the deal, they could be weeks away from a nuclear bomb – implying that a faster return to the agreement is necessary.

In January 2020, Prime Minister Boris Johnson said that Iran must not be allowed a nuclear weapon and he would prefer a “Trump deal” instead of the current JCPOA.

“If we’re going to get rid of it then we need a replacement,” Boris told BBC Breakfast. “Let’s replace it with the Trump deal.”

Unfortunately, Britain didn’t support US efforts to extend the arms embargo when it was presented at the UN last August. The United States had tried to extend the embargo and snap back sanctions. Consequently, Iran is now more empowered, having its arm strengthened and having renewed ability to facilitate arms for terror proxies. This destabilases the prospect of peace in the region and causes a direct threat towards Israel, our allies and UK interests worldwide. Shamefully the UK appeared to side with Iran on this issue rather than our allies Israel and the US.

The problem is that Iran has never been in compliance with the Iran deal.

President Trump’s firm pressure placed upon Iran for the regime’s misdemeanours has left the Islamic Republic hard-pressed economically. This has put the US in a strong position at the negotiating table and the new administration must use this leverage to its advantage. The US and European partners need to maintain this strong hand in dealing with the Iranian regime otherwise it will continue to think they can get away with continued nuclear blackmail. Capitulation will only reward Tehran and be disastrous for the region and the Iranian people as it continues its catastrophic domestic and foreign policies.

Any new deal with Iran must also recognise that the Middle East landscape is different to that which existed under the Obamas administration when the Iran deal was struck. The Abraham Accords mean that the viewpoint of America’s regional allies must be taken into consideration.

Any future deal must also address measurable and permanent reform regarding Iran’s other activities. For example, rather than isolating the nuclear topic believing that other reforms will follow, Iran’s human rights abuses, support for terrorism and missile programmes must also be confronted from the offset. Otherwise, the mistakes of JCPOA will almost certainly be repeated. The false imprisonment of British-born Nazanin Zaghari-Ratcliffe for example, is one example of why Britain must put forward its own interests in any negotiation with the Islamic Republic. It would be reprehensible for Britain to enter into any agreement without Iran’s human rights abuses being challenged.

Past compromises have failed. Britain needs to step up and play its own part in ensuring Iran curbs its regional ambitions as well as its irreconcilable torments on its own people. And unless these factors are met, Boris Johnson may be faced with ‘No Deal’ with Iran is better than a ‘Bad Deal’.