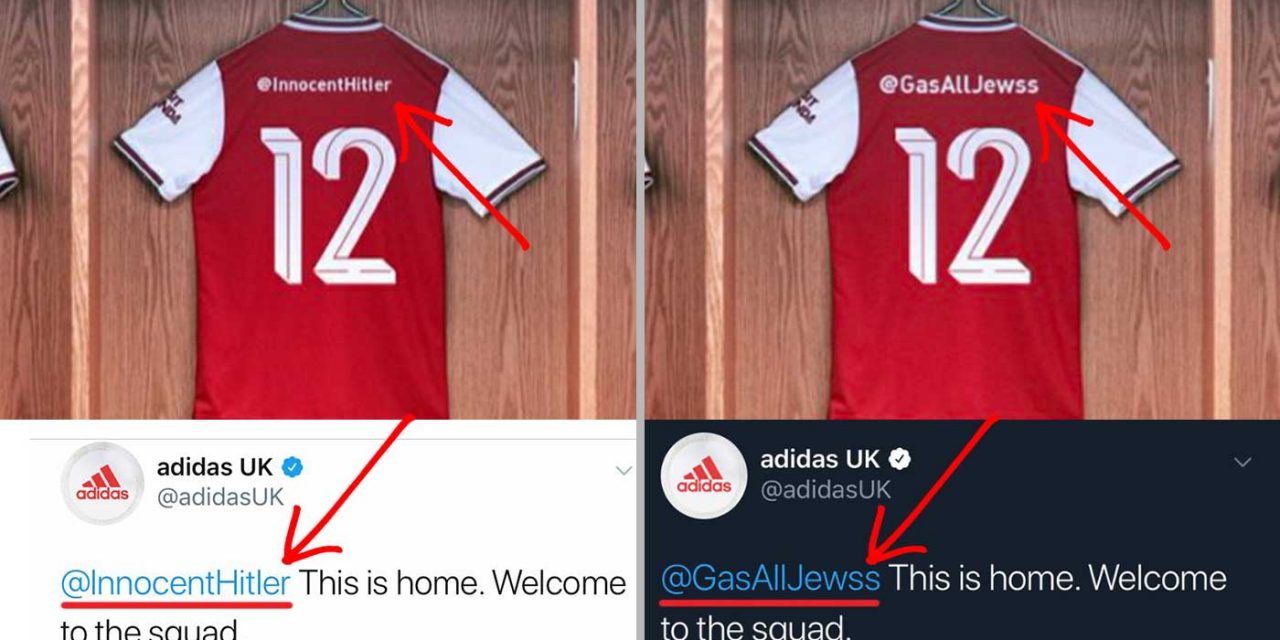 Adidas was forced to shut down an online promotion after anti-Semitic trolls hijacked it and tricked the system into tweeting anti-Semitic messages such as “Innocent Hitler” and “Gas All Jews”.

The promotion was for Arsenal’s new team kit which allowed people to personalise their kit by adding their Twitter username onto the back of their shirt and Adidas UK would tweet the names to people.

Sadly, the move backfired spectacularly when anti-Semitic and racist trolls created vulgar Twitter usernames and signed up on the Adidas website. Adidas then automatically tweeted their username with a picture of their name on an Arsenal football shirt. Some of the tweets from Adidas included names such as, “@InnocentHitler” and “@GasAllJewss”.

Other offensive messages called for the death of black people, referenced the Hillsborough tragedy and Madeline McCann, the young British girl who went missing in 2007. 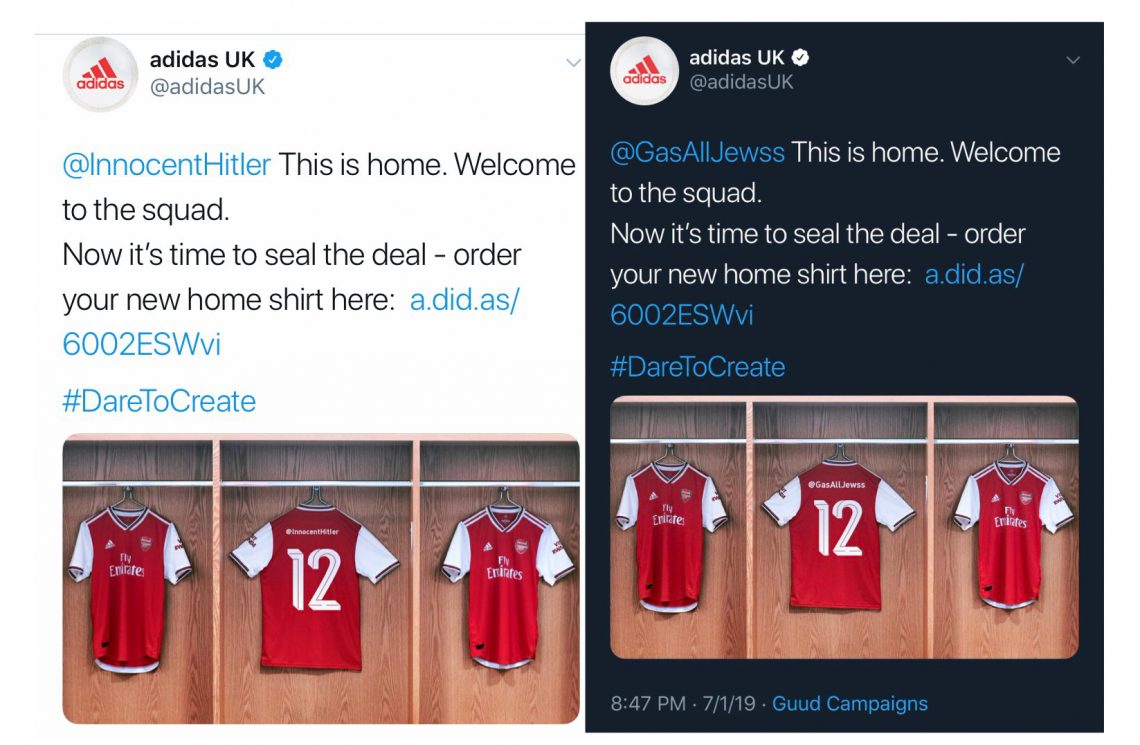 Adidas UK told the Guardian: “As part of our partnership launch with Arsenal we have been made aware of the abuse of a Twitter personalisation mechanic created to allow excited fans to get their name on the back of the new jersey.

“Due to a small minority creating offensive versions of this we have immediately turned off the functionality and the Twitter team will be investigating.”

An Arsenal spokesperson told Jewish News: “We totally condemn the use of language of this nature, which has no place in our game or society.”

“We work hard as a club to encourage diversity and inclusion through our Arsenal for Everyone programme, launched in 2008 as a celebration of the diversity of the Arsenal family. Through a number of initiatives undertaken in the community, inside Emirates Stadium and throughout the club, Arsenal strives to ensure that everyone associated with the club feels an equal sense of belonging.”

Hundreds of protesters gathered in front of the Consulate General of Israel in Manhattan on Wednesday in what was billed as an emergency rally to support the Palestinian Arab...
Read More