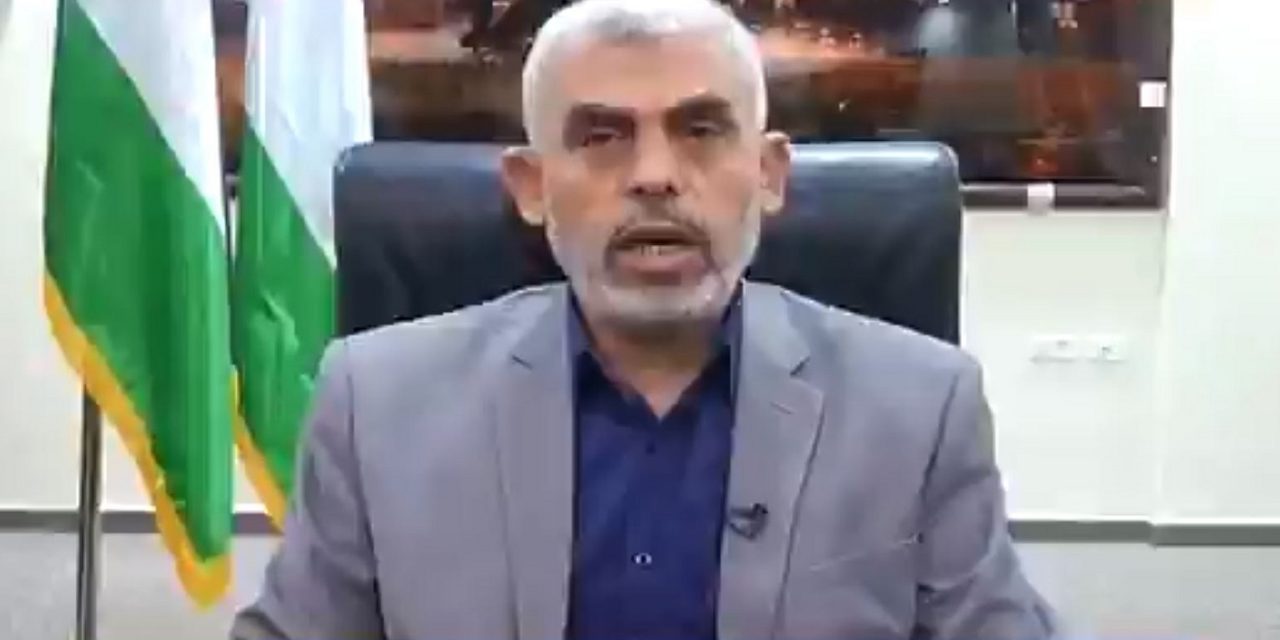 Sinwar said, “In the last confrontation we used some missiles that came from Iran,” referencing the Gaza rocket fire on that killed four Israelis on 5 May 2019.

“Be’er Sheva was attacked with a grad rocket that weighs 40kg (88 pounds), Tel Aviv was struck with an Iranian Fajr-5 rocket and with locally manufactured rockets,” he continued.

“We developed our capabilities, and we also received financial and military support from Iran,” Sinwar said. “We will only continue and improve our capabilities. If Iran had not supported us in recent years, we would not have achieved what we achieved.”

After saying this he threatened that Tel Aviv would be struck with twice the power if Israel ever strikes Hamas again.

Note here that Sinwar’s achievements were attacking only Israeli civilian targets. The four Israeli’s who were murdered by Hamas were all civilians. Iran funds Hamas with hundreds-of-millions of dollars each year, and it is with money Iran obtained through the Iran deal that they are able to do this.

Sinwar was speaking in honour of Al-Quds Day, which Iran and its proxies hold on the last Friday of Ramadan to support the Palestinians. Al-Quds Day in Iran typically featured chants of “Death to Israel and “Death to America”, and this year was no exception, with Israeli flags being burned. Al Quds Day in the UK takes place every year in London, this year happening on Sunday 2 May 2019. This event has long been supported by Labour leader Jeremy Corbyn who has shared the stage with virulent anti-Semites and haters of Israel. It is unlikely he will attend this weekend, but he may have a message for the crowd.

Getting back to Sinwar’s comments, the Hamas leader also flatly rejected any peace initiative coming from the US president – saying that “all transactions aimed at eliminating the Palestinian issue will fail” – and called on the Arab world to do the same.

“Anyone who deals with the issue of Jerusalem is an enemy to us, and we have no dialogue with him. I call upon the leaders of the Arab countries – if you want to keep your seats, you have no choice but to choose our option, the option of liberating Palestine,” he insisted.

“Trump wants to sell Jerusalem to the Zionists without paying a price,” Sinwar said. “I call him from here and say that I and the Palestinian people will be demonstrating along the [Gaza] fence in light of Jerusalem Day in numbers that have not been seen before.”

Last year, at the height of the Gaza border clashes Yahya Sinwar was filmed inciting hatred at the border, giving a rallying cry to terrorists before they carried out attacks on Israel’s border.

During his speech, he said, “We will take down the border and we will tear their hearts from their bodies.”

We recently launched Operation Mordecai which is CUFI UK’s strategic plan to highlight the threat from Iran to Israel and the West, including Iran’s funding of rockets as mentioned in the article above.