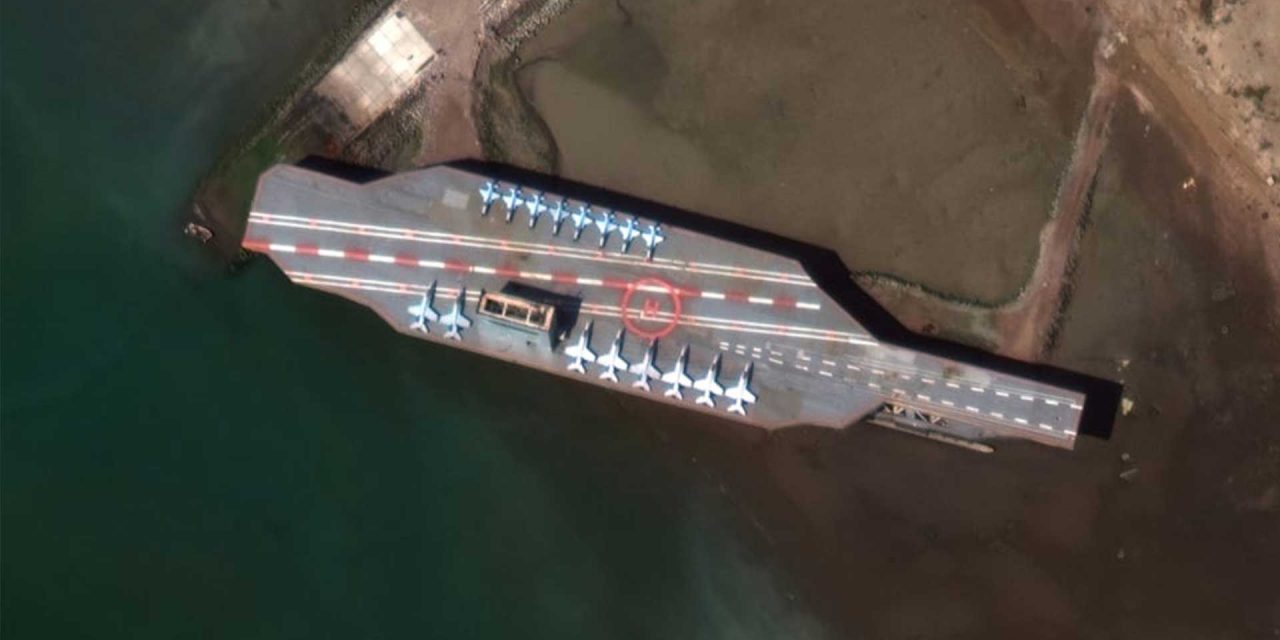 Iran launched underground ballistic missiles at a mock U.S. Navy vessel in the Strait of Hormuz on Wednesday morning, according to state TV, following a series of drills that had prompted two nearby U.S. military bases to go on heightened alert the previous day.

“Using new tactics and equipment, the IRGC Air Force demonstrated some of its extensive capabilities in the face of hypothetical enemy threats,” Iranian state TV network IRIB wrote on its website.

″An important achievement of the IRGC’s airspace at this stage of the exercise, the successful firing of ballistic missiles from the depths of the ground was completely camouflaged, which could pose serious challenges to the enemy intelligence agencies,” the website wrote.

Iran’s Revolutionary Guards have been displaying their military capabilities in drills this week, as part of annual war games held in the Strait of Hormuz, a critical waterway through which 30% of the world’s seaborne oil is shipped. Regional television channels showed a mock-up U.S. aircraft carrier in the Strait, complete with model planes on its deck, being blown up by missiles.

Read the full article at CNBC