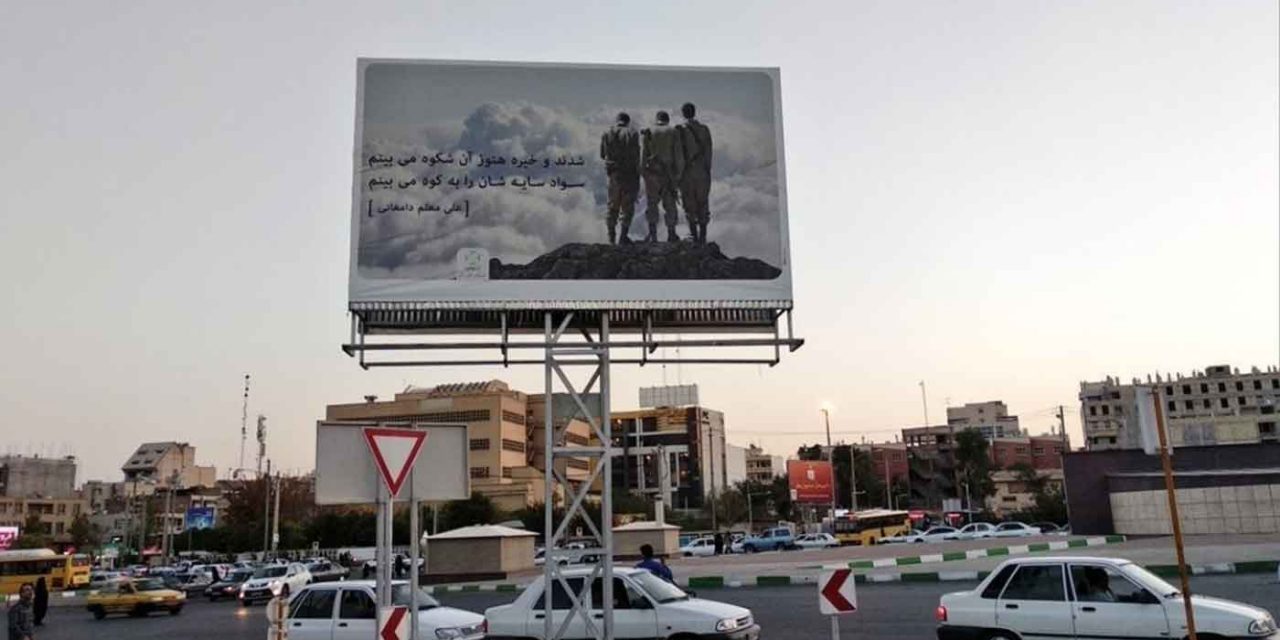 Authorities in Iran put up a poster to commemorate “Sacred Defence Week” and honour Iranian “martyrs”, but unwittingly used a picture of Israeli soldiers instead of Iranian soldiers.

The billboard depicted three soldiers standing on a mountain with clouds in the background and contained a quote from poet Ali Moalem Damghani, which honoured “martyrs” from past wars.  “They stare at me, still glorious, I see their shadow on the mountain,” the quote on the billboard said.

Completely unintentionally, the Iranian regime called Israel’s soldiers “glorious”. This is clearly an improvement from the “dogs” and “infidels” they are usually called.

Is it possible they hate women more than the IDF? 🤗 pic.twitter.com/XQ8YjYbfmM

The mistake also highlighted the Iranian regime’s intolerance of women as the female IDF officer from the original picture was photoshopped out of the image. The image also contained M-16 assault rifles which the Iranian army is not equipped with.

Fortunately, many Iranians saw the funny side of it and took selfies of the billboard and an amused crowd gathered and filmed the poster being taken down that night. Although, clearly, not everyone was amused.