In first, US deploys stealth fighters to Qatar airbase amid Iran tensions 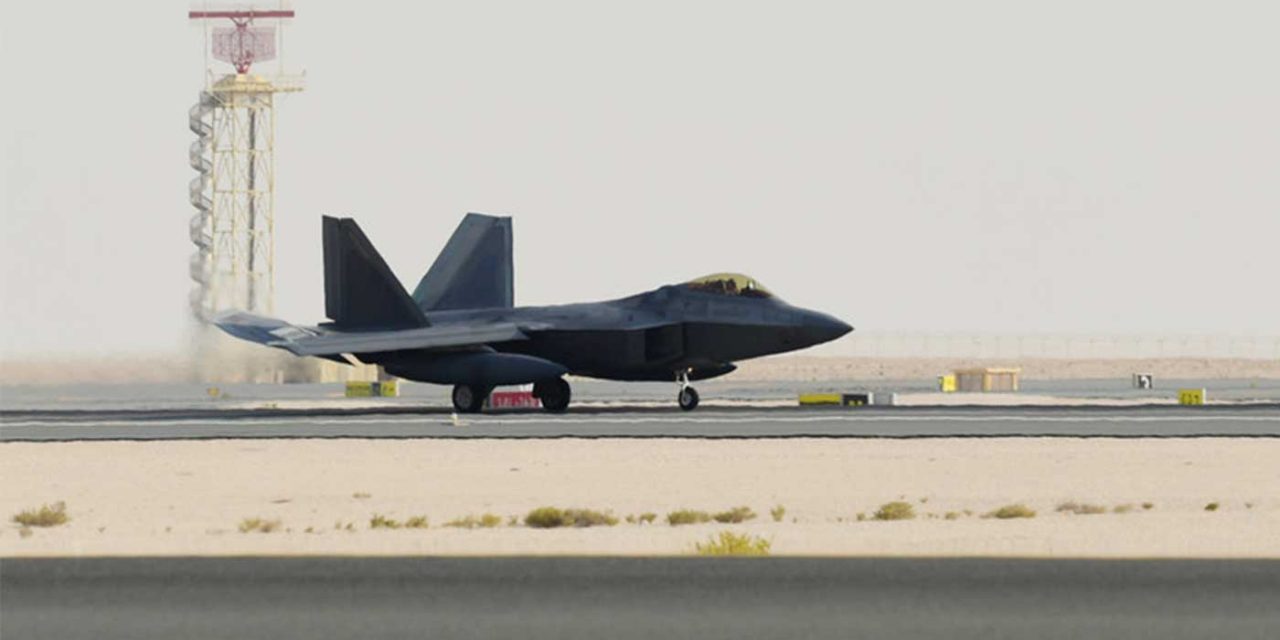 The US has deployed a squadron of F-22 stealth fighters to Qatar, the first time the jets have been deployed there, in a move to show Iran that it is taking these threats seriously.

The move was announced by the US military on Friday, adding to the buildup of US forces in the Gulf. A sign that we Christians need to pray for the situation with Iran.

The US Air Forces Central Military Command said in a statement that the F-22 Raptor stealth fighters have been deployed “to defend American forces and interests”.

Officials have not specified the number of jets sent.

F-22s #deployed to #Qatar for the first time in order to defend American forces and interests in the @CENTCOM area of responsibility. https://t.co/7aGBztTGKe#AirForce #USAF #Aviation #F22 #Raptor@DeptofDefense @usairforce @grandslamwing pic.twitter.com/CMPcaPggjU

Tensions have been rising between Iran and the United States over the past few weeks after Iran threatened to end its involvement in the Iran Deal. Iran has also been accused of

One of the acts of aggression from Iran was to shoot down a US Navy drone in international waters. This action was reported to have caused the US to consider retaliatory strikes on Iran, with President Trump cancelling the attack order just minutes before it took place. The US is instead introducing more sanctions against Iran, which are said to have a crippling effect on Iran’s struggling economy.

Iran has also been accused of carrying out attacks against oil tankers in the Persian Gulf.