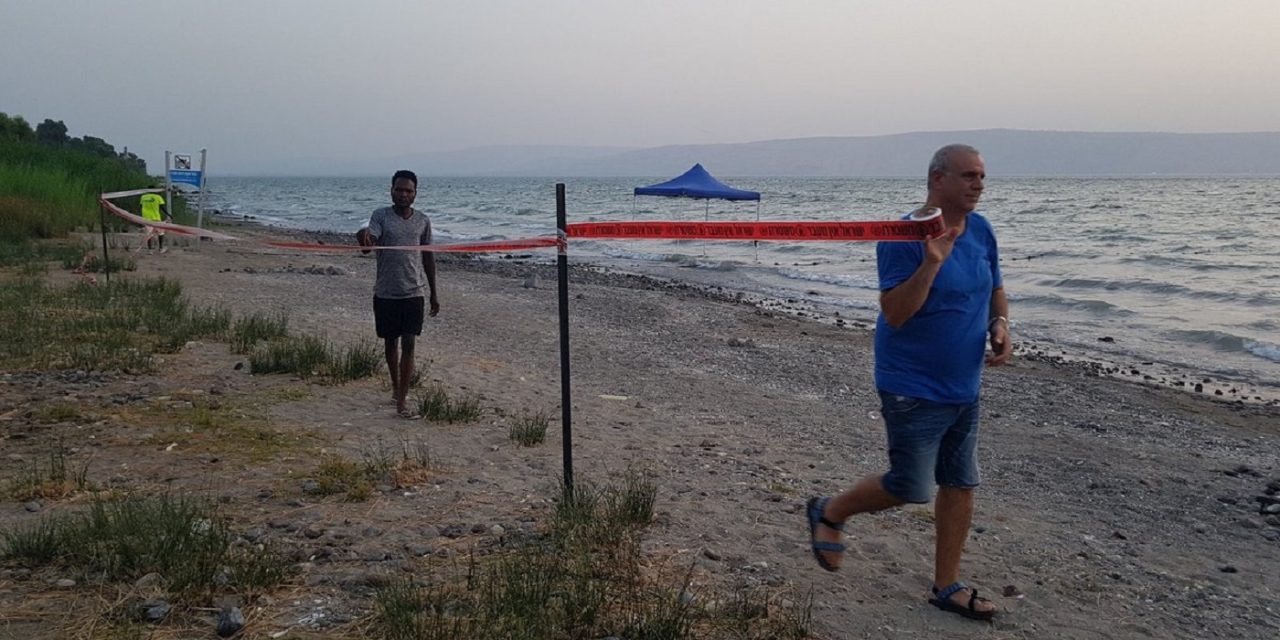 The Russian Defense Ministry said it thanked the Israeli army for destroying an Islamic State missile launcher that fired two rockets Wednesday that landed in the Sea of Galilee.

According to the Russian ministry, the IDF strike that hit the launcher Wednesday apparently also killed a number of IS fighters.

On Thursday, Israeli police sappers and naval divers were carrying out searches in the sea to find and identify the two projectiles. Beaches on the eastern shore of the lake were closed to bathers.

In response to the 2 rockets launched at Israel from Syria, IDF aircraft targeted the rocket launcher from which they were fired. The area surrounding it was targeted by artillery

Eyewitnesses told Hadashot news that they saw the projectiles land in the water — one of them exploding, and the other not.

“We heard a whistling,” one local recalled. “And then a second whistling. And then we saw [one of the missiles] falling into the water, maybe 50 meters from the beach.”

#BREAKING #Israel army checks reports that a stray rocket from #Syria landed in the Sea of Galilee. Big if true pic.twitter.com/GVZORndrF3

“Russian armed forces’ command in Syria used the existing communication channels to thank the IDF leadership for killing terrorists and stopping a massive provocation,” the Moscow ministry said in a statement Wednesday reported by Sputnik news, which provided an English translation.

“A precision strike by jets and IDF artillery operatively destroyed Daesh terrorists and their rocket launchers,” the ministry said, referring to the terror group by its Arabic acronym.

The ministry said that by firing the missiles IS was “seeking to provoke Israel’s strike on positions of the Syrian government army,” the Tass news agency reported.

Israel has in the past hit Syrian military positions after their stray fire landed in Israeli territory.

Russia, along with Iran, is providing military assistance to Syrian President Bashar Assad is his bid to quash a civil war that has raged for over seven years.

Israeli aircraft targeted a position in southern Syria on Wednesday evening in response to apparently errant fire from the fighting that triggered sirens throughout the Golan Heights hours prior. The Israeli Defense Force said it targeted the rocket launcher that fired the two projectiles toward Israel, though it did not identify the party responsible.

Hours earlier the Emek Hayarden Regional Council said two projectiles landed in the Sea of Galilee in the north of the country, without causing any injuries or damage.

Jerusalem: Photos, Hours after 2 rockets fired from Syria slammed into the Sea of Galilee, Israel attacks Syrian positions in retaliation, why both rockets weren’t intercepted being investigated pic.twitter.com/ot9LhbXBUX

The projectiles were believed to have been fired from the southern part of the Syrian Golan Heights, where the Syrian regime has been completing its campaign against the last rebel villages remaining in the area.

The projectile fire came a day after the Israeli Air Force shot down a Syrian fighter jet that traveled two kilometers into Israeli airspace.

In light of the heavy Russian presence in Syria, Israel in September 2015 set up a mechanism with Moscow — involving work groups led by the deputy chiefs of both militaries — to avoid conflicts and potentially fatal misunderstandings.

However, senior air force official have stressed that this system is limited: Israel does not inform the Russians before conducting airstrikes in Syria, nor does Russia let the Israelis in on its plans.

Israel has acknowledged carrying out several aerial raids on Iranian targets in Syria, and is suspected of carrying out several more aimed at preventing Iranian military entrenchment in the country or the supply of advanced weapons to Iran’s proxy, the Hezbollah terror organization in Lebanon.

Jerusalem and Moscow are reportedly working on arrangements for southern Syria and the border area after the regime regains control of the region.