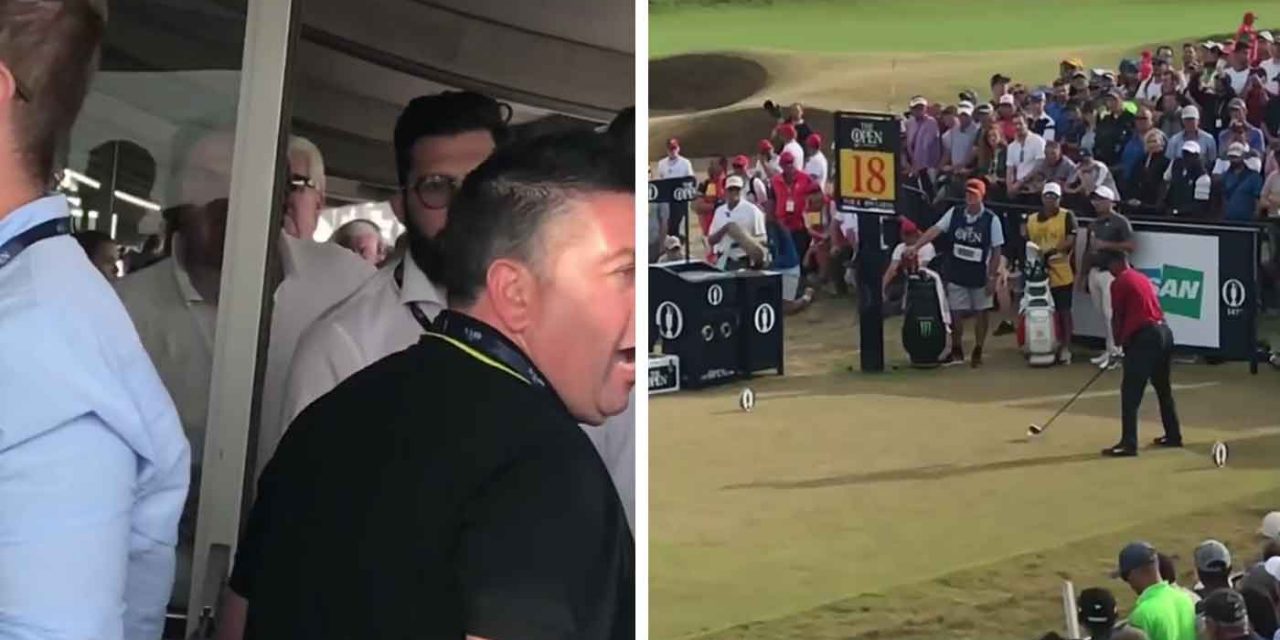 A heckler who shouted “Free Palestine” at Tiger Woods was ejected from the British Open.

On Sunday, Woods was on the backswing of his final tee shot when the heckler shouted about ‘Palestine’. After the drive, the American golfer reacted saying “No. What are you doing?”

The 14-time Major champion said: “I flinched, but I’ve had things like that happen a lot in my career with people who just tried to time it. Either that, or they’re a little bit over-served (with drink). They tipped back a few and it’s late in the day.”

“Unfortunately, that’s part of what we have to deal with in today’s game. People are trying to yell out things to try to be on TV or be in social media or whatever it may be. But that was too close to affecting the game of play.”

Woods finished three shots behind champion and playing partner Francesco Molinari, though is still in the world’s top-50 after finishing the weekend’s tournament in joint-sixth.

Another video of the incident, showing the man who shouted is below but be warned there is profanity in this video.