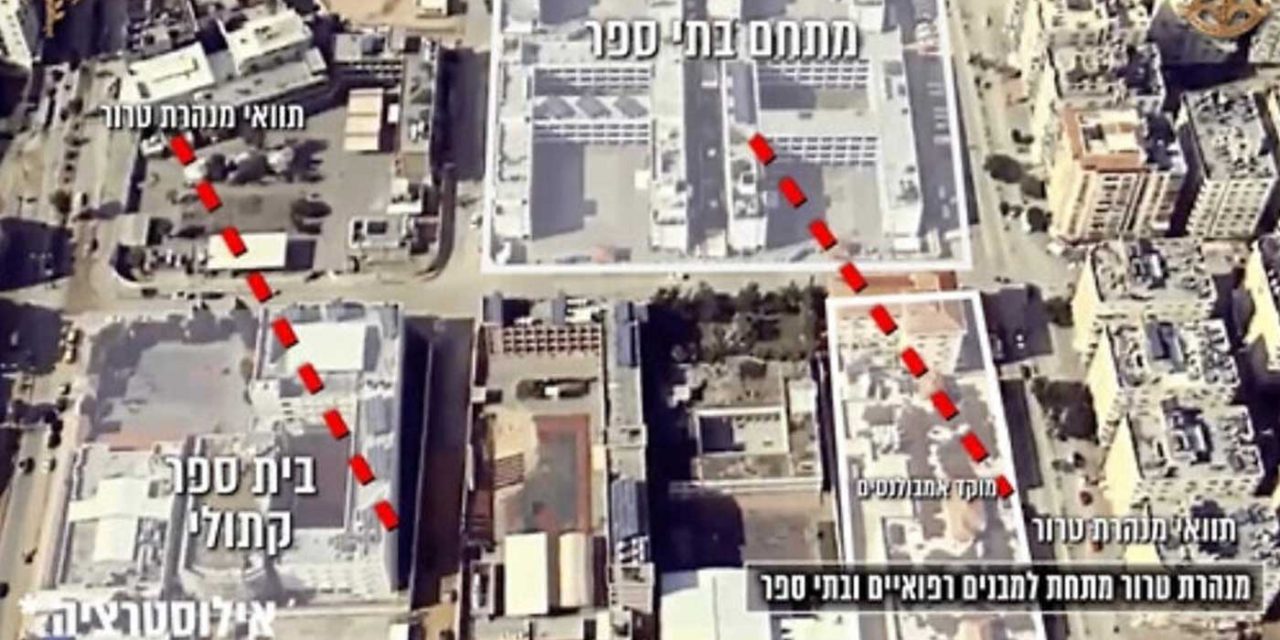 The Israel Defense Forces on Wednesday exposed a number of Hamas tunnels under civilian sites in the Gaza Strip, including one in the Tafah area of Gaza City located next to a franchised Pepsi bottling factory, and another running next to an UNRWA elementary school that acts as a shelter for some 2,500 people, according to the IDF.

The tunnels pass under “buildings that are essential for civilian life, in the knowledge that a strike on those targets will be provocative. If the tunnels collapse, hospitals, mosques, universities, or factories will collapse with them,” said the IDF.

Hamas endangers the lives of innocent Palestinian and Israeli civilians every day. Here’s how: pic.twitter.com/pdVT1NG1y9

A weapons storehouse and the entrance to a tunnel were also found in the homes of two Hamas operatives, said the IDF. One of the homes is located next to an UNRWA medical clinic which serves some 15,000 people in the area, according to the military.

“The locations in which this infrastructure was uncovered paints a very severe and sad picture, in which exploitation and lack of humanity are a modus operandi,” said the military. “The enemy is hiding infrastructure for the next war under the noses of the innocents, thereby placing them, against their will, at the front of the next conflict.”