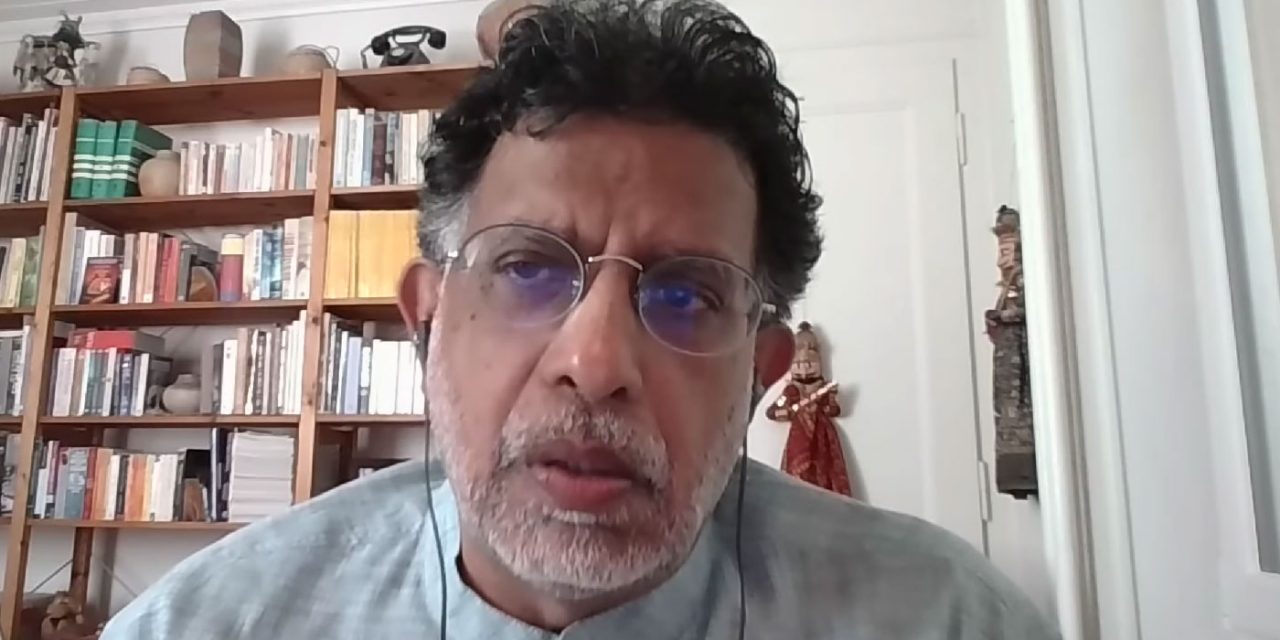 In the latest example of anti-Israel bias at the United Nations, Miloon Kothari, an official who was supposed to act as an impartial investigator into Israel has spoken to an anti-Israel news organisation and claimed that social media is controlled by the “Jewish lobby”, a clear antisemitic trope.

Miloon Kothari is a member of the three-person UN Independent International Commission of Inquiry on the Occupied Palestinian Territory, including East Jerusalem, and Israel. The Commission of Inquiry (COI) is supposed to be independent and unbiased, but those selected broke the UN’s own rules as they were biased against Israel.

Kothari said in an interview with The Real News: “We are very disheartened by the social media that is controlled largely by, whether its the Jewish lobby or its various specific NGOs, a lot of money is being thrown into trying to discredit us.”

The International Holocaust Remembrance Alliance (IHRA) Definition of Antisemitism defines that it is antisemitic when a person is: “Making mendacious, dehumanizing, demonizing, or stereotypical allegations about Jews as such or the power of Jews as collective — such as, especially but not exclusively, the myth about a world Jewish conspiracy or of Jews controlling the media, economy, government or other societal institutions.”

Therefore, to claim that “social media is controlled largely by… the Jewish lobby” is antisemitic according to the IHRA definition.

In the interview with Kothari, he went on to talk about other areas, such as apartheid. “We will get to the apartheid question at some point in the future. We will be looking at discrimination in general, you know, from the river to the sea.”

However, he cautioned against focusing too much on the issue of apartheid, adding that it is not a useful paradigm. Amazingly, he appaears to think that apartheid is not a strong enough word to describe what Israel is doing.

“When we are asked to look at it, root causes are very important to draw the full picture,” Kothari said.

“Just ending apartheid is not going to end occupation,” he said. “There is a much deeper and a much more comprehensive review that has to be done, and that is what we are doing.”

He also questioned why Israel was even a UN member state.

“I would go as far as to raise the question of why are they [Israel] even a member of the UN,” Kothari said.

“The Israeli government does not respect its own obligations as a UN member state,” he said. “They consistently either directly or through the US try to undermine UN mechanisms.”

From the interview, it is clear that Kothari and his colleagues are not trying to be independent on this issue. They are not investigating the Palestinians or the terrorist groups operating in the Palestinian territories. Instead, Kothari kept explaining that their aim was to help change the narrative on Israel and to expose Israel. He said they were collecting data that would be given to the International Criminal Court (ICC) in order to be used in legal precedings against Israel. And he seemed to celebrate a change in attitudes amongst some European countries where they were actively speaking out against Israel.

All of this shows an incredible bias against Israel. In fact, this commission and those who head it seem determined to use their work to harm Israel.

Understandably Kothari’s comments have sparked outrage both in Israel and the wider Jewish community. The Commission of Inquiry against Israel was already heavily biased against Israel and should never have begun in the first place. So when one of the supposedly unbiased officials starts spouting antisemitic tropes, it set off alarm bells for Israel.

Israel’s Ambassador to the UN in Geneva, Meirav Shahar, said that she had written to the president of the UN Human Rights Council asking for the resignation of Miloon Kothari following his antisemitic comments.

I’ve just sent a letter to @UN_HRC President officially asking for the resignation of Miloon Kothari following his recent antisemitic comments.
All 3 Commissioners should never have been appointed. This CoI must be disbanded!

There is no place for antisemitism at the UN! https://t.co/5h3TnFbq50

“COI is solely targeting Israel,” she said. “Kothari’s outrageous statements add to the extreme prejudice towards Israel expressed by the members of the COI prior to their appointment, and it is clear that they were selected precisely because of this prejudice.”

The United Nations has long been an anti-Israel organization, but it seems the attacks against Israel are increasing in frequency and magnitude. This Commission of Inquiry is a permanent and direct attack against the world’s only Jewish State. It has to end.