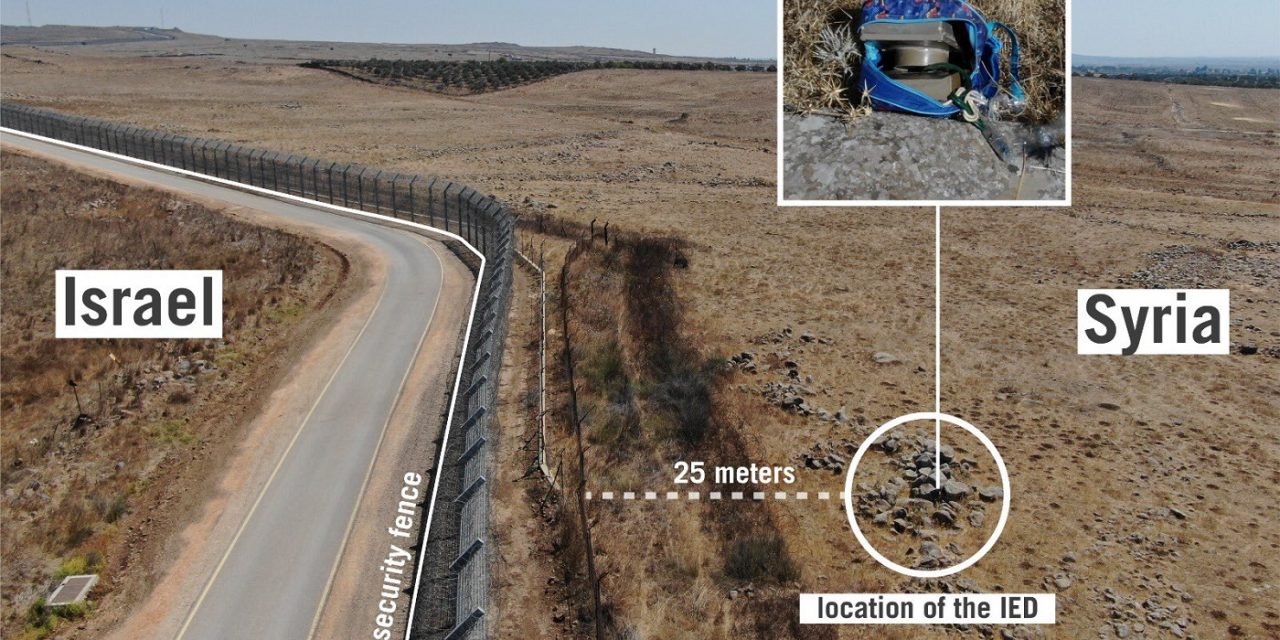 IDF troops foiled an attempt to place an improvised explosive device (IED) along the border between Syria and Israel, shortly after midnight on Monday.

“IDF troops on the southern Golan Heights adjacent to an IDF post spotted a terror squad placing explosive devices next to the security fence. IDF troops and an IDF aircraft fired simultaneously towards the squad of four terrorists, a hit was identified. No IDF injuries were reported,” the Army statement said.

…and the moment we stopped them.

We will continue to defend Israel's borders from all enemy threats. pic.twitter.com/bQPGPiJFlg

“The Northern Command maintains elevated readiness for various scenarios. The IDF holds the Syrian regime responsible for all events on Syrian soil and will not tolerate any violation of Israeli sovereignty,” according to the statement.

Later on Monday, IDF troops found a backpack at the scene of the attack containing deadly supplies.

The satchel contained a few IEDs ready to deploy against IDF troops. It was found 25 meters from the security fence on the Israeli side of the Alpha Line, Syria and Israel’s de facto border.

Weapons & a bag containing explosives were found just meters from the Israeli security fence between #Israel and #Syria.

Last night, 4 terrorists attempted to plant & use them. We stopped them before they could.

We won’t allow any harm to Israel or our sovereignty. pic.twitter.com/G1RwWjSgAh

In response to the foiled attack by terrorists, IDF fighter jets, attack helicopters and aircraft struck military targets in southern Syria belonging to the Syrian Armed Forces on Monday night, in line with Israel’s promise to hold the Syrian government responsible for all terror activities against Israel conducted from Syrian soil.

In response to an attempted IED attack near the security fence between Syria & Israel last night, we just struck SAF targets in Syria including: