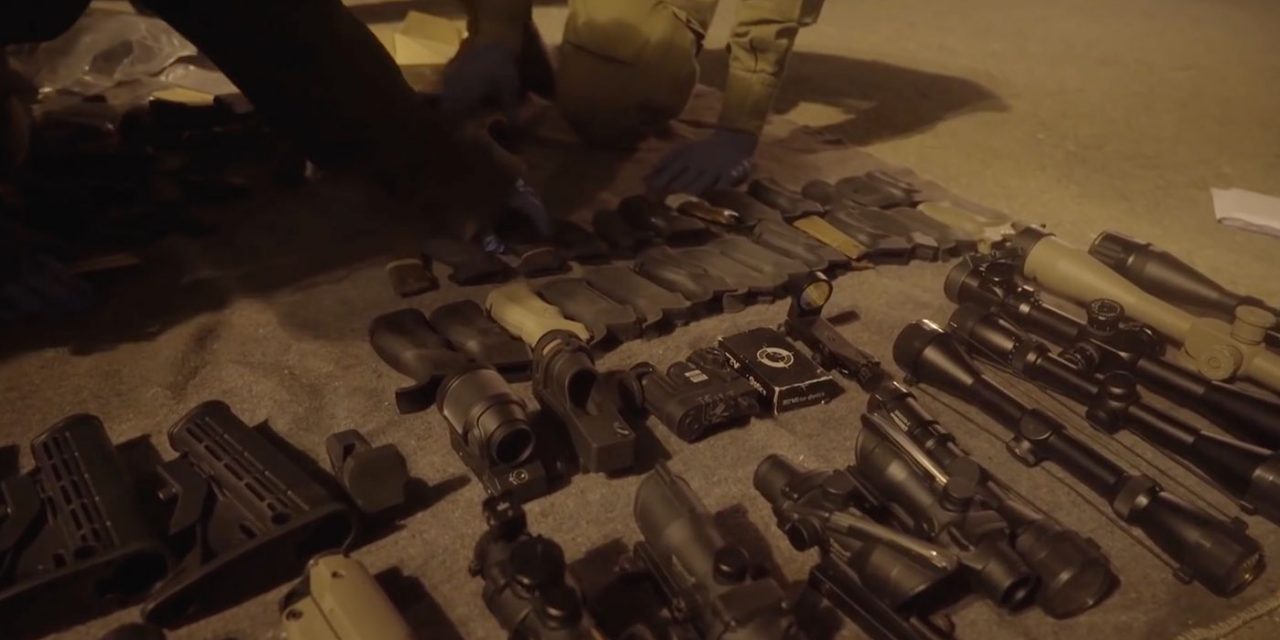 The Israeli Defense Forces have seized hundreds of weapons after discovering an illegal Palestinian arms network after the group purchased weapons parts on the internet.

Tuesday night, security forces carried out a massive illegal weapons bust, uncovering a weapons manufacturing and trade infrastructure in Balata, near Nablus. Forces seized hundreds of weapons parts, ammunition, and several completed firearms, including M-16s and pistols, and made nine arrests. The illegal arms network purchased the weapons parts over the internet from abroad, and Israeli intelligence closely monitored the transactions and accounts, leading them directly to the illegal arms network.

“The illegal arms industry is an important component in the efforts of many terror organisations to create terror in Judea and Samaria,” says a senior IDF official.

The illegal arms network, though based in the Nablus area, served terrorists and criminals as far away as Hebron. “The infrastructure of the illegal arms industry isn’t based in a specific place. This is a network in which every person has their specific job in getting the material or assembling it. The network we brought down yesterday serves hundreds of clients in Judea and Samaria.” Shutting down this network means that weapons can’t fall into the hands of terrorists, preventing attacks before they can happen and saving civilian lives.

The network wasn’t affiliated with a particular terror group, but the illegal arms industry plays a vital role in Palestinian terror, supplying organized groups and “lone wolves” alike with the means to carry out deadly attacks on Israeli civilians. It also fuels local crime in Judea and Samaria, which in turn is used by local organizations to propel terror attacks. “The more we crack down on [the illegal arms trade], we create an effect where people will not want to make a living off of it, where people will want to make a living off of things that won’t harm people.”

In the past few months, since the beginning of 2017, Israeli security forces have seized 84 weapons and shut down seven weapons manufacturing warehouses. Last year, Israeli security forces uncovered and shut down 44 of these warehouses. “We’re going to keep on going after the illegal arms industry, because we understand that cracking down serves the purpose of thwarting terror attempts,” says the IDF official, “especially terror by inspiration, by people who are inspired by organized groups. And at the same time, it serves the security and the conditions of the Palestinians themselves.”