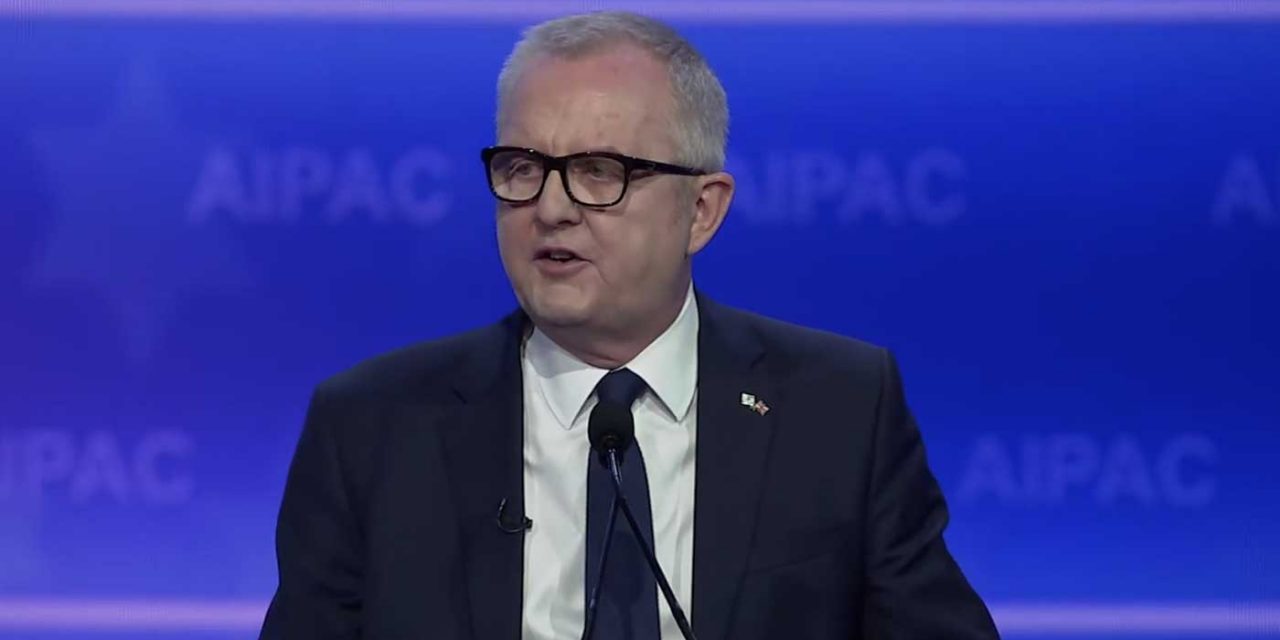 Former Labour MP Ian Austin has delivered an emotional speech to the AIPAC conference in the US this week, speaking of his support for Israel and speaking out against the scourge of anti-Semitism within the Labour Party. Mr Austin urged “good fair-minded people of all political persuasions to come together to fight anti-Zionism and rampant antisemitism”.

Speaking as the UK Trade Envoy to Israel, Mr Austin told the AIPAC audience in Washington of the debt he owed to his family, and in particular his Holocaust survivor father Fred.

“It is because of him that I am here today,” said Mr Austin, as he told how his father was “put on a train to England” from Czechoslovakia at age 10 while the rest of his family perished in the death camps.

The former Dudley North MP then said that, until last year, he had been a senior figure within Labour, working for both Prime Ministers Tony Blair and Gordon Brown, but he had “left the party and parliament to fight extremism, antisemitism and anti-Zionism.”

Mr Austin said he was “proud to be an active member of Labour Friends of Israel” throughout his time in Labour and one of a few MPs who spoke out against the disastrous Iran Deal (the JCPOA). He explained that “historically Labour had always been steadfast in its support of Israel”, but that “everything changed with the election of an obscure backbencher named Jeremy Corbyn.”

Mr Austin said his parents had taught him not to stand by when he witnessed prejudice and bigotry and therefore he campaigned against “one-sided attacks against Israel, each and every time they reared their head.” This is true on many fronts, with a number of videos of Mr Austin taking Corbyn and the Labour party to task over their anti-Semitic attitudes.

The final straw came after meeting with a survivor in Auschwitz, who had questioned how he could remain in Labour after all the anti-Semitism. This was the moment he realised he could no longer stay in the party.

Ian Austin has been part of a cross-section of MPs who have worked together to raise awareness about anti-Semitism, racism and extremism in politics and who campaigned against Corbyn getting elected. The former-MP declared: “Indeed, in December Jeremy Corbyn received one of the worst defeats in UK history.

Speaking of the British public, Mr Austin said he was “so proud, so proud of the way ordinary decent British people rejected racism and discrimination and stood up for the Jewish community.”

As the UK’s trade envoy to Israel, Mr Austin stressed his opposition to the anti-Semitic Boycott, Divestment and Sanctions (BDS) movement against Israel and called for Israel, the UK and the US to “work together to share democratic values and secure peace throughout the world.”

He concluded that anti-Semitism and anti-Zionism had yet to be defeated but added: “You can always count on me in this battle ahead.”