‘I will not be silenced’: Israel’s UK Ambassador will not give in to anti-Israel hatred 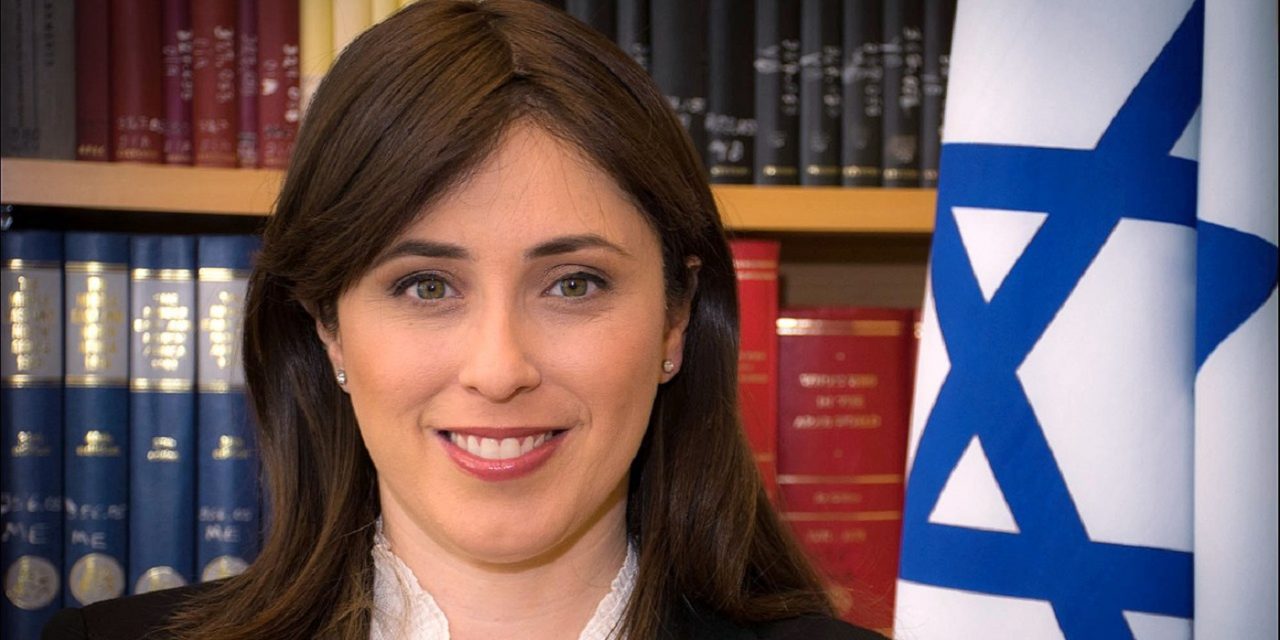 Israel’s Ambassador to the UK, Tzipi Hotovely, has spoken out following the incident on Tuesday when an angry mob of Palestinian protesters tried to disrupt her talk and attempted to chase her from the venue as she was leaving.

The shameful display of hatred on the streets of London has been roundly condemned by British politicians, but now the ambassador herself has spoken and vowed not to be silenced by their hatred.

The ambassador told the Daily Mail: “The protesters were shouting and screaming throughout the event but they didn’t disturb [it] because the British police and my security made it clear that the event would take place.”

“They were trying to put on a lot of pressure and basically intimidating us,” the ambassador explained, but said she felt “very protected” by her security team and by the police.

However, she added: “I do think it’s shameful that people are trying to silence diplomats from a democratic country.”

“Even expressions about hurting my vehicle are unacceptable. It’s an incitement to violence,” she said.

CUFI strongly condemns the violent behaviour towards Tzipi Hotovely, Israel’s ambassador to the UK, from pro-Palestinian...

Posted by Christians United for Israel - UK on Wednesday, 10 November 2021

The protests appear to have been organised by LSE for Palestine, which calls itself a ‘student group’ which ‘calls for the liberation of Palestine’. It later congratulated protesters on their ‘march’, calling it ‘peaceful’, despite the clear aggression on display.

Another group taking part in the protests was LSE Class War whose Instagram account has been shut down after they called for their members to smash the windows of Hotovely’s car and scare her. Both acts they tried but failed to achieve.

Mrs Hotovely, a lawyer, a married mother of three daughters and a practising Orthodox Jew, said: “I will continue to speak in every British campus. I will not allow those radical groups to shape the discourse in academia.”

“Those groups are really against this very basic value of dialogue [and] freedom of speech,” she added.