Holocaust memorial defaced in Ukraine a week before remembrance day 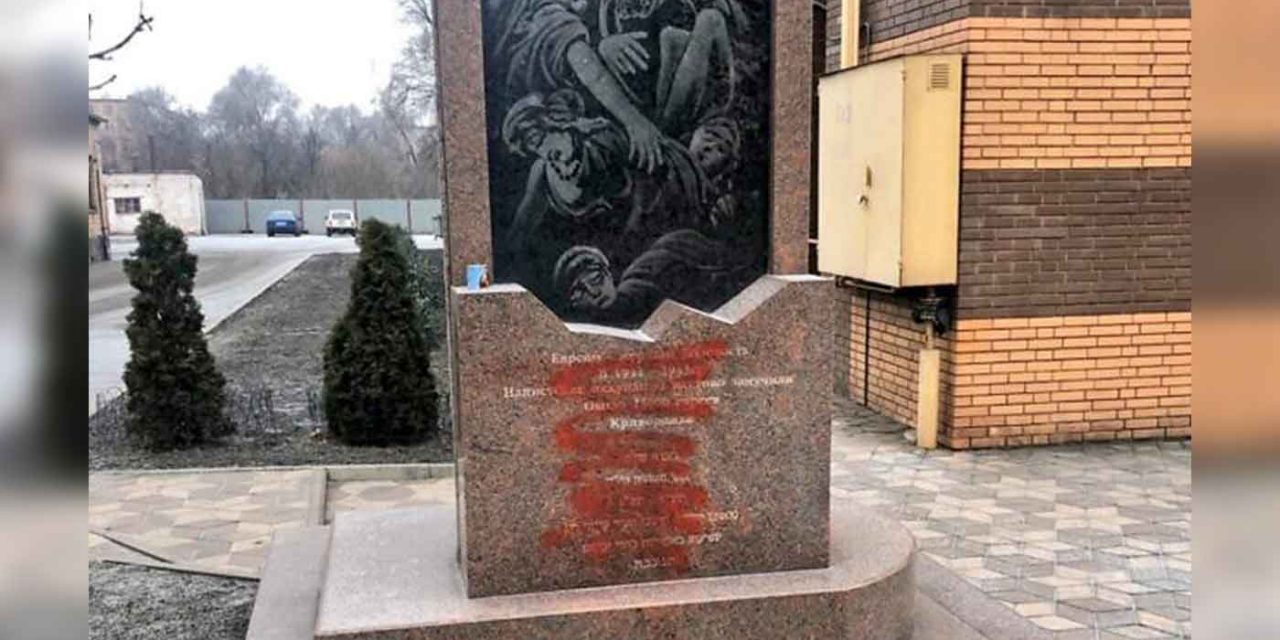 Just over a week before International Holocaust Remembrance Day, a monument to the victims of the Holocaust was found defaced in the western Ukrainian city of Kryvyi Rih, Israel’s ambassador to the country Joel Lion said.

The envoy shared a photograph Sunday of the vandalized monument on Twitter, noting that it lies “not far from President’s @ZelenskyyUa’s parents’ home.”

“I hope that justice will prevail,” Lion added.

Earlier this month, a Jewish organization in Ukraine said that the number of anti-Semitic incidents documented in the country last year decreased by 27 percent over 2018.

The United Jewish Community of Ukraine, one of several groups representing Ukrainian Jewry, said in a report published January 6 that it had documented 66 anti-Semitic incidents in 2019 compared to 90 in the previous year.

It attributed the purported change to the election in May of Volodymyr Zelensky, a Jewish actor, as president.