“Go out!” Macron shouts at Israeli security in angry outburst at Jerusalem church 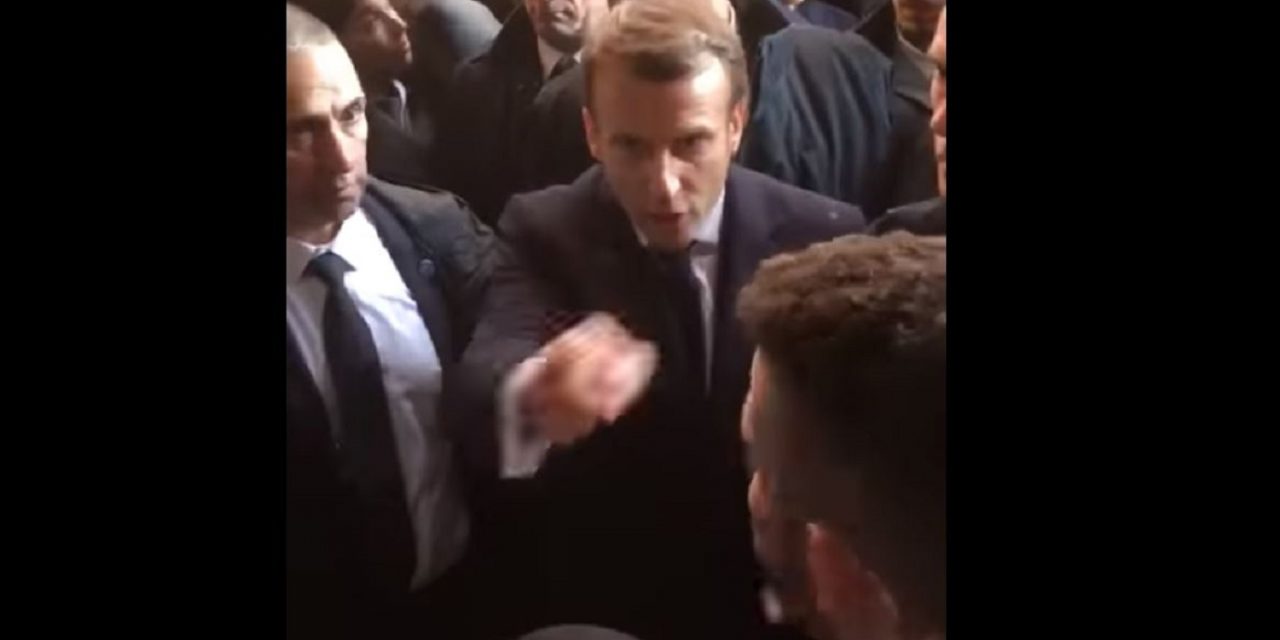 French President, Emmanuel Macron was videoed giving an angry outburst at Israeli security on Wednesday during a visit to a French church in Jerusalem.

The Church of Saint Anne on the Via Dolorosa in Jerusalem’s Old City is apparently French territory where Israeli police do not have jurisdiction. Macron was visibly unhappy with Israeli security  agents who appear to have remained protecting him instead of waiting at the entrance.

“I don’t like what you did in front of me,” Macron is seen shouting at a Israeli Shin Bet agent standing in front of him at the entrance to the church.

“Go outside please, nobody has to provoke anyone, is that understood?” Macron says in English in video footage from the scene. “We stay calm, we have had a wonderful walk, you do a good job in the city and I appreciate it, but please respect the rules established for centuries, they will not change with me, I can tell you,” he adds.

“It’s France here, and everyone knows the rule,” he says.

Ouch. #France President Macron yells at #Israel Security, asks them to “respect the rules” , “go outside” as he makes his way into Church of Saint Anne in Jerusalem.

The Shin Bet, Israel’s domestic intelligence agency, has a unit charged with protecting the top officials of the state and the most senior of visiting leaders, but it appears as though there was an arrangement for personnel to remain at the entrance.

The St. Anne basilica, built by the Crusaders in the 12th century and offered by the Ottoman Empire to France in 1856, is one of four French territories in Jerusalem, AFP notes.

In 1996, Chirac got angry at Israeli soldiers for clinging too close to him and shoving well-wishers, residents and even accompanying journalists away when they tried to shake his hand or get close to him. Chirac famously put a hand on one officer’s shoulder and demanded, “Do you want me to go back to my plane?”

When his procession arrived at the Church of St. Anne, Chirac was angered to find armed Israeli officers inside the church. He demanded they leave before stepping inside himself.