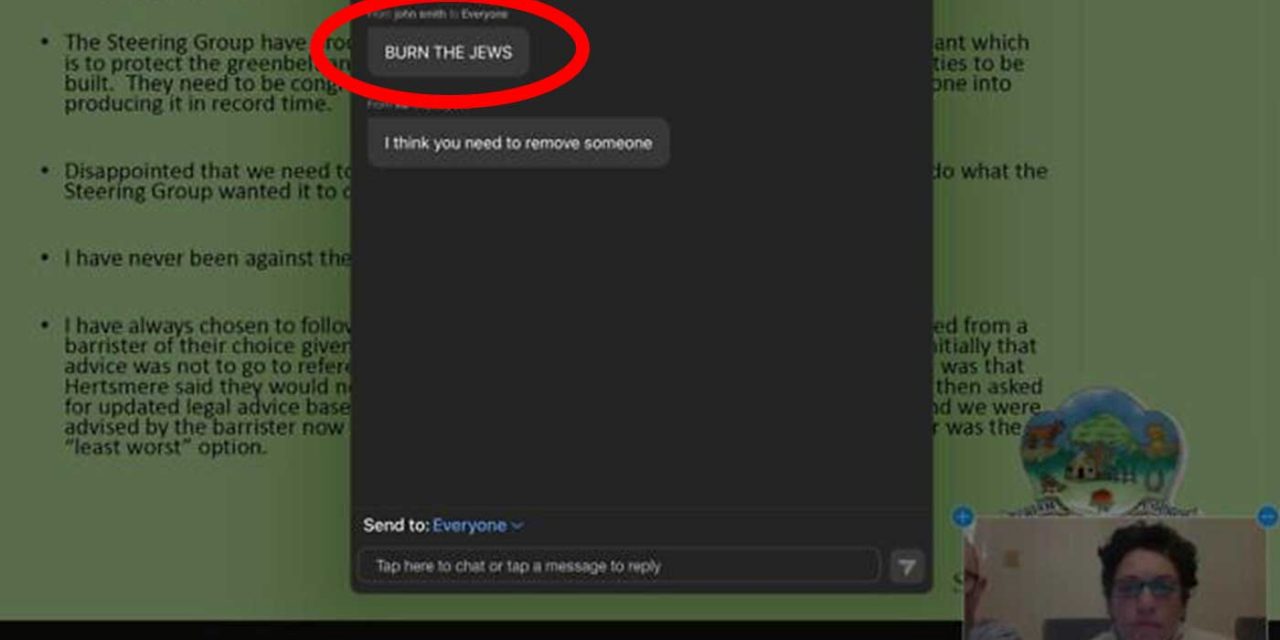 Hertfordshire Police are investigating a hate crime after an unknown individual posted about killing Jews during a village council’s online Zoom meeting.

Councillors on Shenley Parish Council near Borehamwood were discussing its neighbourhood plan on Tuesday evening when the meeting was hijacked by a member of the public posting: “Burn The Jews.”

The comment was left by someone calling themselves “John Smith”, but it is likely not their real name.

Shenley, a small village near to Radlett and Borehamwood, has been estimated to have a roughly 20 percent Jewish population.

Cllr Michelle Vince, a representative on Hertsmere Borough Council who attended the meeting, said she was left disgusted by the inappropriate comment.

“Tonight I joined the extraordinary Shenley parish zoom meeting,” she said. “I was absolutely disgusted at the antisemitic remark in the group chat.”

“A remark like what I saw must not be tolerated. I hope it is referred to the police by the parish council, I will [be] raising it with the police tonight myself.”

A spokesman for Hertfordshire Police said the force was investigating the incident and appealed for information to help find the culprit.

“Police are investigating an incident of malicious communications and hate crime in Shenley,” he told the Jewish News.

Officers want those with any information which could help the enquiry to report it online at herts.police.uk/report or to call 101 quoting crime reference 41/19051/21.

Crimestoppers, the independent charity, can also be contacted anonymously on 0800 555 111.