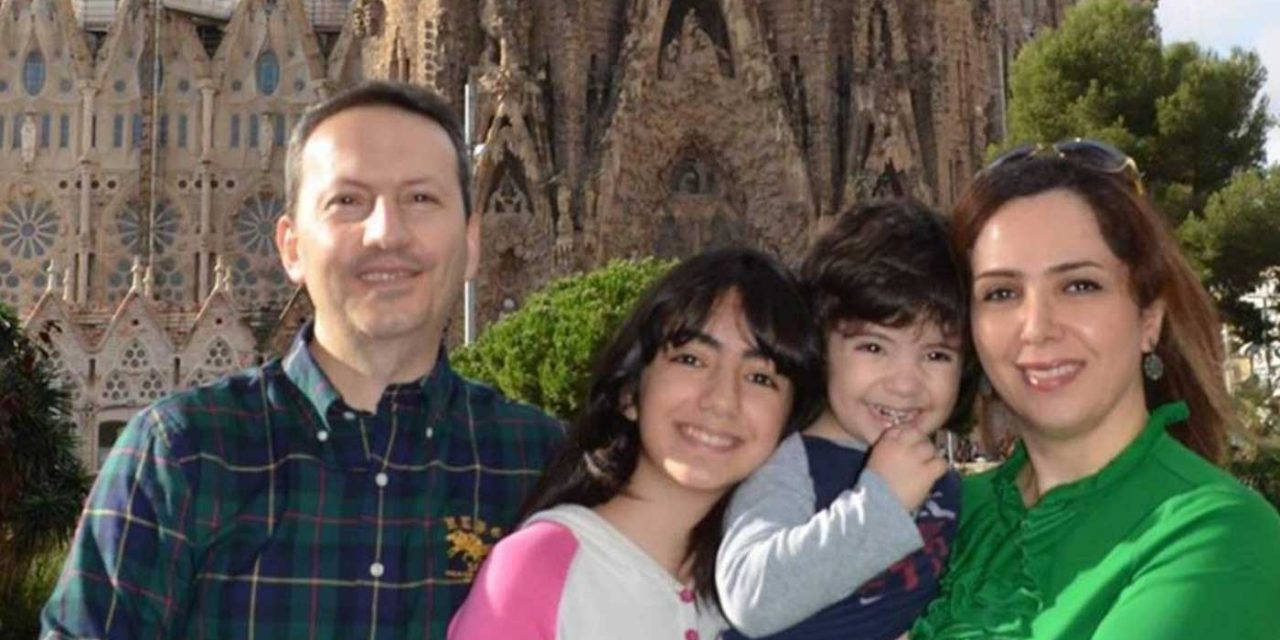 A Swedish-Iranian academic who is being held in a Tehran jail over trumped-up charges of espionage (similar to British-Iranian Nazanin Zaghari-Ratcliffe) is said to be “near death” according to UN experts and those close to the situation.

Ahmadreza Djalali is a medical professional, lecturer and researcher who up until five years ago lived in Stockholm, Sweden. During a visit to Iran in 2017 he was arrested and charged with giving information to Israel that led to the deaths of Iranian nuclear scientists. These claims are likely fabricated with experts saying there is no evidence he was involved in passing information to Israel. Ahmadreza on the other hand claims he is being held because he refused to spy for the Iranian regime in Europe.

Ahmadreza’s treatment in Iran is nothing short of torture. The abuse he has received has rightly sparked outrage from human rights groups. He has been forced into solitary confinement where they have bright lights on him all day and night in order to disrupt his sleep. He is severely malnourished and at the moment is struggling to even talk because of the frailty of his body. On top of this he is suffering psychologically from the thought that he may be executed any day now.

A before and after picture posted on Twitter shows Ahmadreza has suffered severe weight loss at the hands of the regime.

Despite his dire situation, European nations are still too timid to hold Iran to account. Whether it is the release of European citizens or ensuring Iran abides by the Iran Nuclear Deal (JCPOA), Western countries are showing themselves to be feeble in the eyes of the Iranian regime.

Ahmadreza’s treatment is so bad that the United Nations has appointed eight independent experts to review his case. They have described him as being “near death” and said they are “shocked and distressed” by the cruel treatment he has endured.

The experts, who were appointed by the United Nations but who do not speak on its behalf, said “Djalali’s situation is truly horrific.”

“He has been held in prolonged solitary confinement for over 100 days with the constant risk of his imminent execution laying over his head,” they said in a statement.

“There is only one word to describe the severe physical and psychological ill-treatment of Djalali, and that is torture.”

The experts insisted that the allegations against Ahmadreza were “completely baseless and he should be allowed to return to his family in Sweden as soon as possible.”

They warned Thursday that “the cruel and inhuman treatment by authorities, (was) raising fears that, even if he is not executed, he may soon die in detention.”

Djalali was reportedly now in such bad shape he was having difficulty speaking, they said, adding that they are “are shocked and distressed by (his) cruel mistreatment.”

The experts also highlighted that his case was in no way an isolated incident in Iran, but was rather emblematic of the country’s “systematic use to punish and pressurize detainees, including to make forced confessions.”

“We urge the Iranian government, parliament and judiciary to halt the use of solitary confinement as a form of punishment and to impose a moratorium on the death penalty as a first step towards its abolition,” the experts said.

There is little we can do here at CUFI UK other than raise awareness for the plight of Ahmadreza Djalali and of course Nazanin Zaghari-Ratcliffe. We can also pray for them, and we encourage those reading this to do just that. This situation is barbaric and sadly is reflective of the Iranian regime which not only is the world’s leader of sponsoring terrorism but also an active threat to the security of Israel, the world’s only Jewish state. Iran must be stopped, and it’s time countries stopped treating the Iranian regime with kid gloves.