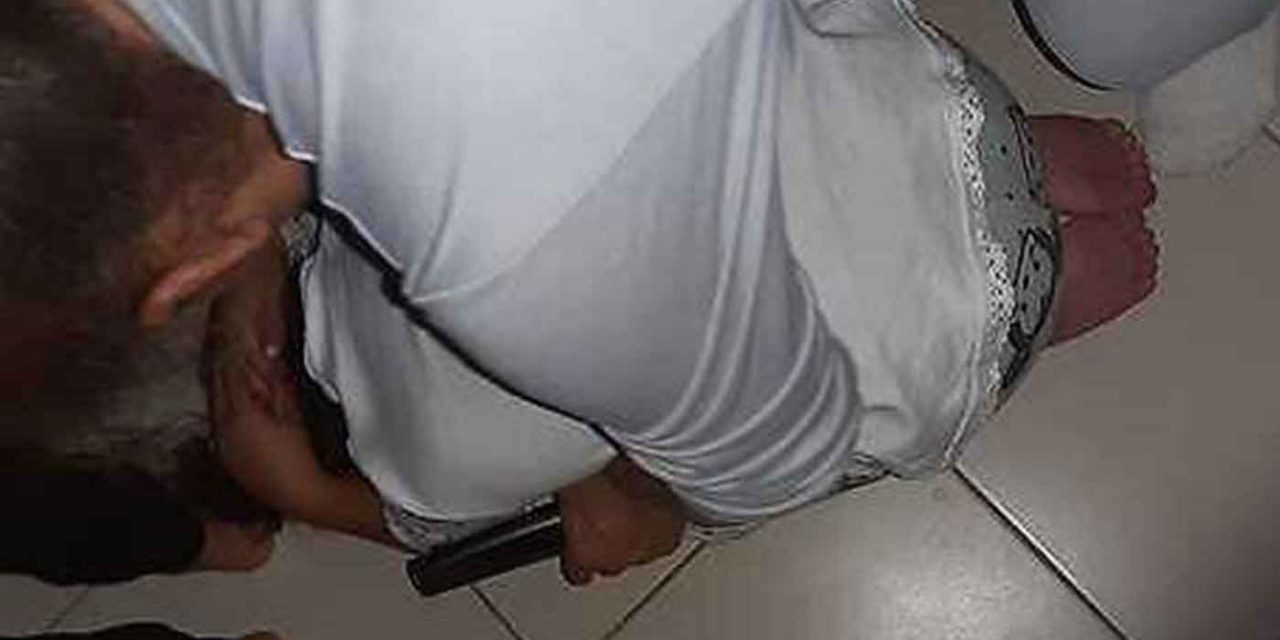 A photo of a five-year-old girl from Sderot cowering on the floor of her home as rockets rained down on her community went viral over the weekend, signifying to many the lasting trauma that years of repeated rocket barrages have done to innocents living near the border.

Sara Dahan, a 22-year-old single mother, posted the photo of her daughter Tahel online. She said her niece had accidentally taken it as the family gathered in the home’s protected space.

“My daughter! My own personal joy! The little girl who I promised to protect froze in place and simply would not move even though she was in the shielded room,” she wrote, referring to fortified concrete rooms that are mandatory in modern Israeli homes.

“Her whole body shook, she locked up on the floor and didn’t move, with her hands on her head. My girl, I’m so sorry you need to go through this.”

The photo was quickly shared on social media, with many expressions of sympathy towards the family as well as the impossible situation faced by residents of southern communities.

Friday night saw Palestinian terror groups in the Gaza Strip fire 10 rockets into Israel in two barrages. The Iron Dome system intercepted most of the projectiles, but one slammed into a house in Sderot, causing damage.

Sara Dahan later told the Ynet news site: “Ever since one of the sirens caught us in the street it’s been happening to her. She simply lies down on the floor, puts her hands over her head, shakes and mumbles words even I don’t understand.”

Dahan said he daughter could not be persuaded to leave her fetal position even when inside protected space. “She just pulls her shoulder away and won’t let anyone talk to her. It’s been like this for a month, a month and a half.”

Dahan added: “You could say she was born into this situation… It breaks you. It’s not an easy thing to see your daughter fall apart like that and cry. There’s not a lot I can do. Just hold her, reassure her, explain that mommy is here, that mommy is keeping her safe.”

Tahel herself told Ynet: “It was scary and I wanted to sleep but it didn’t stop. It always scares me. Mom gives me a hug and says she’s always here, she won’t leave me.”