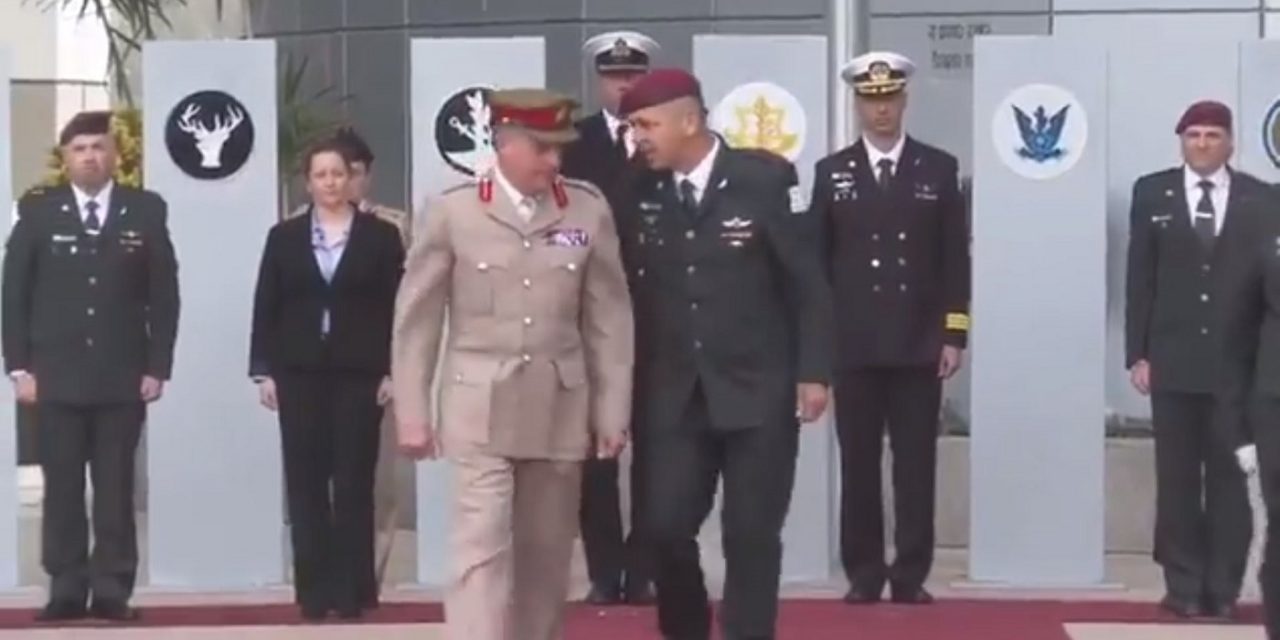 The head of the British Army landed in Israel this week to meet with his counterpart and promote co-operation between the two countries.

The Israel Defense Force’s Twitter account said: “The cooperation between Israel and the UK is strong and it’s getting even stronger”.

During the video, the two chiefs of staff are seen saluting alongside flags from the UK and Israel, before they’re seen discussing the visit in Lt. Gen. Aviv Kohavi’s office.

The visit comes amid growing cooperation between the British and Israeli military. Last year the HMS Ocean, the fleet flagship of the Royal Navy, heralded Prince William’s following visit to Israel. The enormous helicopter carrier docked in Haifa with hundreds of sailors and officers onboard. The event was significant because in the past Britain has somewhat avoided or downplayed public demonstrations of defense cooperation with Israel.

Further cooperation was seen when the RAF, together with teams from Poland, Austria, Greece, Italy and Canada, joined the traditional IAF flyover for Israel’s 70th Independence Day.

And in September 2019, Britain’s RAF  and Israel’s IAF will take part in a joint exercise, the first time the two countries have held such an event.