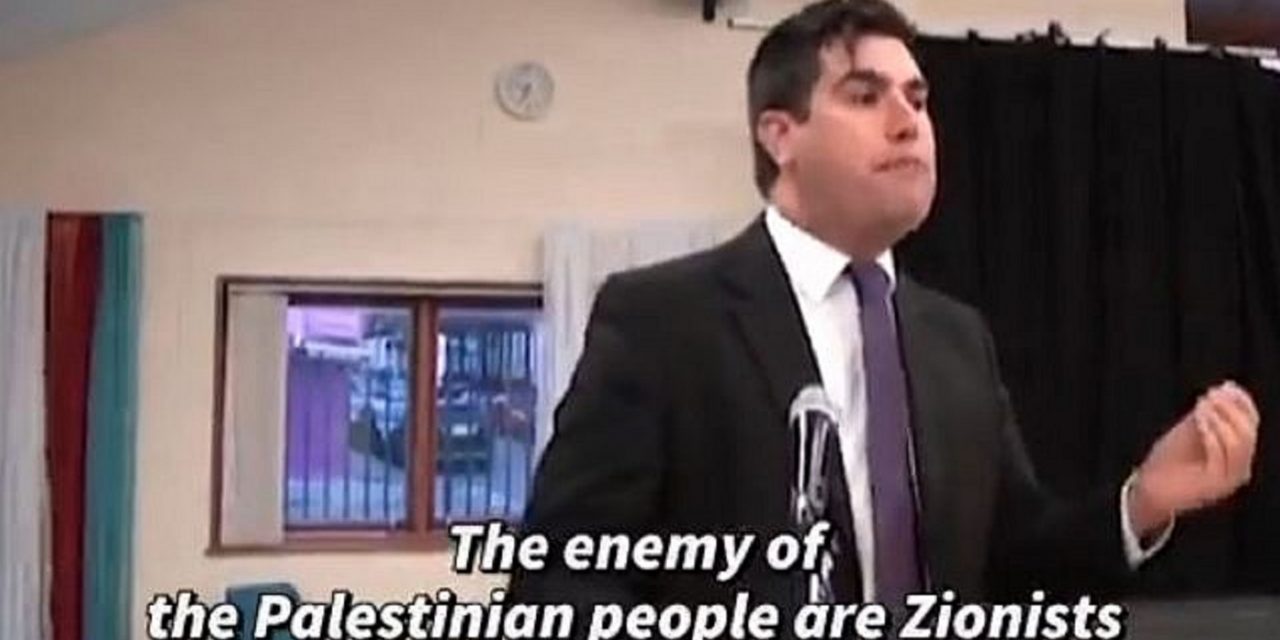 Labour’s shadow justice secretary, Richard Burgon, has received calls to resign after a video emerged of the MP telling an audience that  “Zionism is the enemy of peace.”

The 2014 video has come to light despite Burgon denying that he comment during a BBC interview with Andrew Neil last year.

Footage discovered by the investigative reporter Iggy Ostanin shows the Leeds East MP telling an audience: “The enemy of the Palestinian people is not the Jewish people.

Exclusive: Richard Burgon repeatedly lied to @afneil when he denied saying “Zionism is the enemy of peace”. He said over and over that he wouldn’t have said that because it’s not his view. This video I discovered shows him saying just that in 2014. Watch the whole thing. pic.twitter.com/RRW1M6yxzz

Corbyn pleads "due process" instead of expelling antisemites.
But in the case of Richard Burgon, Corbyn could just sack him from the Labour front bench.
He won't, becasue it is also Corbyn's politics that "Zionism is the enemy of peace" and Corbyn sees nothing antisemitic there.

In response to the video, Labour Friends of Israel director Jennifer Gerber released a statement, saying: “For nearly two years, Richard Burgon has deployed half-denials and weasel words to escape responsibility for his appalling suggestion that Zionism is the enemy of peace.

“Now that we’ve all seen exactly what he said, it’s time for Mr Burgon to apologise both for this slur on the Jewish people’s right to self-determination and for seemingly misleading the public about it.

“Somebody who aspires to be one of the country’s leading legal figures simply cannot behave in this fashion.”

Obviously Richard Burgon should resign. But if he simply sticks to the Corbynite script – issues a ‘clarification’, blames the media, waits for the wave of “what he said was true. This is all a witch hunt” social media support – he’ll be fine.

Our statement responding to Richard Burgon's comments on Zionism. pic.twitter.com/YAVJvq6mSk