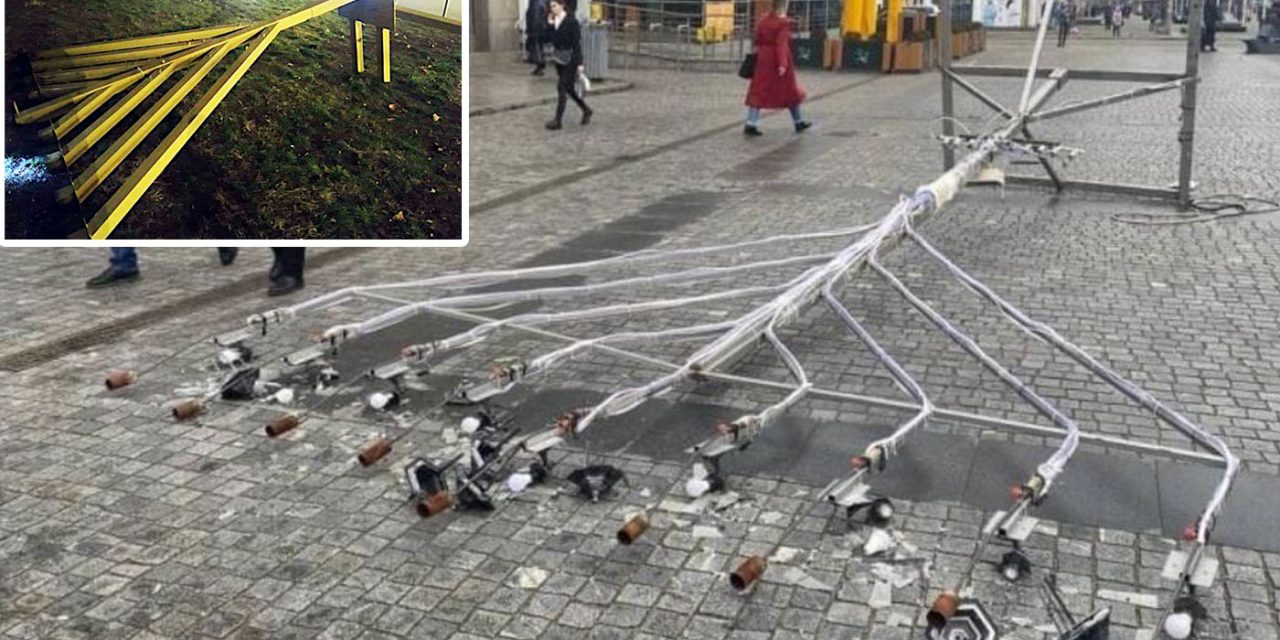 On Monday, 29 November, in the city of Dnipro where police arrested five teenagers on suspicion that they knocked down a large menorah in the city centre.

According to Dnipro’s chief Rabbi Shmuel Kamenetsky, the incident is an abnormal occurrence in the city, which is home to a large and bustling Jewish community.

“This is not an ordinary case for Dnipro, it just reminds us that we are still in exile. The city has a large concentration of Jews, thus quite Jewish in nature,” the rabbi added.

In a separate incident on Tuesday, a menorah that was erected in the Troieshchyna district of Kyiv was knocked down and its lamps were smashed,

Eduard Dolinksy, the director of the Ukrainian Jewish Committee, wrote on Facebook, “The incident is being examined and local law enforcement is working to apprehend those responsible.”

Then, again on 30th November, unidentified individuals cut the lighting strips that decorated a large menorah in Nikolayev, a city in southern Ukraine near Odessa.