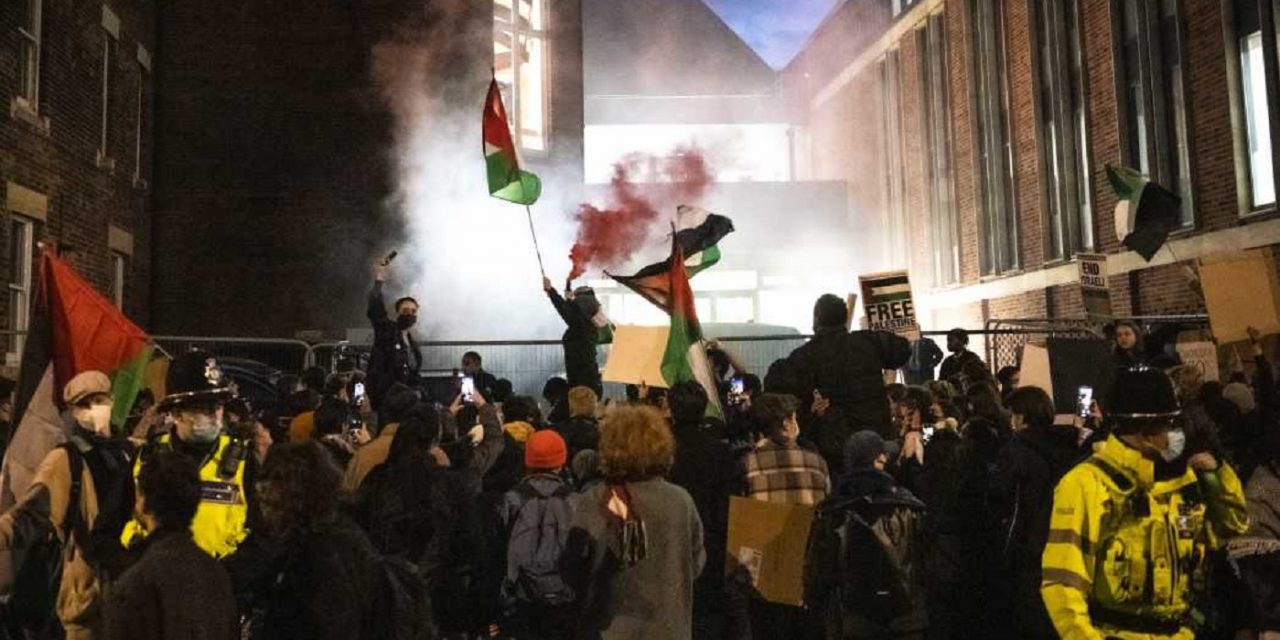 The 100-strong mob gathered outside Cambridge Student Union on Tuesday, chanting “from the river to the sea, Palestine will be free”. Last month, Education Secretary Nadhim Zahawi told the JC that universities must alert police if they hear the chant. But in Cambridge, officers looked on.

Andrew Percy, chairman of the All Party Parliamentary Group Against Antisemitism, said he would raise the incident with university officials.

“Cambridge University needs to investigate the use of this to determine if any of their students were involved and, if so, what action they plan to take against students using a slogan so beloved of terrorists,” he said.

Amid the growing crisis, Universities Minister Michelle Donelan told the JC: “Universities should have a zero tolerance attitude to anti-Jewish racism on campus. At our antisemitism summit, we set out clear actions, including spotting patterns of incidents, spreading good practice and training from the Union of Jewish students and I urge the higher educations sector to take forward these commitments so they have the right tools to tackle these issues.”

EXCLUSIVE: Ministers have vowed to take action after Hamas chant at Cambridge.