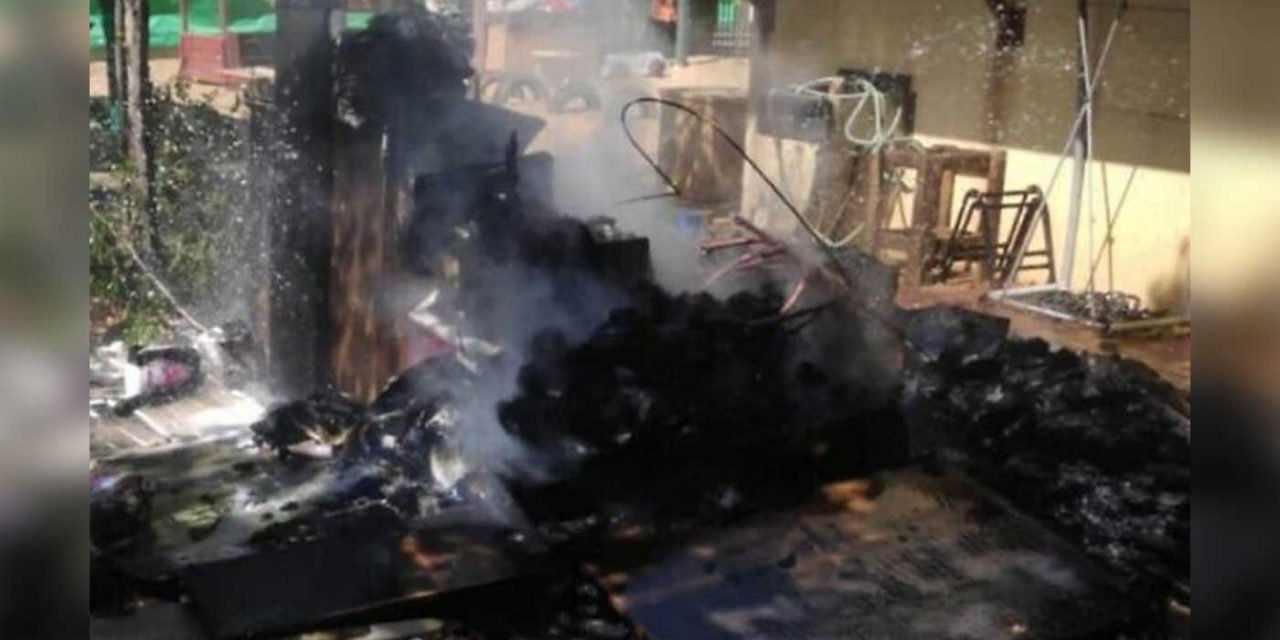 A balloon-borne incendiary device launched from the Gaza Strip was suspected of having started a small fire Monday afternoon outside a kindergarten in the southern town of Sderot. An incident that will no doubt be traumatic for young Israeli families in the area.

Despite no damage being reporting to the building itself, in the image you can see children’s toys, a storage unit and other items belonging to the kindergarten being burned.

This will no doubt cause distress to families who send their children there hoping they will be protected from this type of threat.

No child should be fearful to go to school, these should be safe places for children to grow and develop. And no parent should have to fear that their children could be injured by terrorists. We must continue to pray for these precious families.

Israel’s response to these fire balloons has been robust, with airstrikes into Gaza targeting Hamas terrorist sites. However, it seems more must be done to stop this threat.

This is happening on the Israel-Gaza border RIGHT NOW 😯 #IsraelUnderFire pic.twitter.com/y9hqSjtKwQ