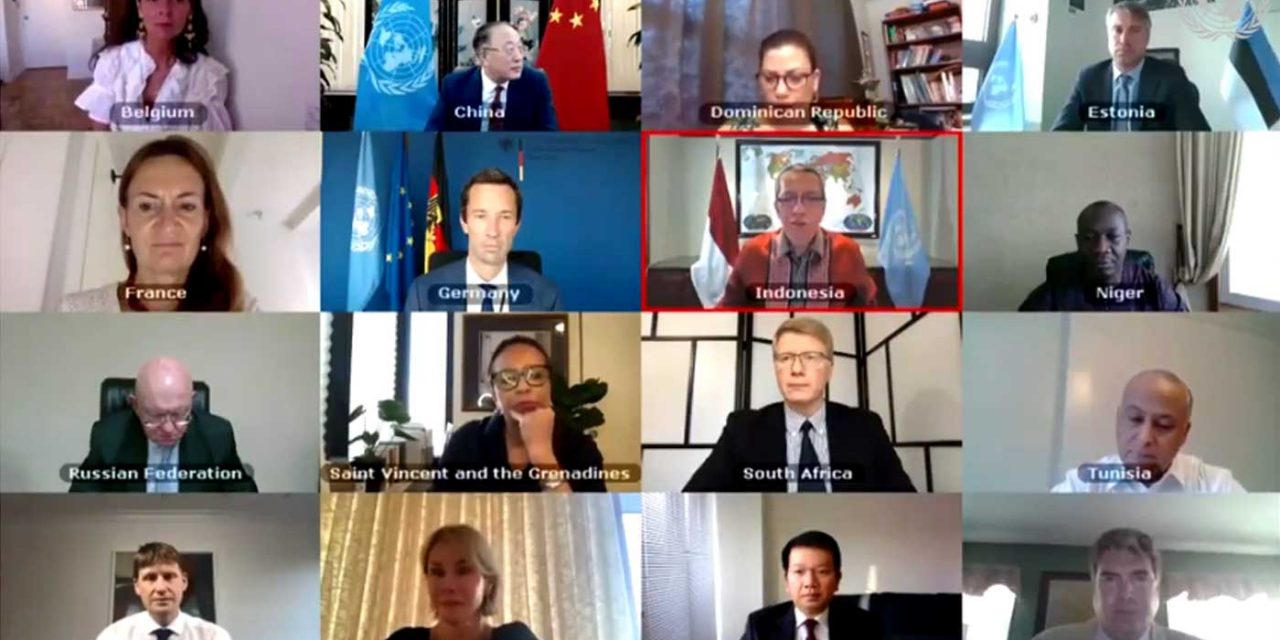 The United Nations Security Council voted on Friday to end its arms embargo against Iran in a decision that has delighted the Iranian regime.

Iran is the world’s leading sponsor of terrorism and has a committed aim of wiping Israel off the map. This move has been welcomed by Iran, who will now feel emboldened. Shamefully, the UK abstained from the vote, choosing to allow the vote to go through unchallenged instead of standing with our allies against tyranny.

Only two of the council’s 15 members voted Friday in favour of the US resolution which sought to extend the arms embargo which is set to expire in October. China and Russia voted against the decision. The remaining 11 countries, including Germany, France, Belgium and the UK, abstained.

The vote is seen to be highlighting the division between Washington and its European allies in how to deal with Iran.

“The decision of the UN Security Council not to renew the arms embargo on Iran is scandalous”, Netanyahu said. “Iranian terrorism and aggression threaten the peace of the region and the entire world. Instead of opposing weapons sales, the Security Council is encouraging them. We will continue to act in close cooperation with the US and countries in the region to block the Iranian aggression. The State of Israel will continue to act with full force against whoever seeks to undermine its security.”

Israel’s incoming ambassador to the UN, Gilad Erdan, who arrived in New York only a few days ago, issued his first statement on Friday’s Security Council vote, calling it “a disgrace.”

“Instead of allowing the terrorist regime in Tehran to acquire deadly weapons, the council should impose crippling sanctions on Iran,” he said. “The council has utterly failed in its responsibility of maintaining international peace and security. This decision will further destabilize the Middle East, and increase the spread of violence around the world.”

Iran, on the other hand, celebrated the vote as a rare diplomatic victory, saying the US has “never been so isolated.”

Here is the video showing the results of the vote that took place.

Surprisingly, the European nations involved in the vote abstained despite the European Union having its own embargoes on Iran, banning the exports of conventional arms and missile technology to Iran until 2023.

The UK’s response was highly disappointing to us here at CUFI UK. The British explanation for not supporting the motion was “because it was clear that it would not attract the support of the Council and would not represent a basis for achieving consensus”.

This is a feeble excuse by the British government.

We expect our government to have a principled stand in this issue and take a leading role in fighting tyranny. Instead, Britain sat on the fence and let others dictate their position for them. To us Brits it matters not what the world does, but we do care how our government handles these situations and Britain’s response this time around is simply unacceptable.

This is especially concerning when you consider how readily the UK votes against Israel at the United Nations but is seemingly afraid of upsetting nations like Iran.