Guatemalan Vice President: “Prayer was key” behind decision to move embassy to Jerusalem 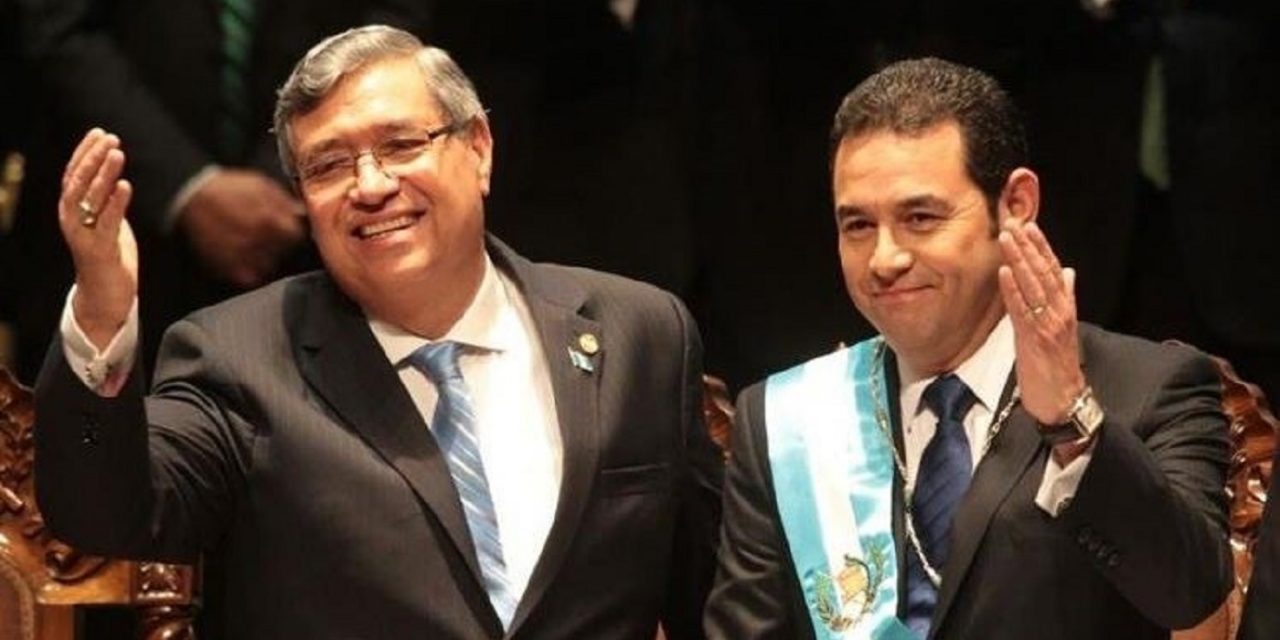 Guatemalan President Morales announced on Sunday that the Guatemalan embassy will be moved to Jerusalem in May just two days after the United States.

The Guatemalan President, an outspoken Christian Evangelical, has been publicly supportive of Israel since the beginning of his mandate.

For instance, after being awarded by the Israel Allies Foundation last month, he said in an interview, “From the bottom of my heart, I tell you, I don’t feel deserving of an award. I’m just trying to do the right thing and allow my God, my people, and history to judge me.”

“Yes, we do share that idea, that prophesy is coming to pass and we are pleased that Guatemala is contributing to having that happen and we hope that it will soon be a reality,” Cabrera said, “This was key to us making the decision to express our Christ-likeness and to express our faith.”

“This was key to us making the decision to express our Christ likeness and to express our faith. We did pray. It was something that we meditated on and that we later on shared with President Jimmy Morales,” Cabrera said.

Speaking together in Washington ahead of the AIPAC conference, Prime Minister Netanyahu said, “Thank you for everything you’re doing, for recognizing Jerusalem as Israel’s capital. I hope soon you will move your embassy to Jerusalem.”

“It is an honor and it is the right thing to do,” Guatemalan President Morales replied.

Guatemala is the first country to recognise Jerusalem as the capital of Israel since Trump’s announcement last December. Morales was thankful that Trump “led the way”.

Morales repeated the decision to move the Guatemalan embassy during his speech this week at the AIPAC conference (see video below).

Morales’ government has been one of the few publicly supportive of Trump decision, voting against the UN resolution condemning Trump’s decision. However, this support has been historical. In 1947, Guatemala was among the first countries to cast its vote for the establishment of the State of Israel and, in 1959, Guatemala was the first country to open an embassy in Jerusalem.

Prior to the 1980s, Guatemala and a dozen other countries maintained an embassy in Jerusalem until UN Security Council called on countries to move their embassies to the Tel Aviv area after Israel’s proclamation of Jerusalem as its “indivisible and eternal capital.”

“It’s important to be among the first, but it is more important to do what is right,” Morales said on Sunday. “Therefore, as President of Guatemala and the person responsible for foreign affairs policy of my country, backed by the constitution of the Republic of Guatemala, I decided to return the Guatemalan Embassy to Jerusalem.”

Morales showed himself positive saying, “We are sure that many other countries will follow in our steps.”