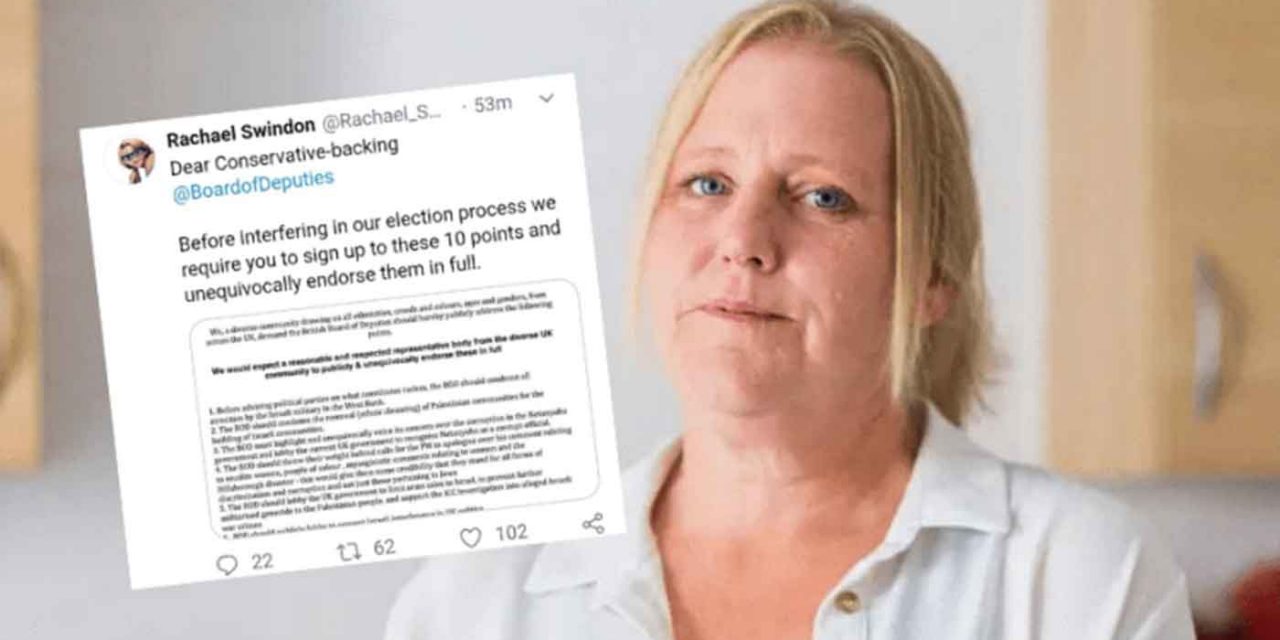 A Labour activist has sparked controversy over her anti-Semitic tweet to the Board of Deputies over the weekend with Jess Phillips joining calls for suspension.

The BoD is not affiliated to any political party and represents Jews from all walks of life. They released their #TenPledges for the Labour party in helping to deal with anti-Semitism.

Today we release our #TenPledges, identifying 10 key points we believe Labour needs to sign up to in order to begin healing its relationship with the Jewish community.

We would expect candidates for Labour Leader or Deputy Leader to publicly & unequivocally endorse these in full pic.twitter.com/fN66jv00c7

— Board of Deputies of British Jews (@BoardofDeputies) January 12, 2020

It seems, however, that because they are Jewish, Rachel Cousins saw red and launched an anti-Semitic “10 key points” of her own, calling on Jews in Britain to condemn “ethnic cleansing” of the Palestinians as well as calling on them to “lobby to prevent Israeli interference in UK politics”.

This is Labour's "fringe" problem. pic.twitter.com/aLLHMYDXtZ

Jess Phillips, who is vying to replace Jeremy Corbyn as leader, called for the immediate suspension of Rachael Cousins from the party on Tuesday.

“This is antisemitism, holding Jews collectively responsible for the actions of Israel. It has no place in Labour. Rachael Cousins should be suspended immediately,” the Birmingham Yardley MP wrote.

Rachel Cousins is very influential in the Labour party. Her twitter account, @Rachael_Swindon, has 76,300 followers and in 2017, she received a personalised Christmas card from Jeremy Corbyn thanking her for “all her help”. She was also given a guided tour around parliament by John McDonnell and Unite the union has provided Cousins with free legal advice in the past, including drafting a legal letter to The Sun to prevent them from running a story on her.

Unsurprisingly, those defending the Tweets are claiming that Cousins is only being targetted because she “speaks the truth about Israel”. This tactic was used before the election, where activists claimed anti-Semitism allegations were simply “smears” against Corbyn because he is pro-Palestinian. A complete twisting of reality.

Rachel Cousins has demonstrated what most of us already realise; her anti-Israel views are fueled by anti-Semitism.

This isn’t the first time her tweets have been linked with anti-Semitism. She has come under fire before for tweeting anti-Semitic conspiracies about the Rothschilds. She has also spread anti-Israel videos that have been found to be fake. 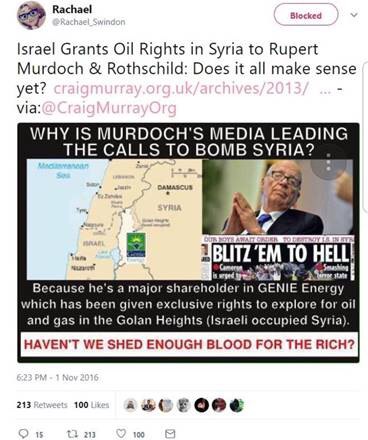