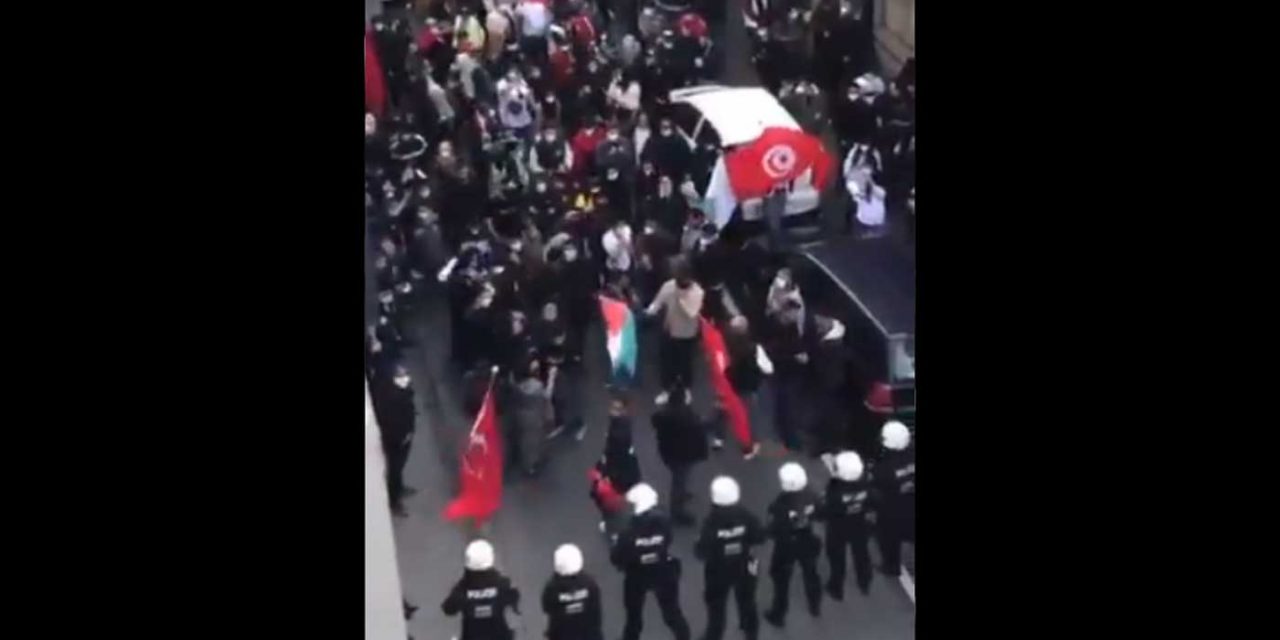 There were shocking scenes of anti-Semitism being expressed on Germany’s streets this week as pro-Palestinian activists chanted anti-Jewish phrases outside a synagogue.

A video of the incident shows a group of anti-Israel protesters gathered outside a synagogue and surrounded by police. The crowd begins chanting “Scheiß Juden” or “Shitty Jews” as police watch on.

Shockingly, none of those gathered were arrested or warned despite Germany’s racism laws explicitly forbidding this kind of rhetoric.

Lawmakers in Germany have repeatedly said they must send a “clear signal against anti-Semitism”, but when it occurs in front of dozens of police officers, the reaction is to allow the chanting without stopping it, and it appears there will be no consequences for those who carried out the crime. Shameful.

“Shitty Jew”, mostly Muslim protesters chant in front of a synagogue in western Germany.
Open anti-Semitism in Germany – not only a problem of the far right. https://t.co/N3TccHh3M7

Some commentators have drawn a connection between this anti-Semitic incident and the events of the past in Germany, where anti-Semitism was expressed on the streets and Jewish places of worship targeted in the 1930s. We all know where that led.

Unfortunately, the anti-Semitism of Hitler’s Nazis has not gone away. Today, anti-Semitism towards the Jewish people takes place in the form of anti-Israel extremism, including the hatred of Hamas and Fatah who are inciting violence and whose members are carrying out terror attacks today against Israel.

As the conflict between Israel and the terrorists of Hamas rages on, these incidents of hatred towards Jews are likely to also increase. We must continue spreading the truth and praying for and defending our Jewish brothers and sister in Israel and around the world.