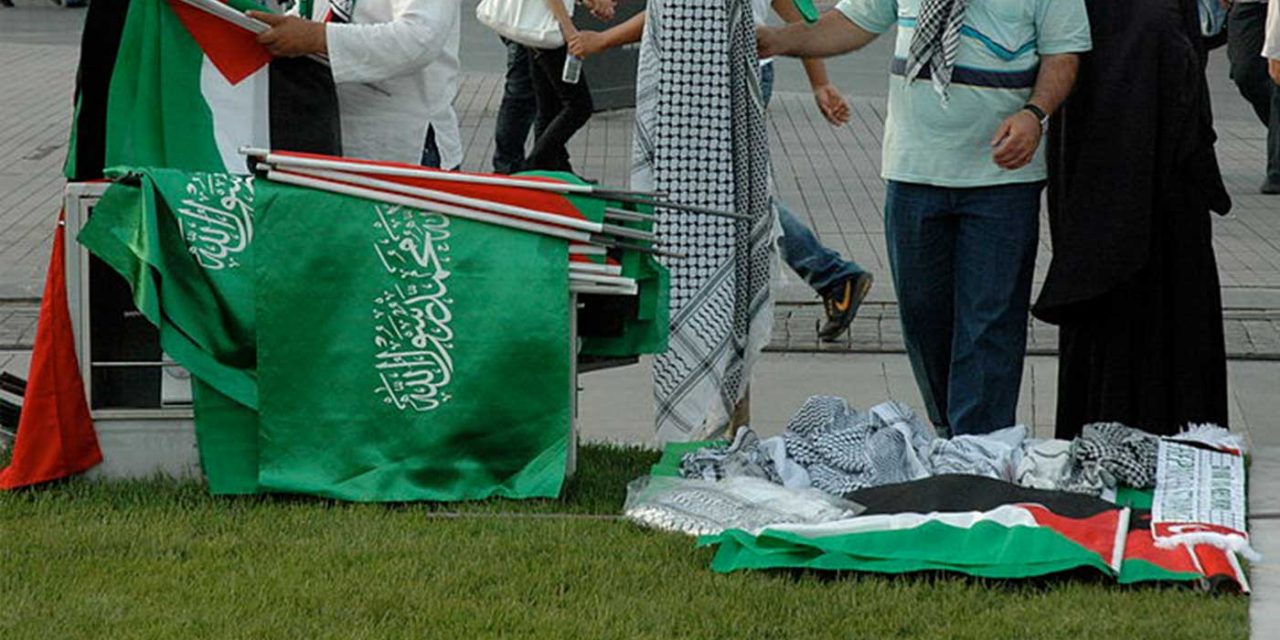 The German government has agreed to ban Hamas flags from being flown in the country following a string of anti-Semitic incidents linked with anti-Israel activism in the country.

All parties in Germany’s grand coalition agreed to ban the flag of the terror group which runs the Gaza strip and launched more than 4,300 rockets at Israeli civilians between 6-21 May.

“We do not want the flags of terrorist organizations to be waved on German soil,” said Thorsten Frei, the deputy parliamentary spokesperson for the CDU and its Bavarian sister party, the Christian Social Union.

“I’m very pleased that the SPD has joined our initiative. In doing so, we can send a clear signal to our Jewish citizens,” Frei added, according to the Welt am Sonntag.

CDU chancellor candidate Armin Laschet had also called for the Hamas flag to be banned last month in response to antisemitic activities in Germany.

During the conflict and in the aftermath there have been a number of anti-Semitic incidents in Germany. Synagogues were attacked, Israeli flags were burned and anti-Semitic slurs were used in cities across Germany.

We are often told being anti-Israel is not anti-Semitic, but not all anti-Israel activists get the memo. When a crowd waving Palestinian flags chants “Death to Jews” or a convoy in London shouts abuse at Jews including “rape their daughters”, or the numerous physical attacks against Jews in America by pro-Palestinian activists, it is clear that the hatred against Israel is more often than not driven by anti-Semitism at its core.