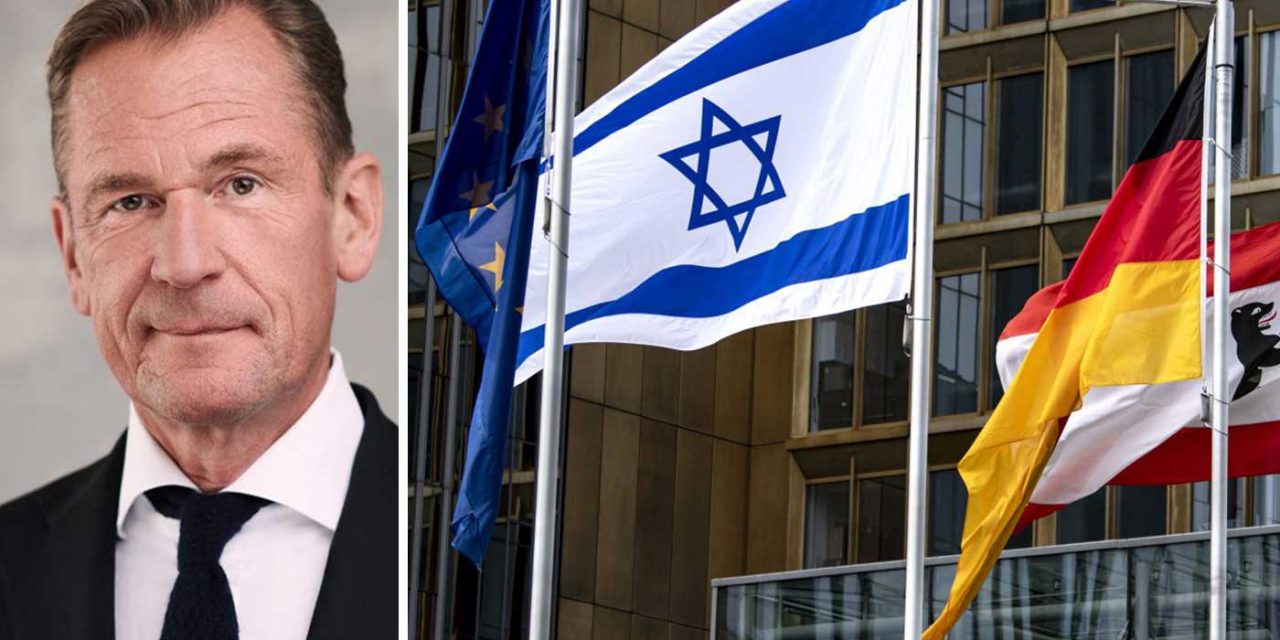 The CEO of Europe’s largest media company has said that anyone upset about the flying of an Israeli flag outside their Berlin office can find work elsewhere.

Axel Springer CEO Mathias Döpfner said, “I think, and I’m being very frank with you, a person who has an issue with an Israeli flag being raised for one week here, after antisemitic demonstrations, should look for a new job,” he said in a video conference with employees around the world.

Berlin-based Axel Springer, which was founded in West Germany in 1946, is the largest digital publisher in Europe. It owns Bild, Die Welt, Business Insider, Politico Europe and many other news brands, as well as Israel’s largest classified-ads website, Yad2.

“We support the Jewish people and the right of existence of the State of Israel” is listed as one of Axel Springer’s five essential values on its website.

The comments were made last Thursday in a video meeting for employees. Döpfner addressed complaints about an Israeli flag being raised outside company headquarters in Berlin.

“After these weeks of terrible antisemitic demonstrations, we at our building headquarters said next to the European flag, and the German flag, [and] the Berlin flag, let’s raise for one week the Israeli flag as a gesture of solidarity,” he said. “We do not accept these kinds of aggressive antisemitic movements.”

Some people said they did not want to work for a company that does such a thing, Döpfner said.

“So, I think that is also a good point… This person does not fit the company and its values,” he said. “It’s very simple.”

Döpfner said he welcomed “critical questions” and that some of those complaining had good points, which he responded to.

“But this fundamental opposition to it leaves the spectrum” of acceptable responses, Döpfner said.

Axel Springer put the Israeli flag up in front of its headquarters in May, following antisemitic displays at pro-Palestinian demonstrations across Germany, including marches to synagogues, shouting slogans against Jews, attacks on Jewish institutions and the burning of Israeli flags.

“Whoever uses such protests to proclaim their hatred of Jews is abusing their right to protest,” German Chancellor Angela Merkel said at the time.

“Anyone who spreads antisemitic hatred will feel the full force of the law,” German Interior Minister Horst Seehofer added.