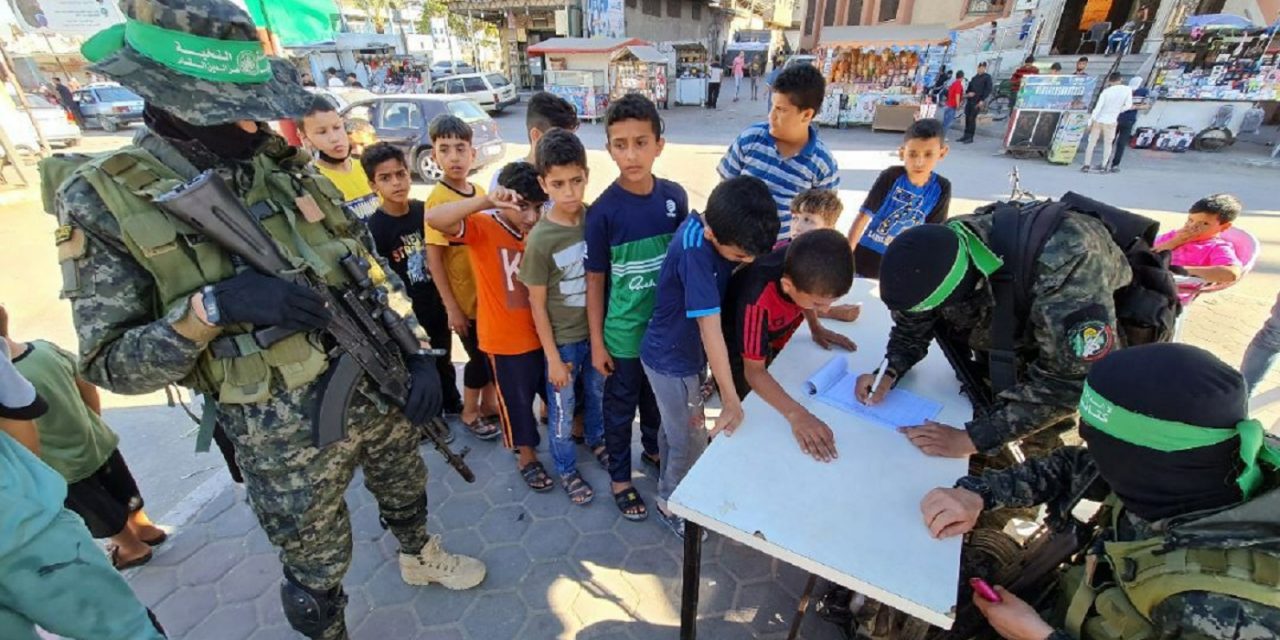 The military wings of the Hamas terror group and the Palestinian Islamic Jihad are recruiting Palestinian children and teenagers for their upcoming annual summer camps to train them and win their support to become future operatives in the terrorist organizations.

The summer camps are “a type of indoctrination into the group’s ideology. What they are trying to do here is to prepare these child minors into possibly joining militant groups at an older age of about 16. There are many child militants out there,” Joe Truzman, research analyst at FDD’s Long War Journal told The Algemeiner. “For someone in Gaza it is normal. They don’t bat an eye. A lot of the children look up to these militants, they are their freedom fighters. There is nothing more honorable than to join one of their militant groups to become a shaheed — a martyr.”

According to David Bedein, Director of the Center for Near East Policy Research, a promotional video for the summer camp suggests that the al-Qassam Brigades, the military wing of Hamas, last week recruited and registered Palestinian children for the program at United Nations Relief and Works Agency (UNRWA) schools in Gaza. Other places for recruitment for the basic military training camps included mosques and other locations in the Gaza Strip.

Under the moniker ‘Sword of Jerusalem,’ a reference to the recent Gaza conflict in May, the al-Qassam Brigades invited four male age groups — from around nine years old at primary school, to high school, college students and adults — to join the camps under the guidance of the terror group’s military advisors. One of the promotional video invitations for the summer event shows children engaged in a number of military training activities from marching with guns, jumping through rings of fire, and crawling out of holes in the ground armed with a weapon. The summer camps are for the duration of one or two weeks at the most, according to Truzman.

“More than 50,000 kids in Gaza have signed up so far to participate in Hamas’ special terrorist summer camps for kids. That’s tragic & unacceptable. Where are their parents?” tweeted Ofir Gendelman, the Israeli Prime Minister’s spokesperson for the Arab media. “Hamas deliberately uses Palestinian kids and civilians in Gaza as human shields. That’s a war crime.”

Read more at The Algeimeiner