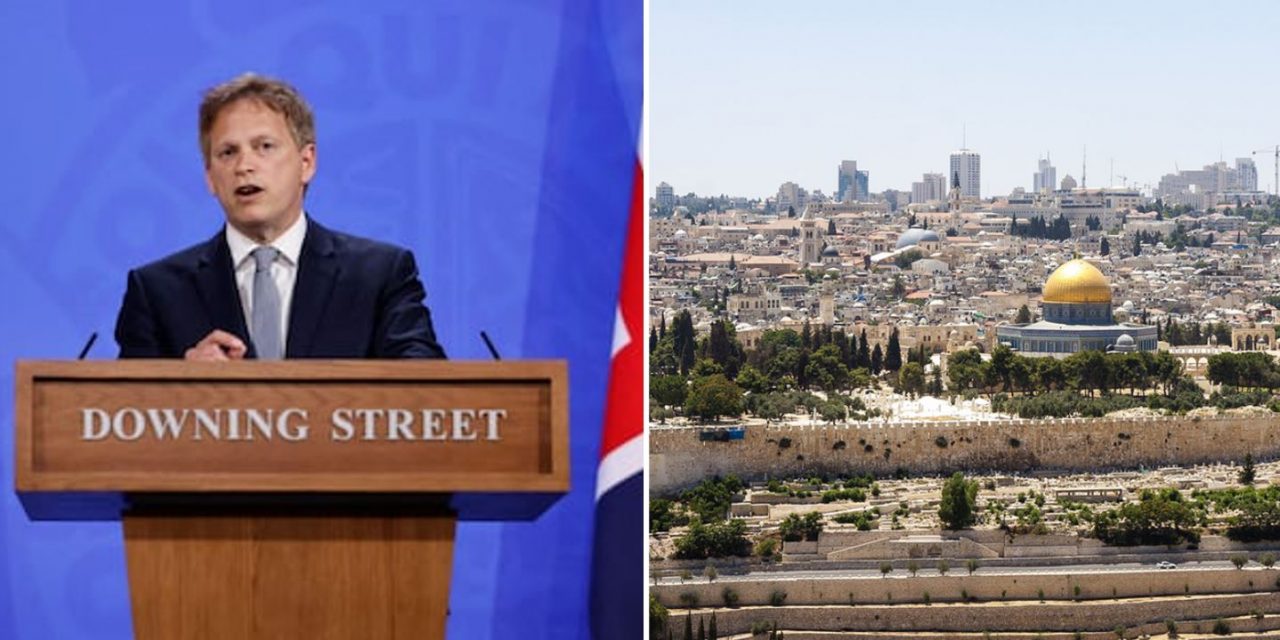 Transport Secretary Grant Shapps added Israel and Jerusalem to the Green Watch list in a much anticipated government announcement on Thursday, but raised eyebrows at deliberately distinguishing the Jewish capital from Israel.

The UK government announced that Israel was now on the list of countries safe to travel from without needing to quarantine. However, when making the announcement, they split Israel from its capital Jerusalem, listing the two separately, which it has not done for any other nation.

“No other capital city has been singled out by the UK government in its travel advice,” said CUFI Executive Director, Des Starritt. “Jerusalem is very much part of Israel. What’s more, it is impossible to go to Jerusalem without travelling through Israel. There is also no medical data to support distinguishing Jerusalem from the rest of the country.”

He continued, “The travel advice pertaining to Jerusalem is yet another indication that the British government is out of touch with the reality that Jerusalem is not only part of Israel, but is the capital of Israel. Although it might seem a minor observation in a much wider issue, why was it necessary to separate Jerusalem from Israel? It is shameful that Israel should be treated with such disrespect and held to a different standard to other nations.”

The inclusion of Israel in the UK’s latest travel rules comes despite a rise in cases in the Jewish state. Distinguished from the Green List, the ‘Green Watch List’ warns travellers that there is still a risk that the destination can move to the Amber List.

Israel & Jerusalem are also added to the green watchlist.

The reason behind Britain’s policy is because the UK sees Jerusalem as “disputed” and lists “East Jerusalem” as “Occupied Palestinian Territories”. This is disgraceful, especially as so-called “East Jerusalem” is home to the Temple Mount, the Western Wall and other holy sites of both Judaism and Christianity.

Furthermore, if a Palestinian state is ever created, the Palestinian Authority says it will not allow “settlers” (Jews) to live in any part of the land. By implication, this means the UK government supports disconnecting the Jewish people from their holiest sites. A disgraceful policy from our government.

This is not only a slap in the face to Jews but also to Christians who believe the Bible and that God gave Jerusalem to the Jewish people as an eternal inheritance.

To highlight how absurd this listing is, let’s also point out that there is no way to travel directly from Jerusalem to the UK without going through Israel.

Travellers to the UK from Jerusalem would be flying from Tel Aviv, Israel, as there are no direct flights from Jerusalem itself. Therefore, the UK has not only failed to recognise Jerusalem as Israel but has also created an unnecessary policy void of common sense for political reasons.